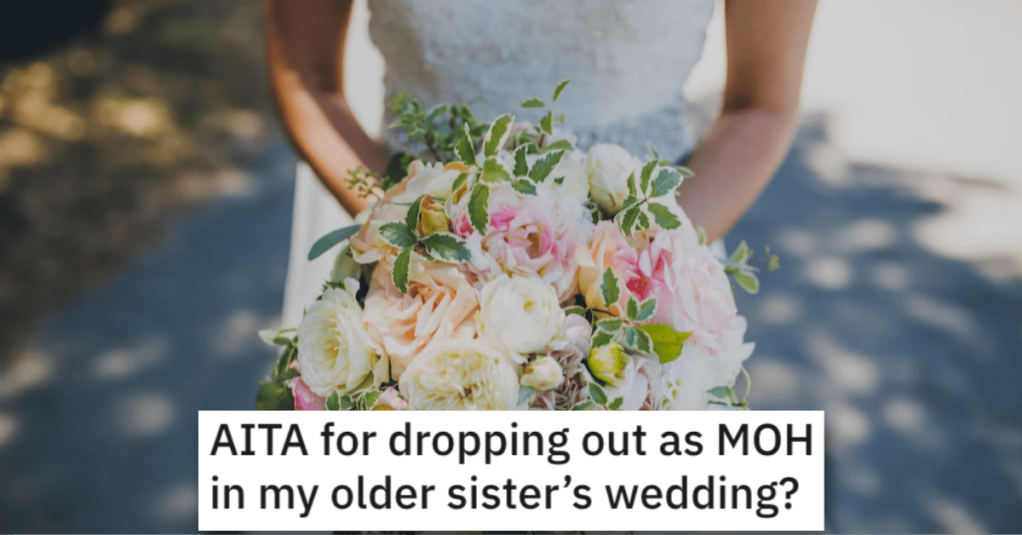 She Dropped Out of Her Sister’s Wedding as Maid of Honor. Was She Wrong?

But that’s exactly what happened in the story you’re about to read.

Was she an a**hole for doing this?

Take a look at this story and see what you think.

AITA for dropping out as MOH in my older sister’s wedding?

Rachel has been through some s**t. She doesn’t talk, she never lets go of this little stuffed elephant, and she follows my mom everywhere. She can’t go to school yet because my mom and her therapist agree that it would be too much for her. Rachel is the sweetest kid ever, though. She’s always down to cuddle and watch a Disney movie and she has the cutest smile. I was even allowed to touch her elephant the other day.

Jenna has always been a pretty difficult person. She hasn’t lived at home in a while. She moved out for college, moved back home for a few months, then moved in with her boyfriend, now fiancé. My parents have been using her room as a guest room but they never changed anything about it. Rachel has also been staying there.

Jenna said they can find another place to put Rachel and she’s not giving up her room. My parents said they already made their decision and Jenna made an ultimatum: either our parents keep her room the way it is or she goes NC.

My dad and I packed all of Jenna’s stuff into boxes and put it in an empty garage. We painted Rachel’s new room, put together furniture, and filled the closet with new clothes and toys. We even built in a snack bar. Rachel loves it. She’s starting to stay in her room more (before she’d only go in her room if she needed to change or sleep) and I’m pretty sure I heard her talking to her elephant. Not as good as talking to a person but we’ll take it.

The problem is, now Jenna and my parents are in a huge fight. Jenna went NC and uninvited my parents from her wedding. In retaliation, my parents announced that they wouldn’t pay for half of the wedding anymore and they’re not going to pay the down payment on a house for Jenna and her fiancé (their wedding present). This has caused Jenna to call them abusive and neglectful to anyone that’ll listen.

I was supposed to be her MOH but I can’t believe she’s acting like this so I dropped out of the wedding party. Now Jenna’s even madder and her fiancé is saying the entire family is being cruel to her.” 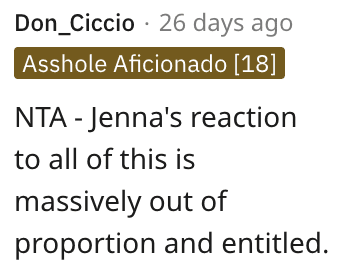 Another individual also said she’s NTA and they had some thoughts about this situation. 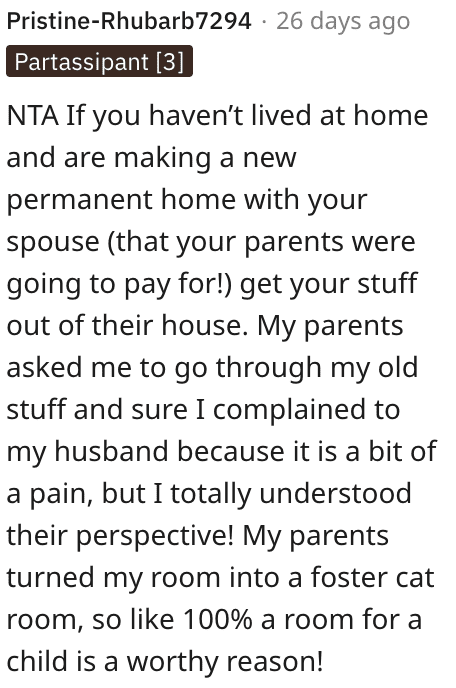 Another reader said that what she and her family are doing for Rachel is a good thing.