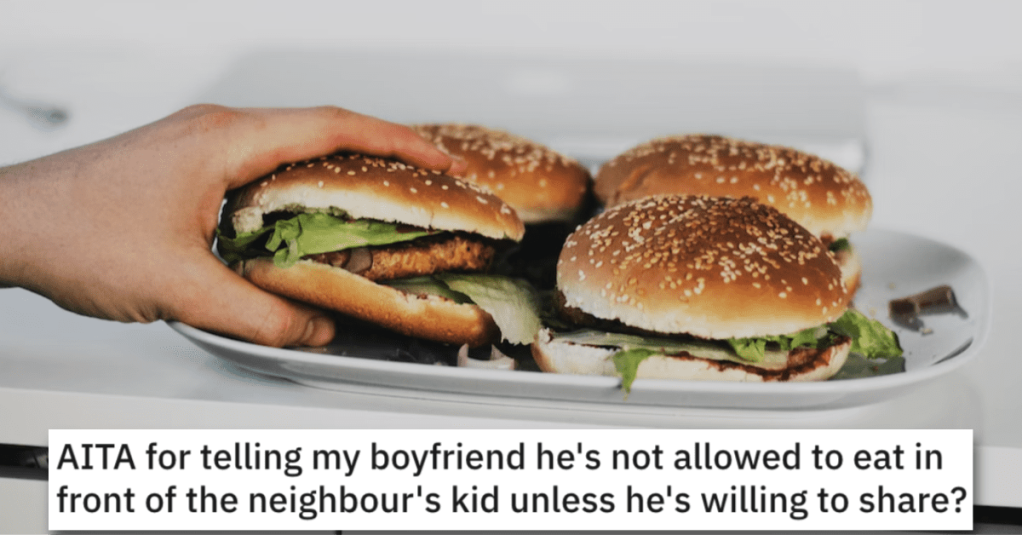 She Told Her BF Not to Eat in Front of the Neighbor Unless He’s Willing to Share. Is She a Jerk?

But that’s the beauty of the “Am I the A**hole?” page on Reddit!

You get all kinds of weird, wild, and wacky stories about people’s lives.

Check this one out and we hope we hear from you in the comments!

AITA for telling my boyfriend he’s not allowed to eat in front of the neighbour’s kid unless he’s willing to share?

My boyfriend said no and ate his plate of food. The kid is 5, when I heard this story it broke my heart. I told my boyfriend in the future to either send the kid home first, or only eat what he’s willing to share with him. My boyfriend thinks he should do whatever he wants in his own home, regardless of whos over.

He also said if it was one of our kids that asked he would of course share. He doesn’t like the neighbour’s kid and feels feeding him isn’t our responsibility.

AITA for expecting him to share or at the very least send him home so he isn’t eating in front of him?”

This person said she’s NTA and that they grew up with Southern charm. 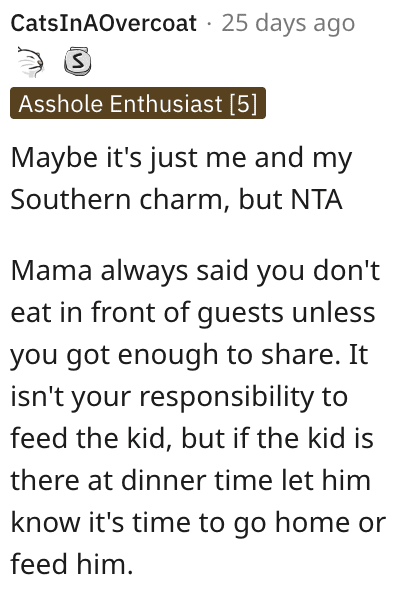 Another individual said she’s NTA and that her boyfriend sounds really selfish.

And this Reddit user said it’s common courtesy to not eat in front of guests if you’re not going to offer them food.

Let us know in the comments, friends!