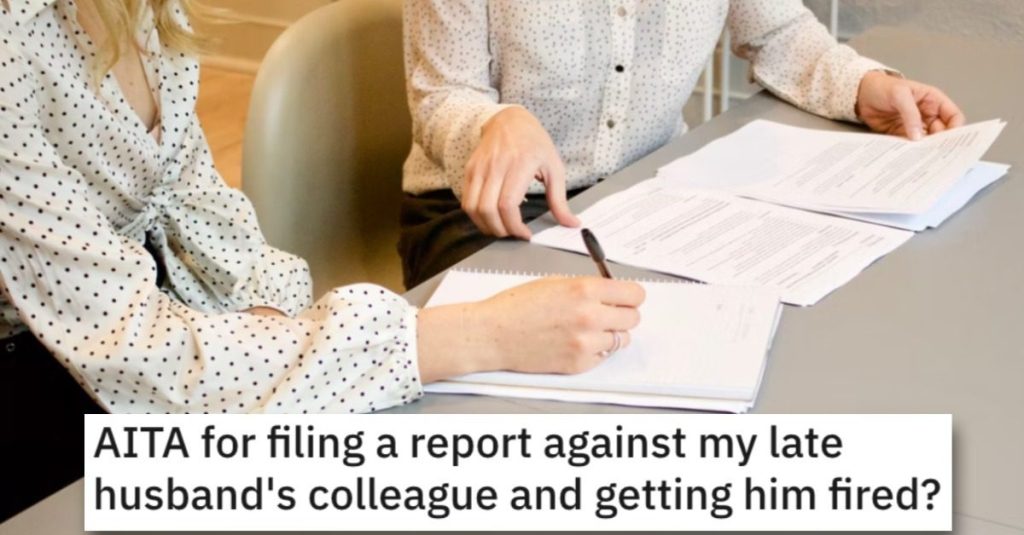 She Filed a Report Against Her Late Husband’s Co-Worker and Got Him Fired. Was She Wrong?

But you probably already knew that, didn’t you…?

And you’re about to meet a real gem, friends…

Check out this story from Reddit’s “Am I the A**hole?” page and let us know if you think this woman stepped over the line.

AITA for filing a report against my late husband’s colleague and getting him fired?

“My husband (33) passed away 3 weeks ago. He used to work for this company for 4 years. He’d known lots of people and made some many friends.

For days I kept getting texts from his colleague “Ted”. I Don’t know him personally I had no idea how he even got my number. When he first texted me I texted “where did you get my number?” And he replied saying he got it from my husband. At first I felt annoyed but then I started getting flirty texts from him.

They started getting more and more inappropriate, I warned him to stop but he sent me a d Pic one night at 3am and asked if I “needed company” since he “knew I was lonely”. I was appalled and enraged I couldn’t even sleep at night. I waited til the early morning to go to the company, straight to his boss and filed a report against after explaining in details about his behavior. He ended up getting fired because the other colleagues said he did me and my husband wrong and disrespected his memory.

He started arguing about how low what I did was coming to his work in hopes of ruining his livelihood. He kept saying it was between him and I and his work place had nothing to do with it but I told him I’ve known only as my husband’s colleague and he was his colleague. He and a friend of his said that I was aiming to get him fired and that he “did nothing” wrong and I could’ve talked it out with him instead.

My mom called him a pos for doing this to my husband and me but also said that he had a point in that I shouldn’t come after his livelihood since the guys has a kid to provide for. I felt bad about the whole thing and now I feel like I made things worse and acted out of emotions.”

This person said she’s NTA and that this guy had it coming.

Another reader agreed and added that this woman was only a widow for three weeks. 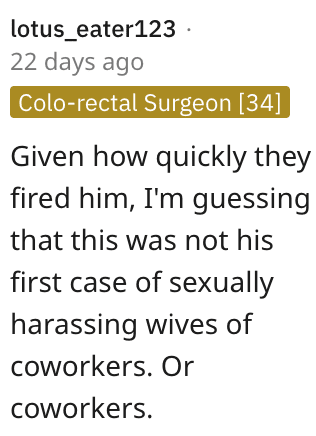