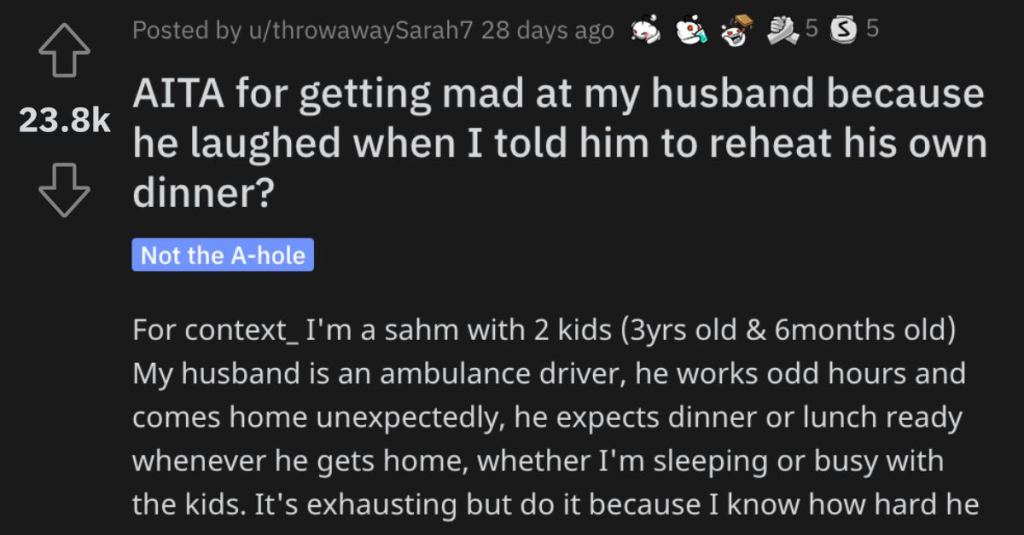 She Got Mad at Her Husband for Laughing at Her When She Told Him to Reheat His Dinner. Was She a Jerk?

But, for the record, that’s just my opinion…and what do I know, right?

That’s why it’s up to YOU to read this whole story and see what YOU think.

Go ahead and get started now.

AITA for getting mad at my husband because he laughed when I told him to reheat his own dinner?

“For context_ I’m a SAHM with 2 kids (3yrs old & 6months old) My husband is an ambulance driver, he works odd hours and comes home unexpectedly, he expects dinner or lunch ready whenever he gets home, whether I’m sleeping or busy with the kids. It’s exhausting but do it because I know how hard he works.

After struggling with this for long, my mom suggested that I start pre-making meals so that dinner or lunch can be ready when he’s home, all he’s gotta do is just reheat it. I immediately got to it and went grocery shopping and spent an entire 2 days making meals and storing them in the fridge. His response to this idea is “whatever”. I was sort of relieved cause now I could sleep properly, the kids care won’t get interrupted etc.

Well, at 11pm last night, he comes home while I’m sleeping after putting the baby to sleep. I wake up to him shouting for me from the living room. I rush out and ask what was happening and he tells me he’s hungry and wants dinner. I tell him it’s in the fridge and just needs to be reheated and he didn’t have to wake me up for it. He tells me I need to go reheat it for him. I say no, not happening and he needs to reheat his own dinner.

He starts laughing sarcastically which got me mad. He then tells me I’m ridiculous to assume that after working no stop for an entire shift that he should be “expected” to do a chore aka reheat dinner himself, when I’m here and I can do it. I start arguing with him after he complains I’m not doing enough and refuse to reheat it then I go back inside the bedroom and shut the door.

He comes an hour later yelling about how I’ve basically made him almost pass out from hunger just cause I’m petty trying to prove a point, I tell him he’s being unreasonable to expect me to reheat his dinner when he could do it himself.

He gives me a nasty look then tells me he’s going to bed hungry and I’m responsible for this then heads out.

This morning he silently gets dressed and leaves while turning his phone off.”

This reader said she’s NTA and this guy is very controlling. 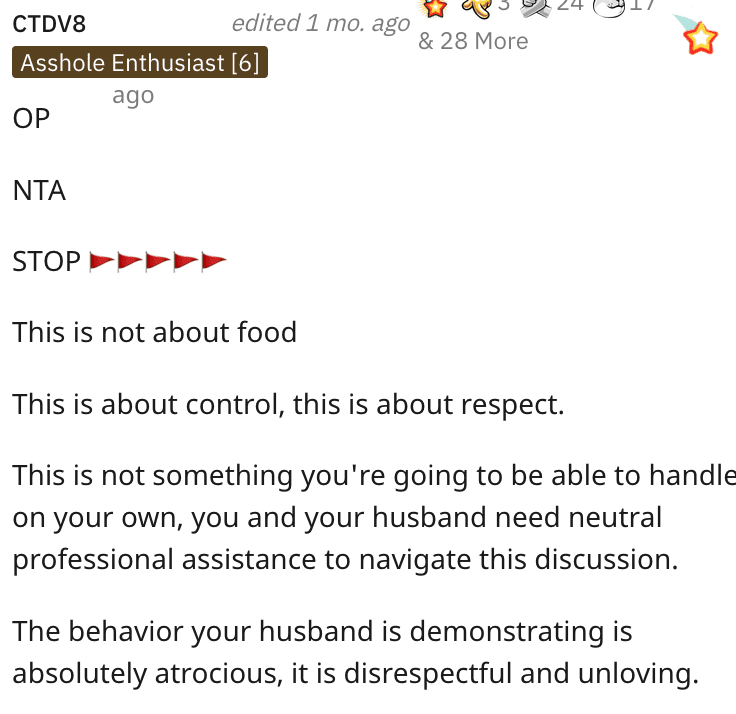 Another Reddit user brought up a good point…how hard is this? 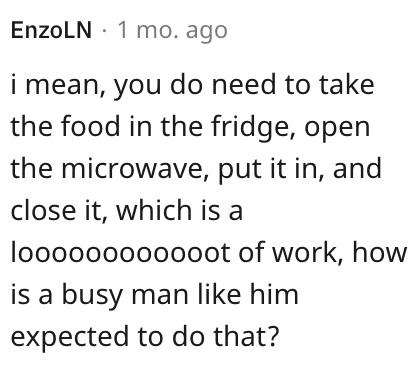 And this person whose spouse works in the same field said this woman’s husband straight-up SUCKS. 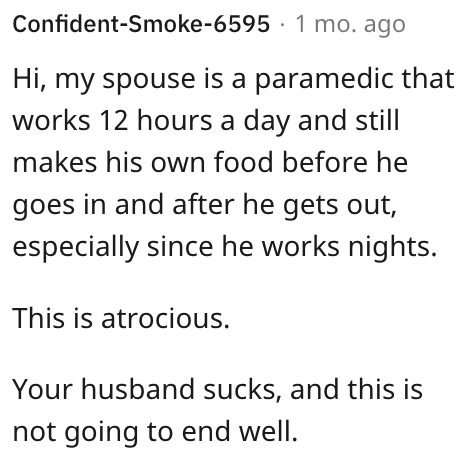