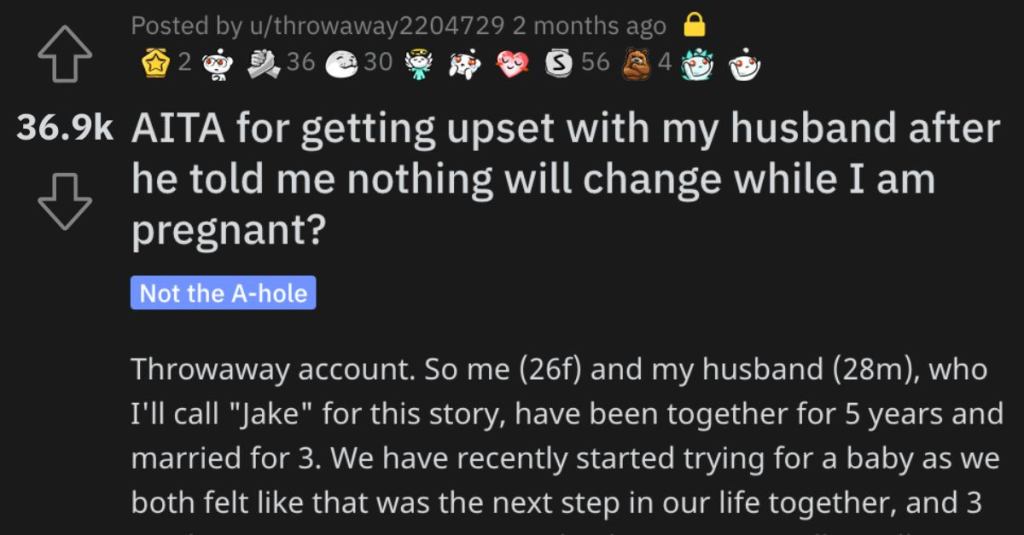 She Got Upset When Her Husband Told Her Nothing Will Change When She’s Pregnant. Is She Wrong?

You’d probably think that things will change for both parties involved if someone in a relationship is pregnant, right?

Because this story from Reddit’s “Am I the A**hole?” page proves otherwise…read on to see what you think about this situation.

AITA for getting upset with my husband after he told me nothing will change while I am pregnant?

We have recently started trying for a baby as we both felt like that was the next step in our life together, and 3 weeks ago I got a positive test back. We were really really happy and told our families, and now my mom and MIL want to throw a big baby shower for us, it was just super good news all around.

Well 2 nights ago me and Jake were getting ready for bed when he reminds me to go through the house and make sure all the lights are off. Now he can be a little lazy at times, and it has become a nightly routine for me to make sure all the lights are off that he leaves on before we go to bed. I wasn’t feeling very well and asked if he could just do it since he wasn’t doing anything and was literally standing by the door.

He then tells me “No, this is what is expected of you every night.” I was a little hurt but I didn’t want to fight with him so I just did it. When I came back Jake goes on this very long and unprovoked rant saying things like “Just because you are pregnant does not mean anything will change” and “You are still expected to cook, clean, and do all the chores every day because how can you be expected to be a mother if you can’t handle a little work.” He wasn’t yelling or anything, he was talking to me quietly like a was 2 inches tall.

I was shocked because I had never heard him say anything like this. The rant went on for about 30 minutes before I interjected and asked “Well what do you plan on doing to help me with all of this.” He then got extremely defensive saying he works his a** of at his job to provide for me and what is going to be our future children.

(For context I don’t work atm, my job was not paying enough to justify me going so I am a full time college student) He ended by saying that it doesn’t matter how I feel physically or mentally, it is a mother’s job to push through, and if he helped and babied me I wouldn’t be a good mother.

I got extremely upset and started yelling and I said that “I wish I would’ve known this is how you felt before I got pregnant with your baby.” There was a moment of silence before he started crying and he left for the night to stay at his mother’s house. He hasn’t been back yet and my MIL and SIL have called me berating me and saying I broke Jakes heart with what I said and I need to apologize immediately, and until I do he isn’t coming home. I don’t know how to feel.

So AITA for yelling at my husband after he said he isn’t helping me with anything during the pregnancy because “its a mother’s job to deal with it”?”

This reader had some pretty harsh words about this situation. 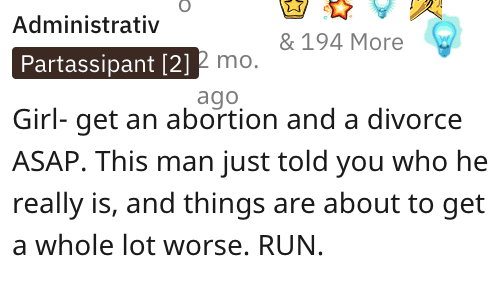 And this Reddit user said this guy probably won’t even let her finish her degree. 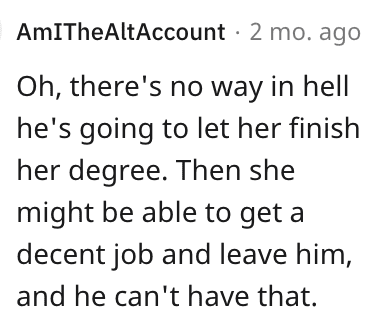 Another individual said this guy sounds like a huge manipulator. 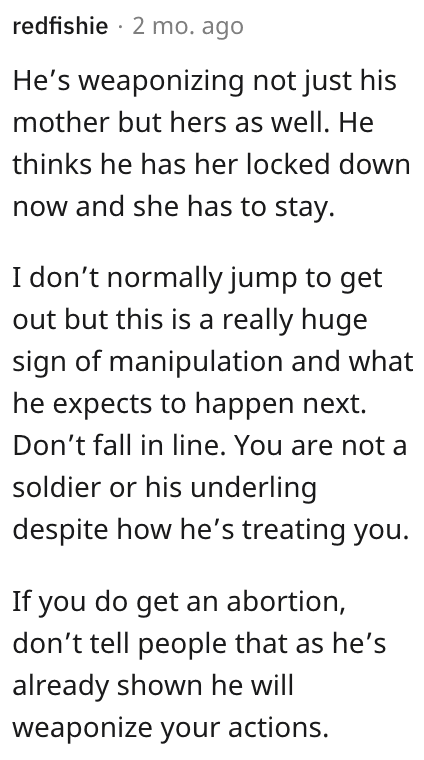 Spill your guts in the comments!