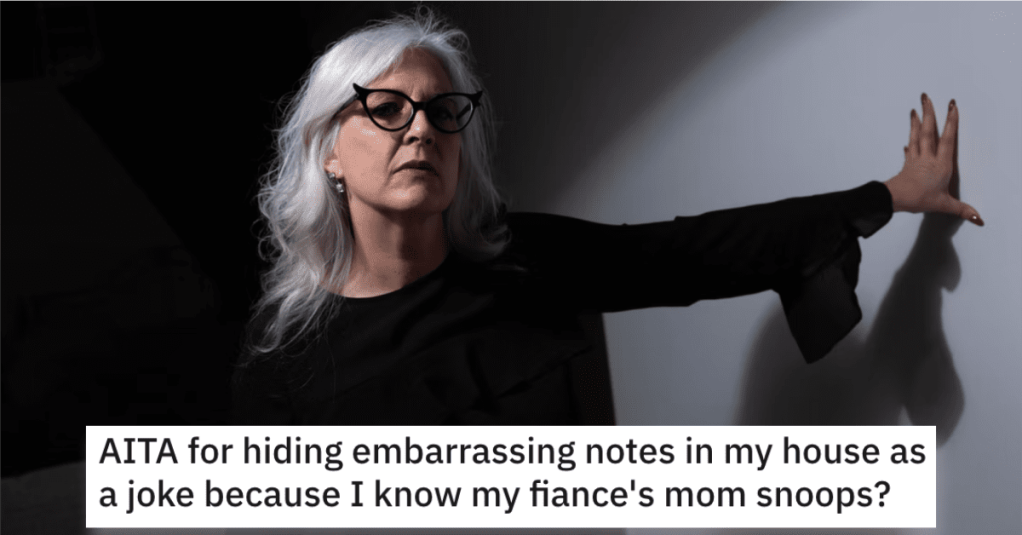 She Hid Embarrassing Notes for Her Snooping Mother-In-Law to Find. Did She Go Too Far?

Or you’re at least gonna get embarrassed in one way or another.

And that brings us to today’s dilemma from Reddit’s “Am I the A**hole?” page!

Take a look at this story and YOU be the judge about whether this woman took things too far.

AITA for hiding embarrassing notes in my house as a joke because I know my fiance’s mom snoops?

“I bought a house seven years ago and I met my fiance, Al, four years ago This year he moved in. We’re talking about making it a home for both of us.

But as of now, he hasn’t moved much stuff in, right now 95% of the stuff and furniture in the house is mine.

When his mom comes over, she’s kind of a snoop. He was used to that, but when she comes to our house, it’s so uncomfortable because she’s just going through my s**t.

When I am bothered, she’s like “I was just helping with chores” etc. He says I should just let her because she has “a lot of nervous energy”

One thing she snooped on was actually embarrassing. In my home office, I had a little “affirmation” post it note on my monitor saying “I am smart, I am skilled, I am deserving of great things” It was a silly thing my therapist recommended to get me in a confident mindset before an interview.

Anyway, she made a comment to about my ego…

But as a joke, I decided to do it again. I had my best friend over and we got wine drunk and wrote a bunch of “affirmations” to hide.

Medicine cabinet: My teeth will regrow! I am sharklike and powerful!

Walk in closet: I am beautiful with clothes and without! Especially without! My boobs are legendary!

There were a bunch more, and my friend and I had a hilarious time writing them.

Next time my MIL came over she saw a few. And she didn’t acknowledge them to me even though she definitely started acting a little weird about me.

I went to run some errands and when I was out, she confronted Al about the notes and was trying to tell him that I seemed unstable, egotistical, and moving in was a bad idea. She showed him the notes and he didn’t really know what to make of it.

He asked me and I said that they were just some silly private notes to boost my self confidence and make myself laugh; how had she gotten them? Had she been going through my things?

He said she was just tidying, and saw them. And they were real weird.

I was like ‘have you met me? You should know how weird I am. Anyway if you don’t want your mom seeing my weird sh**t you’ve got to stop letting her go through my s**t”

He asked if I left them on purpose to annoy her, and I admitted that was kinda the joke, but I also have other weird or private s**t so what I said about her needing to stop snooping if she didn’t want to find weird c**p was still for real.

He said I was making stuff hard for him, his mom was really protective and adjusting to him moving in with a girlfriend for the first time, and I was agitating her on purpose and making her think I wouldn’t be a good partner, when he wanted her to have the opposite impression of me!

AITA for the note prank?”

One reader said that this woman is definitely NTA. 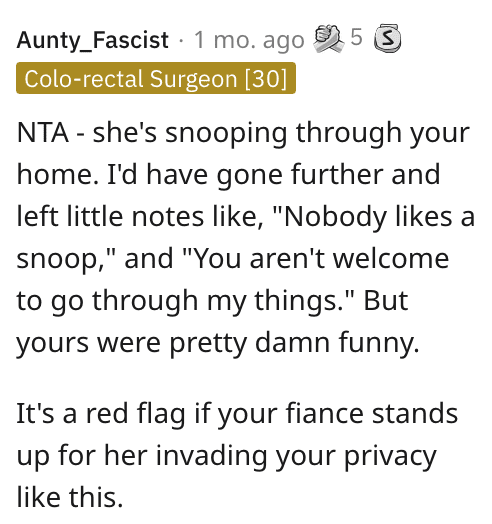 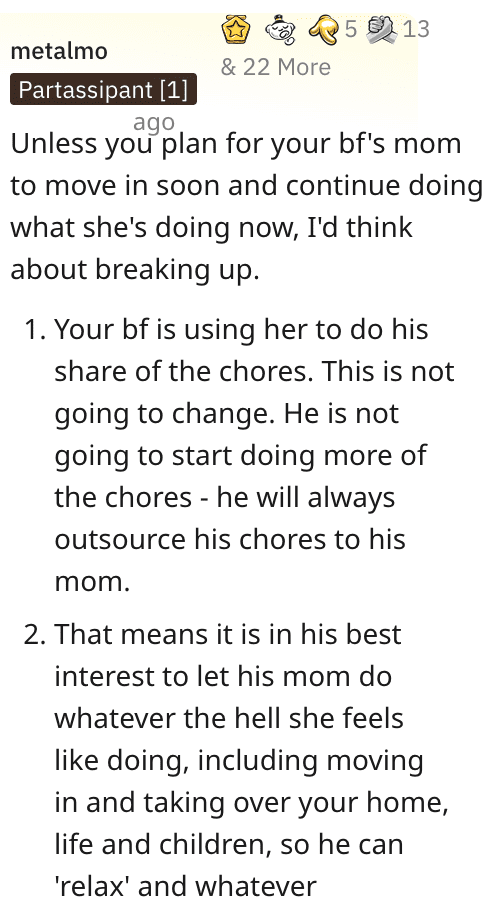 And this Reddit user said that this guy seems to be WAY too attached to his mother. 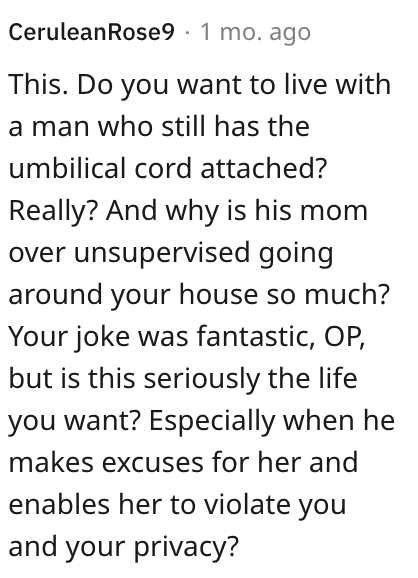