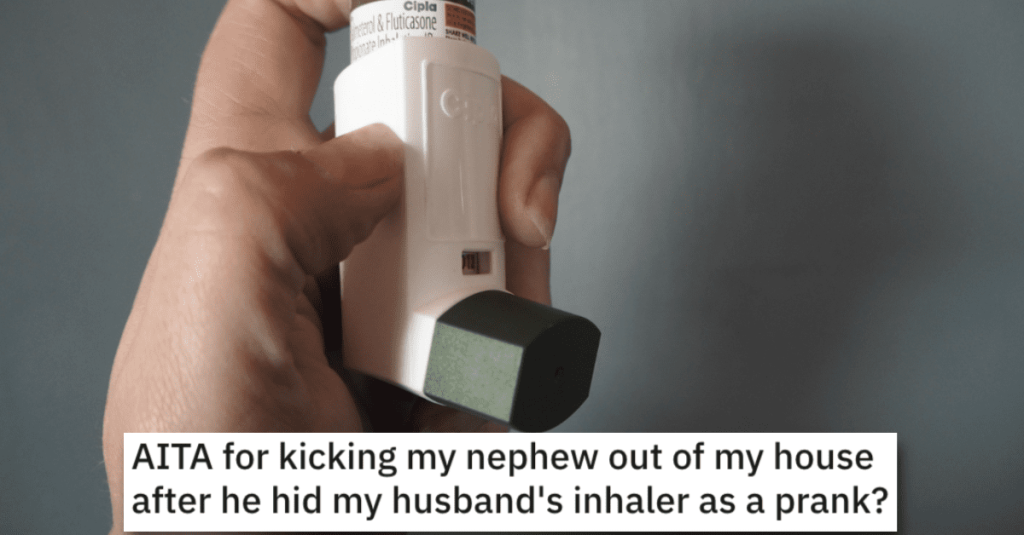 She Kicked Her Nephew Out of the House After He Pulled a Prank. Was She Wrong?

And I think this one falls into the latter category…

Check out this story and decide for yourself if you think this woman was wrong for kicking her nephew out after he pulled a prank.

AITA for kicking my nephew out of my house after he hid my husband’s inhaler as a prank?

“My f30, sister f39 has cancer. She’s a single mom of her 16 year old son. We were asked to take him in while she gets treated so we could help him focus on studying and provide a normal routine for him.

My husband has asthma. He needs his inhaler throughout the day. Thing is, my nephew is a prankster. He’d hide the inhaler as a prank then give it back as soon as there’s panic in the house. So far he’s done it 2 times and thought it was just him “messing around”.

The other day, My husband called me while I was at work panicking saying his inhaler was lost. I asked if my nephew had taken it as a prank,mbut he doubted it since my nephew would give it back instantly after we panic. I got home and we looked for it for hours and had to go to thd hospital eventually.

When we got back, We found it sitting at the coffee table. My husband and I looked at each other and next thing we knew. My nephew was giggling upstairs. In that moment, I just lost it. I yelled at him then told him he was no longer welcome in my home.

He started panicking and my parents called me to get to the bottom of what happened, but still defended him saying it was a prank and that I took things too far by kicking him out while his mom is struggling. They insisted I take him back but I refused.

Now they’re giving me hell about being unsupportive and making things more difficult for my struggling sister. They even blamed my husband for not keeping his “things locked away”.

AITA Did I make a hasty decision?”

One person said she’s NTA and that this kid knew what he was doing.

Another reader said this kid should probably do a little time in juvie to learn a lesson. 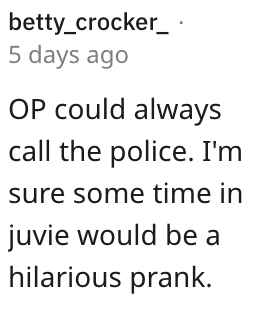