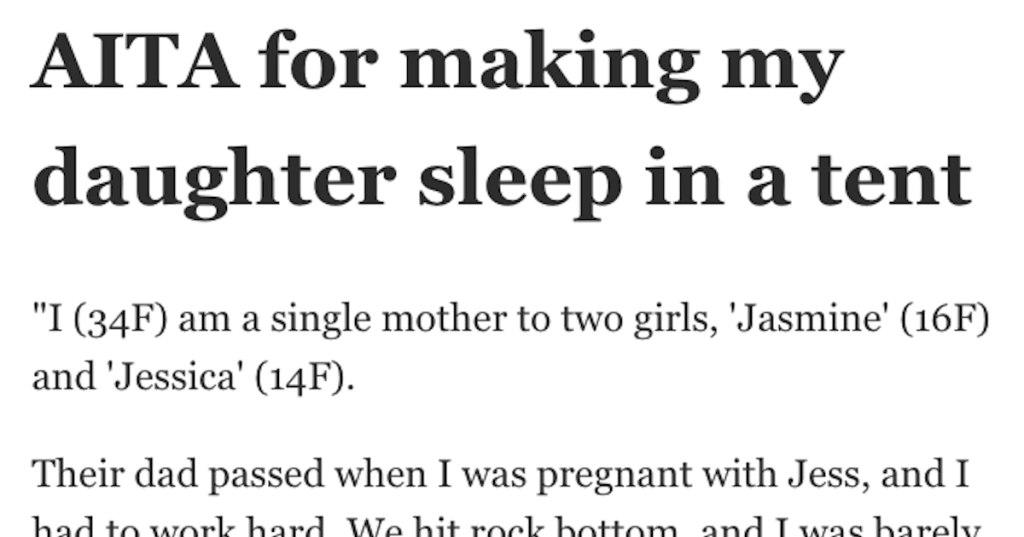 She Made Her Teenage Daughter Sleep in a Tent. Does That Make Her an A-hole?

But that means it’s gonna be a good story that we can all comment on!

And this one is a doozy.

A single mother of two girls shared a story on the “Am I the *sshole” forum on Reddit about how she chose to discipline one of her kids.

AITA for making my daughter sleep in a tent

Their dad passed when I was pregnant with Jess, and I had to work hard. We hit rock bottom, and I was barely making pay cheque to pay cheque but I managed to get a degree, become successful and we live well. Point is, I know how f*cking hard it is to be at the bottom of society, and my daughters know this, which is why I was livid at my daughter’s actions.

Yesterday, Jasmine showed me a video of Jessica cussing a homeless man out and telling him, ‘stop asking me for money, you’d earn it yourself if you weren’t so f*cking lazy and spending what you earned on substances.’

When the homeless man complained about the cold (we live in Northeast England), Jessica responded ‘Yeah people camp for fun, even in December, you can’t complain, you’re living someone’s holiday.’ Fury was an understatement for what I felt, as I thought I had raised an empathetic daughter.

Along with finding the homeless man and making her apologise and help pay for a hotel room for a night for him (she paid £20), as well as signing her up to volunteer at a food bank – I decided to take her up on her offer of sleeping outside.

I locked her bedroom door so she couldn’t go in, put a sign on it saying Closed for the holidays, pitched a tent in the garden and filled it with blankets and the sleeping bag I used when I was camping in Norway on a family holiday as a teen (aka really bloody thermal).

I slept in the room closest to the garden for that night so I was nearby if anything was to go wrong. She was reluctant to do it, but chose it over the option of not having access to her phone until the Christmas holidays are over.

In the morning, she was crying about how horrible it was to wake up on a cold mat and get disrupted sleep due to birds. After comforting her, I asked her would she like to do that everyday like the homeless man. It struck a cord with her and she was crying over her actions, while even after the £20 she was rolling her eyes and her apology was not sincere.

This afternoon, I came home from work to Jessica making a big meal to donate to the homeless people who live on the road near our house. I was proud of how she turned over a new leaf, and after taking the food to the people, my sister came over. Apparently, my nephew and Jessica were talking at school, and he asked her about her plans for the afternoon, and she said that she was going to cook for the homeless.

My nephew asked what triggered that, and Jess told him everything, which he relayed back to his mum. My sister said that my punishment was too harsh, and just the £20 and the food bank would have done the trick, and I was acting irrationally due to my past. Now I’m second guessing myself.

Let’s see what folks on Reddit had to say about this story.

One person said she thinks the mother did the right thing and that it most likely changed her daughter’s horrible attitude. 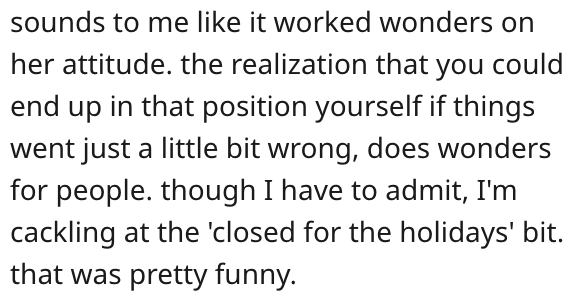 Another person said that the mom taught the child a good lesson and most importantly taught her EMPATHY. 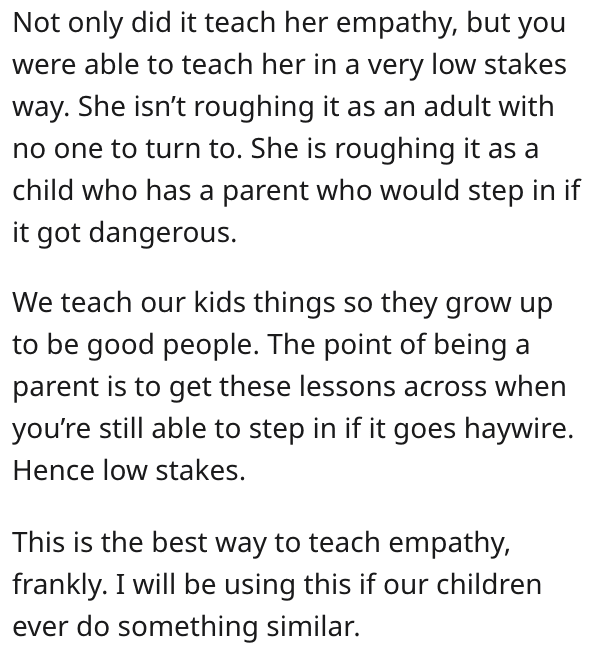 One Reddit user called the mom’s actions “the most appropriate punishment.”

And they stated the obvious: kids can be real jerks sometimes, so they need to be put in their place when that happens. 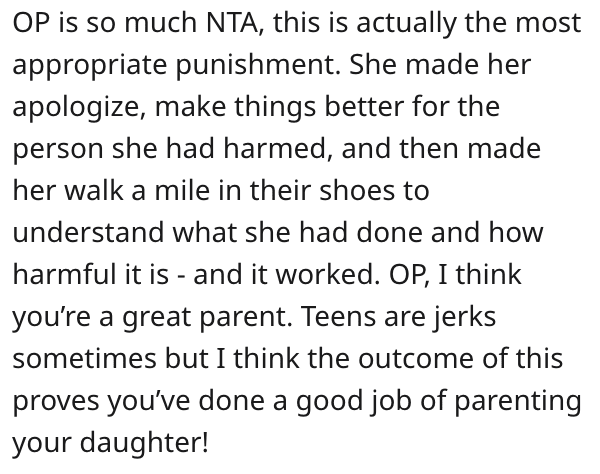 One person got right to the point: the woman’s daughter got off easy.

Finally, a reader said that the mother did the right thing and there was nothing cruel about this life lesson. 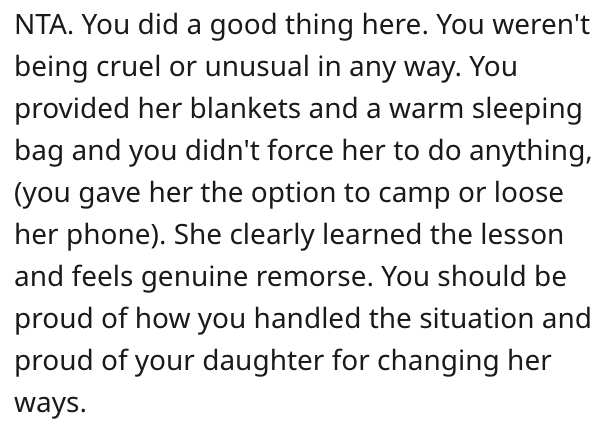 Sounds like this family is going through a really tough time…

Is this woman an *sshole? Talk to us in the comments. Thanks!