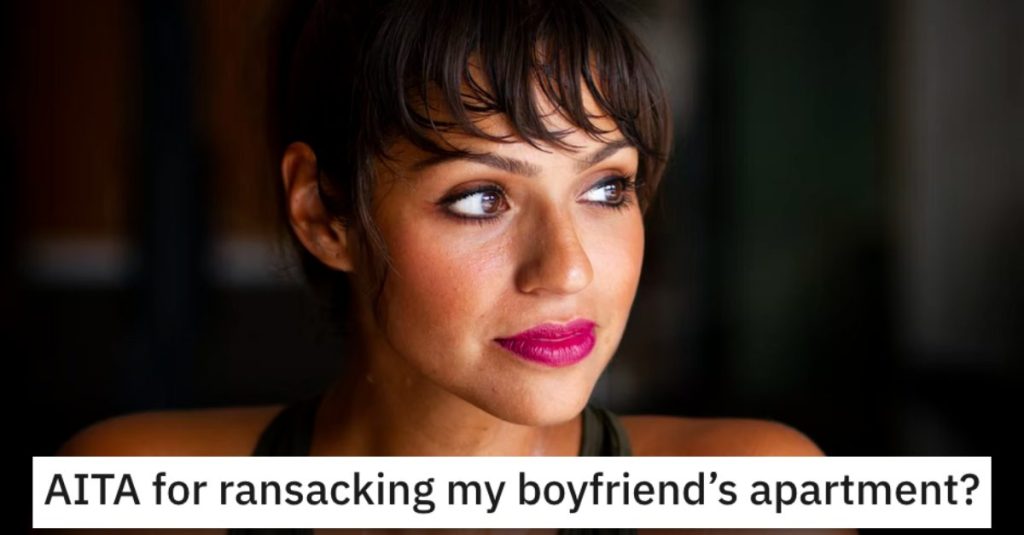 She Ransacked Her Boyfriend’s Place. Was She Wrong?

The title of this one looks pretty bad…I’ll admit it.

But, as it is with all of the stories that people post to Reddit’s “Am I the A**hole?” page, you gotta get all the details before you can start sounding off in the comments.

So check out this story that a woman shared and we hope to hear from you!

AITA for ransacking my boyfriend’s apartment?

Things were fine until I (against my better judgment) moved into his place a couple months ago. Since then, he’s been getting kind of possessive and protective. I immediately told him to cut that s**t out because it’s off-putting, and things seemed to get better.

Anyway, I have a friend in Mexico who is getting married. I’ve been excited to fly down for her wedding since she told me she was engaged a year ago. However, Jake has made it clear that he doesn’t want me to go. He says Mexico is too dangerous, even though I’ve been there many times and even lived there for a year, speak Spanish, have friends there, and know my way around. No matter what I say, he doesn’t want me to go.

Then a couple of days ago my passport went missing from my nightstand. I’m supposed to go tomorrow, so I wouldn’t have time to get a new one. I looked everywhere, no luck. When I asked Jake about it, he behaved a little suspiciously, but I dismissed it because I couldn’t believe he would actually take my passport to keep me from going.

But he’s been giving me some red flags, so I decided to have a thorough look around. When he went out this morning, I started going through everything. As I searched, I became increasingly certain that he took my passport.

I started off carefully picking through drawers and cabinets, but as my anger grew, I became a lot less careful. I started turning out drawers, pried open a briefcase, made a total mess. But I found it. It was behind some books on the bookcase in his study. I never go into his study. He definitely put it there.

Now he’s furious with me for going through his things and ransacking his place. He said he would have given my passport back, and there was no need for me to “go crazy.”I’m just angry that he took it to begin with, and I don’t believe him when he says he was going to give it back.

This is only my third serious relationship, and I have no perspective on this kind of thing. AITA for “overreacting” and ransacking my (ex)boyfriend’s place?”

This reader said she’s NTA and she needs to leave this guy immediately. 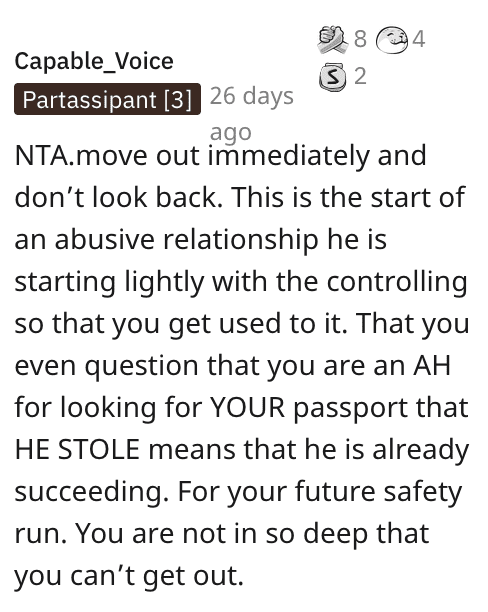 And this Redditor added that she should never have a conversation about closure with him.

Another person said that this whole situation with the passport was deliberate. 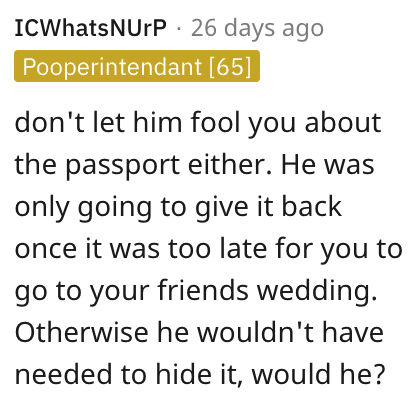