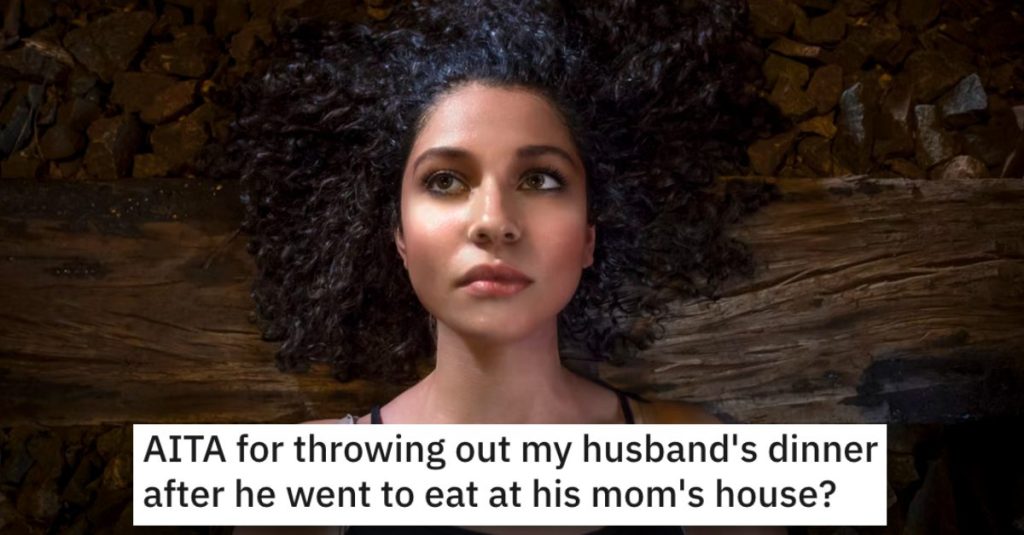 Was This Woman Wrong for Throwing Out Her Husband’s Dinner After He Left to Eat at His Mom’s House? People Responded.

Your dinner is going straight into the trash can!

You know if that happens, then you probably messed up pretty badly.

But let’s get all the facts before we make a judgment, okay?

Read on to see what you think about this story from the “Am I the A**hole?” page on Reddit.

AITA for throwing out my husband’s dinner after he went to eat at his mom’s house?

“My mother-in-law calls every night to ask what we’re having for dinner. Then she brags about what she’s cooking to make me look bad, especially if we’re getting takeout. I used to care but not anymore.

But my husband would ask me to make dinner only for him to go eat the dinner his mom makes at her home. which’s 10 minutes away and using the “that’s my favorite meal” excuse.

Yesterday, I wanted to surprise him by cooking one of his favorite meals and although I was busy, I took time off work to cook. I even went grocery shopping to get what I needed. Later as I was setting the table his mom called, I told him he didn’t have to answer but he did. like usual…she asked what we were having but acted surprised that I cooked this meal.

She then went on to tell him she cooked X meal and told him to come over. He said ok which shocked me, I said “seriously?” as he started dressing up getting ready to leave. he told me no offense but this meal (that his mom cooked) was even more of a favorite than the one I cooked. and grabbed his keys and left.

I felt awful. I took his plate and threw it out then ate my portion. As I was about to put the plate in the dishwasher, he got home looking angry saying his mom lied about cooking that favorite meal, and used it as an excuse to force him to eat dinner with her. I was shocked but he sat down telling me to go ahead and reheat dinner.

I told him no dinner after he abandoned it, I threw it out. He said what?? and I told him he disrespected my time and effort and chose to go eat with his mom instead. He began yelling at me asking if I really did that then called me petty and horrible then went upstairs saying what I did was 100 times worse than what his mom did.

I definitely feel like I let my anger and frustration get the best of me but it really felt unbearable having to live like this for so long. By the way I’m 26 and he’s 28.”

Now take a look Reddit users had to say.

This reader said this woman is NTA…and they had some other thoughts. 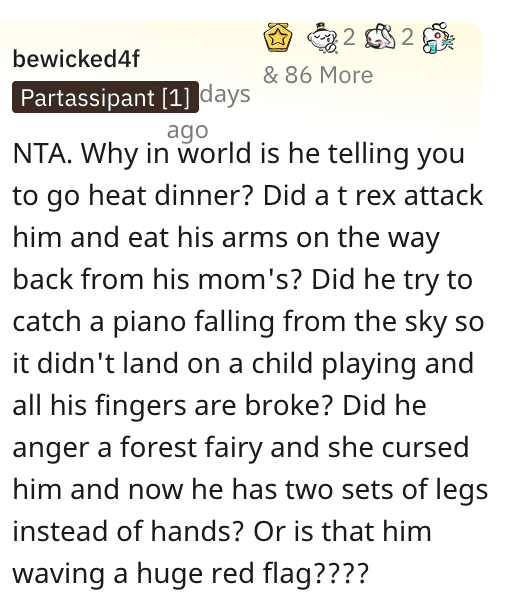 And this Reddit user said HELL NO to this guy. 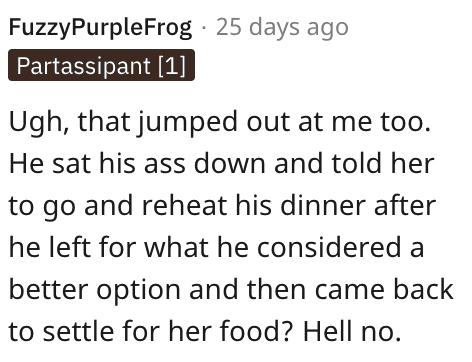 Another person said she’s NTA and that it appears she’s in a toxic relationship. 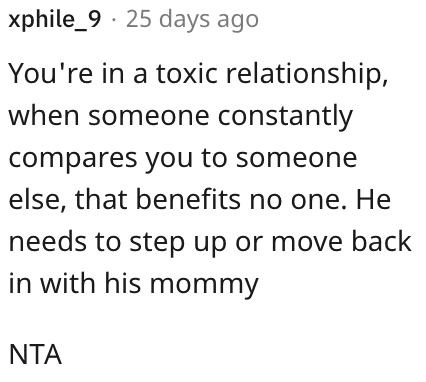