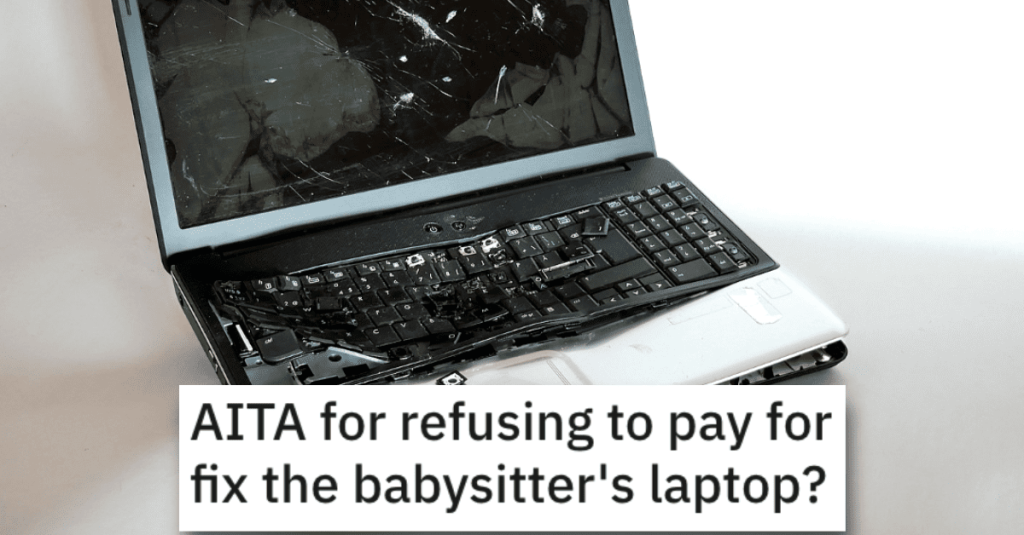 She Refuses to Pay to Fix the Babysitter’s Laptop. Is She Wrong?

You want me to pay for that?

And it’s not gonna happen!

But let’s get all the details before we decide if this woman was out of line for refusing to pay to fix her babysitter’s laptop.

AITA for refusing to pay for fix the babysitter’s laptop?

“I (single mom of 2) hired a babysitter after I started working a new job (used to do wfh for 2 years).

My kids are 8 & 6. The babysitter is 17. she brings her laptop with her to study which is perfectly ok with me as long as she keeps an eye on the kids.

Yesterday, I came home and the babysitter showed me her laptop that got broken by my youngest. I was shocked I asked how this happened, and she said that she left the laptop in the livingroom and went to make the kids lunch but my youngest grabbed it and ran with it til he dropped it and broke the screen.

I said that was horrible and apologized to her but stated it was her fault for leaving the laptop within reach of children. She said she thought my kids were old enough to know not to touch others stuff. I explained how they might have thought it belonged to us since it was in our house.

She asked if I could pay for it to get fixed but I refused and insisted it was her problem not mine. She ranted about having exams soon and not having enough money to get it fixed. We argued and I had to tell her to go home after she presisted.

Later on, I got a call from her dad basically blaming the whol thing on me, and demanding I pay to get the laptop fixed but I still refused. now she’s refusing to come again unless I pay her for the laptop repair even though I paid her in advance to watch the kids.”

One person said she’s an a**hole and that her kids should know better. 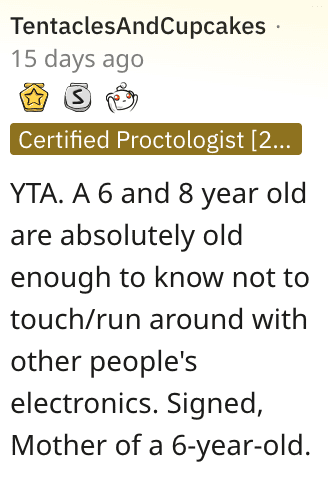 And this individual said her kids who are even younger would know better than to do this and that she’s concerned with this woman’s response.

Another individual said she’s an a**hole and parents are supposed to pay for what their kids destroy. 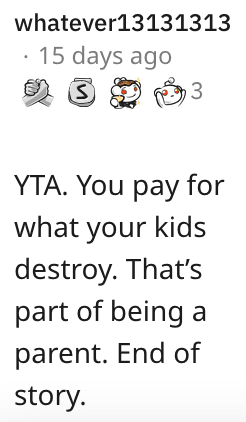