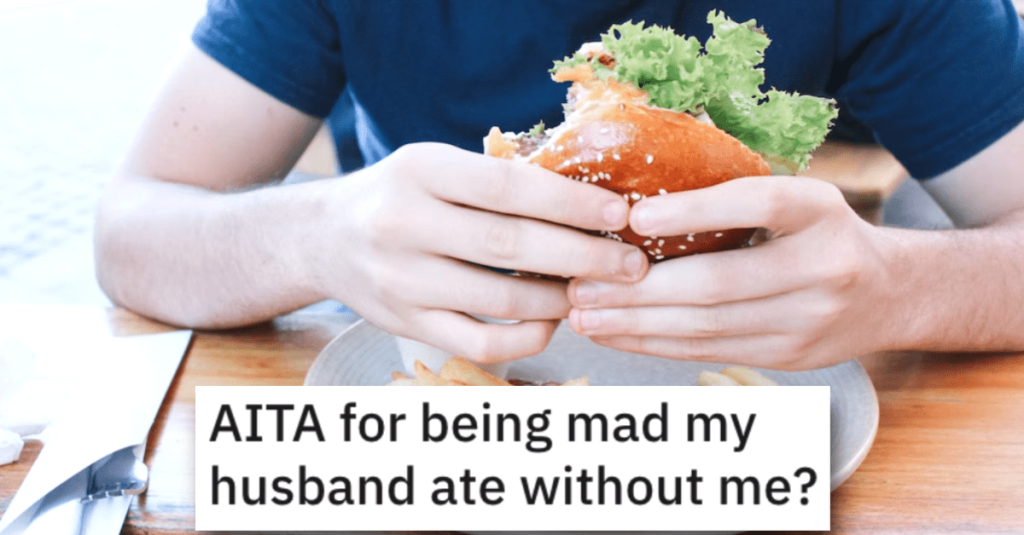 I feel for the guy in this story…

Because I’ve gotten fed up with waiting for someone to eat before and I just decided to go ahead and eat without them.

I don’t think so! I was starving!

But this woman wants to know if she’s an a**hole for being mad at her husband because he ate without her.

AITA for being mad my husband ate without me?

“My husband took me out to a birthday dinner (my birthday).

While we were waiting on the food, I saw an old co-worker and told my husband I wanted to go speak to them for a moment. While talking, I kept looking back towards our table to see if our food was out and to check on my husband. No food that I could tell (I’m super nearsighted), and he seemed to be reading something on his phone.

I wrapped up the convo (May have been 10-15 mins) only to come back to him finishing his food. I asked if he was done already, why didn’t he let me know the food was out etc and he started saying he had small portions, didn’t think it was a big deal, didn’t want to interrupt my conversation etc.

I asked why didn’t he motion towards me or something, he said he didn’t think it would be a big deal for him to just eat. Now I understand what some may think about me walking over to speak to the former co-worker, it was a quick 10-15 mins conversation and moving on.

I even asked him if he minded if I went over and spoke to them for a few minutes because I had not seen them in quite sometime. (They are older).This wasn’t a super fancy sit down restaurant either, our budget was tight so we went to Cracker Barrel. I feel like he could have at least let me know the food was out t something.

A little more context, we’ve been married 16 years, two teens etc. nothing like this has ever happened before.”

Now let’s take a look at what Reddit users said about this.

This reader said she’s an a**hole and this was really rude. 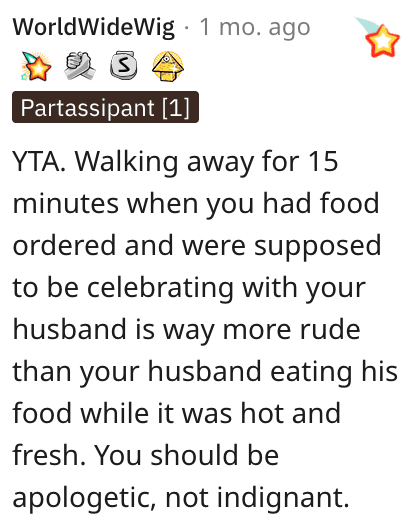 Another individual agreed and said 15 minutes is a LONG time. 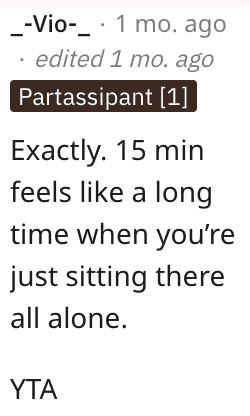 And this Reddit user made a good point: she was also rude to her co-worker who was out with people. 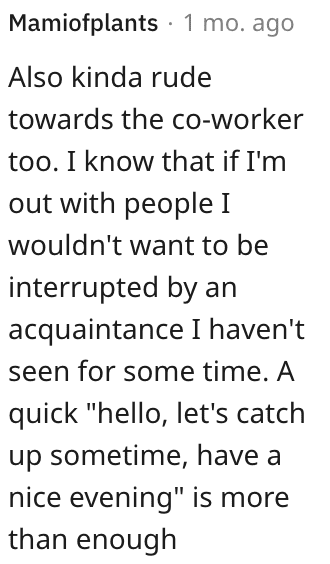