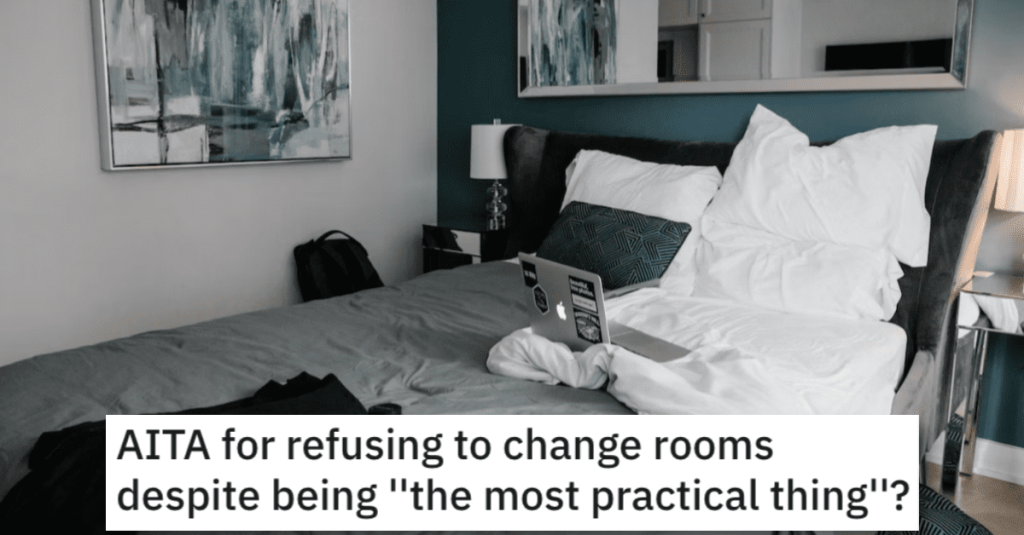 She Refuses to Switch Bedrooms. Is She a Jerk?

Switching bedrooms can be a big deal…especially when you’re asking a teenager to do it.

A bedroom is a teen’s domain, after all…

So is this teenage girl a jerk for refusing to change rooms?

Check out what happened and see what you think.

AITA for refusing to change rooms despite being ”the most practical thing”?

“My (16F) dad (36M) married his wife ”Becca”(42F) 2 years ago, she has 3 kids (14F twins and 12M) and I’ve known them for 5 years now and I don’t really get along with them apart from my step-brother. For some clarification, my mom is not in the picture anymore and neither is their dad.

My dad just received my grandparents house (granny passed away) and we’re planning to move there, it has the same amount of rooms (4), but it has a bigger yard, a basement and my dad says we can get a pool in a few years.

Becca didn’t said anything that time because she didn’t know the room had a full bath and a walk in closet yet.

They visited the house last week to start moving some stuff while my step-siblings and I were at school and at night, during dinner, Becca said that I would have to choose some other room because ”the girls” should get the one I use, both my dad and I were confused, and she said it was better and ”the most practical thing” since the twins were two and they needed a bigger closet and would be better for them to have their own bathroom.

I said sorry, but no, because my grandparents did all those modifications for me and that has been my room for as long as I could remember. The girls and her wanted to push the subject, but my dad didn’t let them and told my step-mom that they’re gonna talk later.

I guess my dad shut the thought down because the twins have been sulking and my step-mom asked me to ”give it a thought” because it wasn’t fair for ”my sisters”. The twins straight out called me an AH and my friend said I should give up the room because it’s true that the need the space more…

One person said she’s NTA and that she should ask her dad to get a lock for her door. 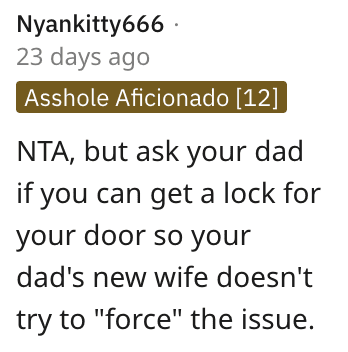 Another Reddit user said that this woman appears not to care about her at all and she better watch her back. 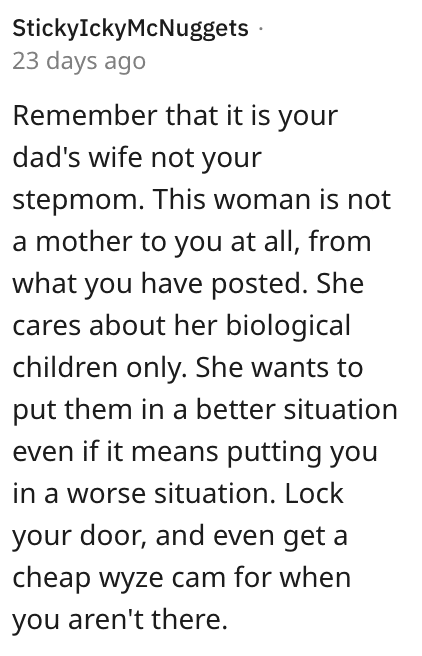 And this individual said she’s NTA and that she needs to remind this woman that she’s not her mother. 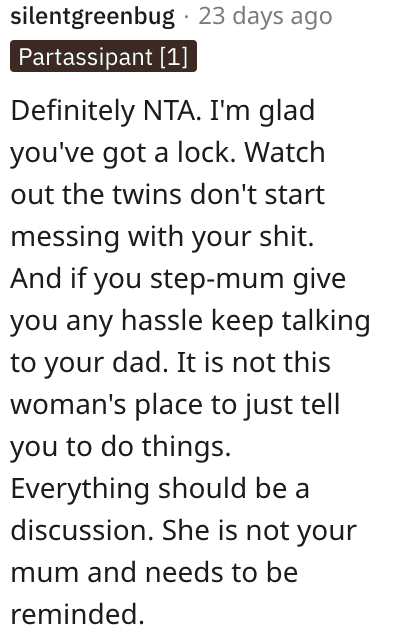