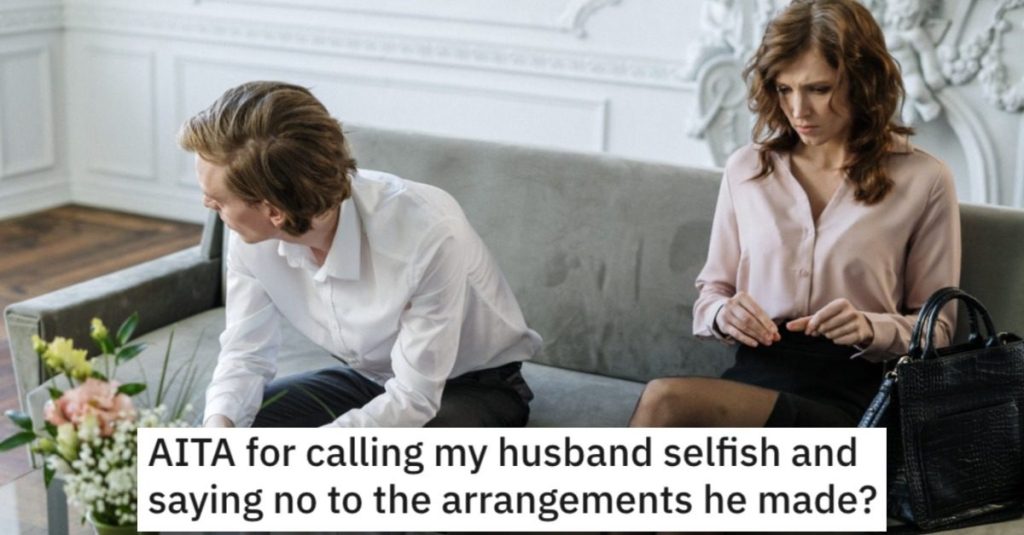 She Said Her Husband Is Selfish and She Said No to the Arrangements He Made. Did She Go Too Far?

Check out this story that a woman shared and see if you think she was out of line for how she reacted to arrangements her husband made.

AITA for calling my husband selfish and saying no to the arrangements he made?

He’s always been on bad terms with his ex, they had a messy divorce and basically h**e each other’s guts. It got worse after his ex got remarried.

The current problem started when he found out that his ex wife planned to go on vacation without their son (my stepson). Why? because her new husband didn’t want him to go (probably because it’s a romantic getaway).

My husband pitched a fit and insisted they take my stepson but she refused. my husband then brought him to stay with us, not his days but I welcomed him and I mad sure to keep him entertained and happy. All was good til I found out that my husband has booked tickets for a vacation to the same place his ex and her new husband were going, same hotel same everything.

He booked the tickets in mine, and his son’s name only. I was confused, I asked him about it and he said he did this to spite his ex and show her she can’t exclude his son from a vacation and who the better parent is. He told me he’s “arranged for everything” and all I had to do was take time off work and take his son and go.

I was shocked I asked if he was serious and he confirmed it. I went off on him saying I can’t just take time off work and go with his son to a place I’ve never been before just so he could one up his ex. he ranted about how busy he was otherwise he would’ve “taken care of this himself” but “sent me instead”.

I yelled saying I’ve got a lot on my plate. I work full time, I take care of my cancer stricken mom, I clean, cook AND take care of my stepson on top of that. He said my boss will understand if I take time off unlike his but in response I called him selfish and said “no” to this arrangement and told him it was final.

He flipped his s**t on me then told his son that I just said no to a fun vacation for him funded by his dad. I told him to stop it because I have commitments and won’t risk losing my job over an unexpected vacation and for what? We just got back from one a month ago!!!!.

He’s been ranting about how I’m wasting his time and money by declining to go. and that his son will h**e me for this forever.”

Check out what Reddit users had to say about what happened.

This reader said she’s NTA and that her husband still isn’t over his ex-wife. 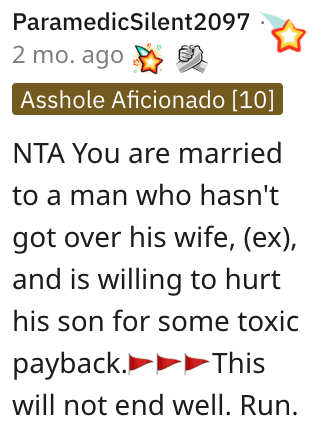 Another reader said there are red flags upon red flags going on here. 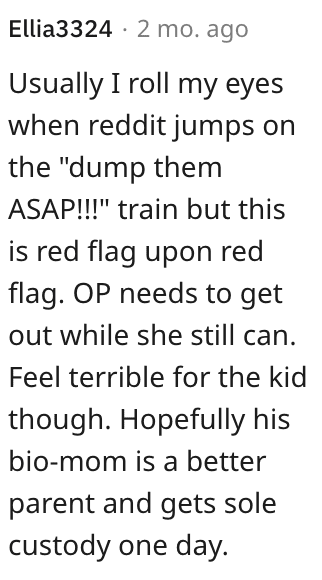 And this individual also said that they feel bad for the son who is being used as a pawn. 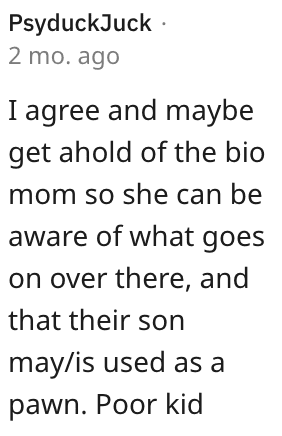 Let us know in the comments, friends!