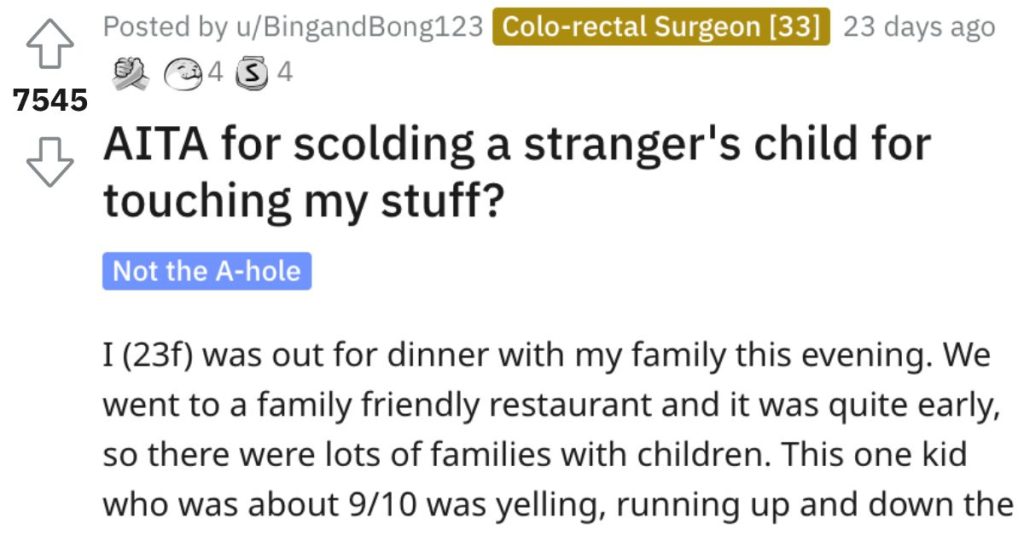 She Scolded a Stranger’s Kid for Touching Her Stuff. Was She Wrong?

How many times have you said this in your life?

And today we’re gonna read a story about a young woman who had to scold a stranger’s kid for overstepping their boundaries.

AITA for scolding a stranger’s child for touching my stuff?

“I (23f) was out for dinner with my family this evening.

We went to a family friendly restaurant and it was quite early, so there were lots of families with children. This one kid who was about 9/10 was yelling, running up and down the aisle between the tables and doing cartwheels (literally).

It was annoying but we just ignored him and carried on with our meal. His mother was sat at their table talking to the adults she was with and completing ignoring her son apart from occasionally telling him to come and finish his food.

We were sat in a booth and I had my stuff on the bench next to me, including a hat. One of the many times he ran past our table, he stopped, picked up my hat and put it on. He then turned to run off when I said sharply “Give that back, right now”. He took it off, gave it back and looked embarrassed.

I carried on by saying “it is extremely rude to take other people’s things without asking, don’t do that again.” He glanced over to his mother several times as I spoke to him and when she noticed, she got up and came over to our table.

His mum heard part of what I was saying as she came up to us and angrily told me to leave her son alone; I explained that he had taken my things and I was telling him not to, and she told me I shouldn’t stick my nose in and that as he’s “just a kid” I should have just let him play with the hat, or asked for it back nicely without scolding him.

AITA for telling off this child for touching my stuff?”

This reader said they wouldn’t let this fly with their own kids. 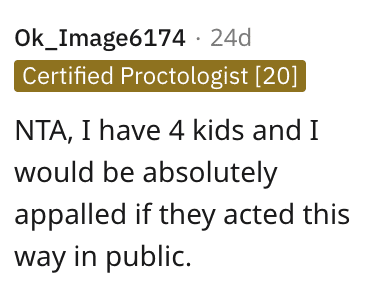 And another individual agreed and remarked on how they handle their child. 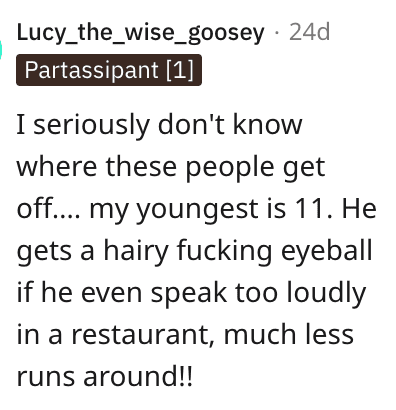 This individual said that these kid sounds like they are being set up to FAIL by their parents. 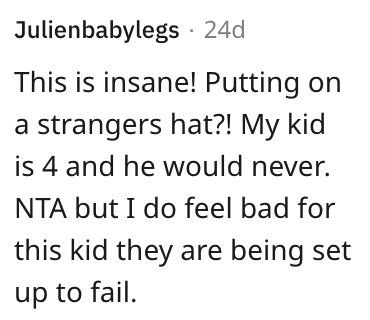 And finally, this reader said that this mother should be embarrassed.