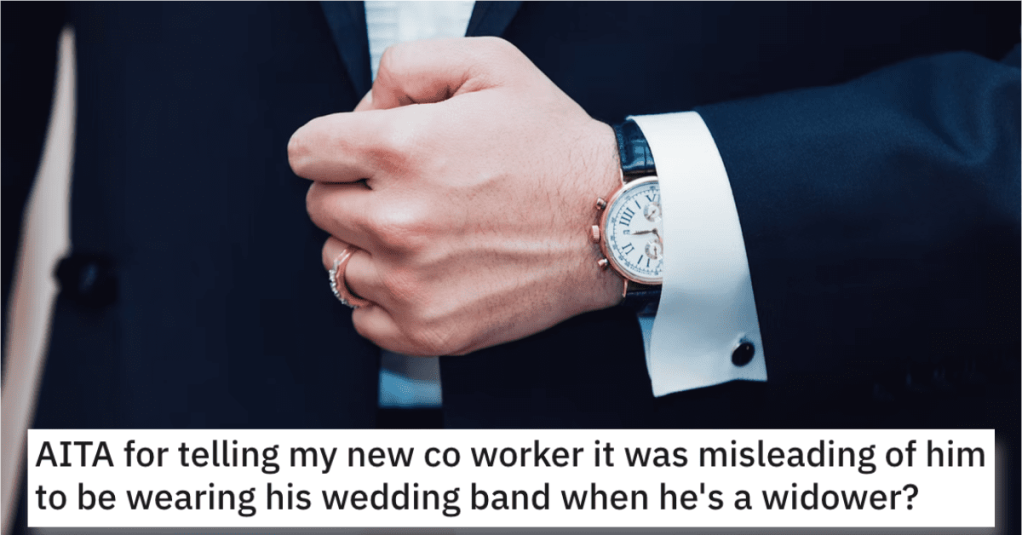 She Scolded a Widower for Still Wearing His Wedding Ring. Was She Wrong?

Good lord…is it anyone’s business what kind of jewelry someone wears?

And what if it’s a widower who still wears his wedding ring?

Yeah, we’re about to go there…

Check out this story from Reddit’s “Am I the A**hole?” page and let us know what you think!

AITA for telling my new co-worker it was misleading of him to be wearing his wedding band when he’s a widower?

“Hi. A couple of weeks ago we had a new employee hired at the company.

He’s a good guy and a widower named “James” (36) and to my knowledge his late wife passed away 8 months ago. Me (f32) and the other coworkers got along well with him. However I noticed that he is still wearing his wedding band on his finger. It kind of confused me a bit and I couldn’t help but bring it up with him while on lunch break.

We talked and I pointed out that he was being misleading by still wearing his wedding band when he’s a widower. He looked quite bothered by what I said but I tried to explain that I think that he was giving people the wrong idea or impression about his relationship status since he’s technically single and on his own right now (don’t want to sound cruel but I’m speaking from technical angle).

James said that he didn’t give it much thought (meaning he don’t care what people think) and that even if he wasn’t wearing his wedding band and some woman approached him he’d still turn them down since he’s obviously not interested.

For some reason things got awkward and everyone stopped eating and just stared at James and me. I told him I don’t know but that really really felt generally misleading of him as in making people think he is in a relationship (married) when he is not regardless of how he felt about being in a relationship.

He got upset, called me rude, and said that I repeatedly disrespected his marriage and his late wife’s memory with what I said then took his stuff and walked away.

My co workers said regardless of who is right or wrong (though some said he overreacted) there was no reason for me to bring this up on the first place and cause a scene and make James upset with us like that now he’s not speaking to me and others who sided with me.

AITA? Did I overstep or did he overreact?”

Take a look at how Reddit users reacted to this story.

One individual said that this woman is definitely an a**hole. 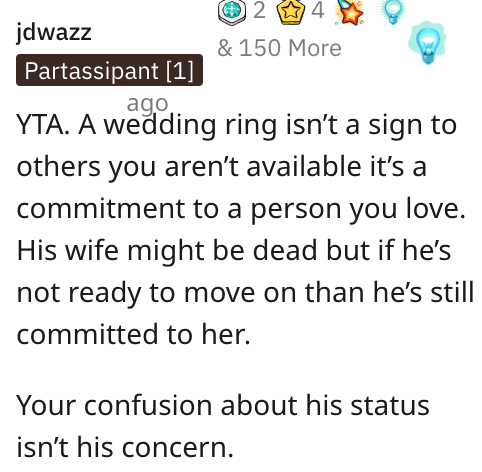 And this Reddit user called her a cold-hearted a**hole. 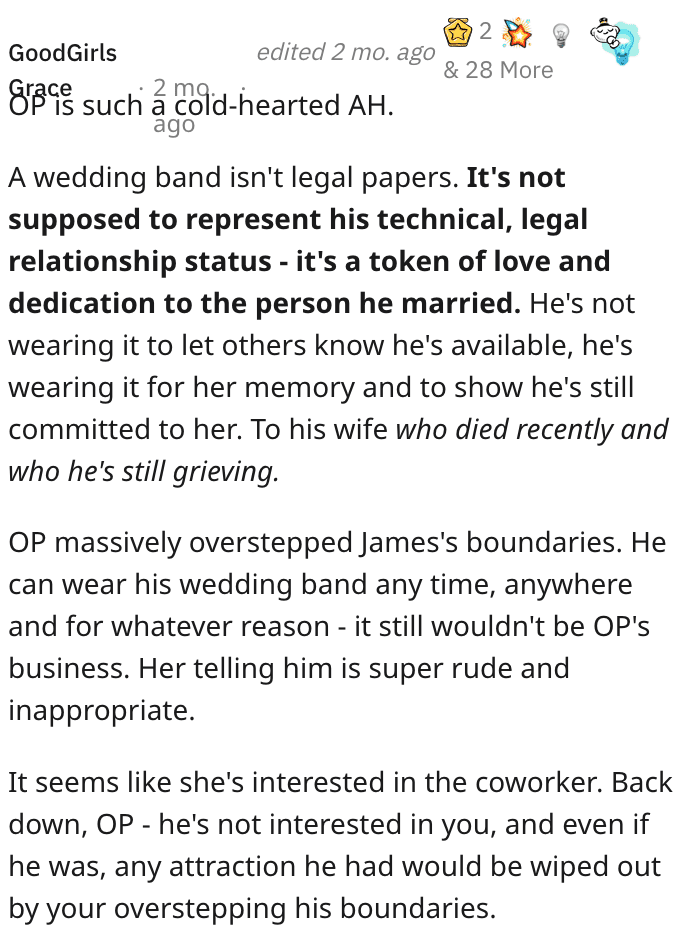 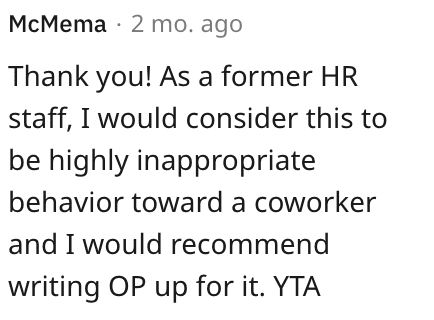 Talk to us in the comments and let us know what you think about this story.

We’d sure appreciate it!