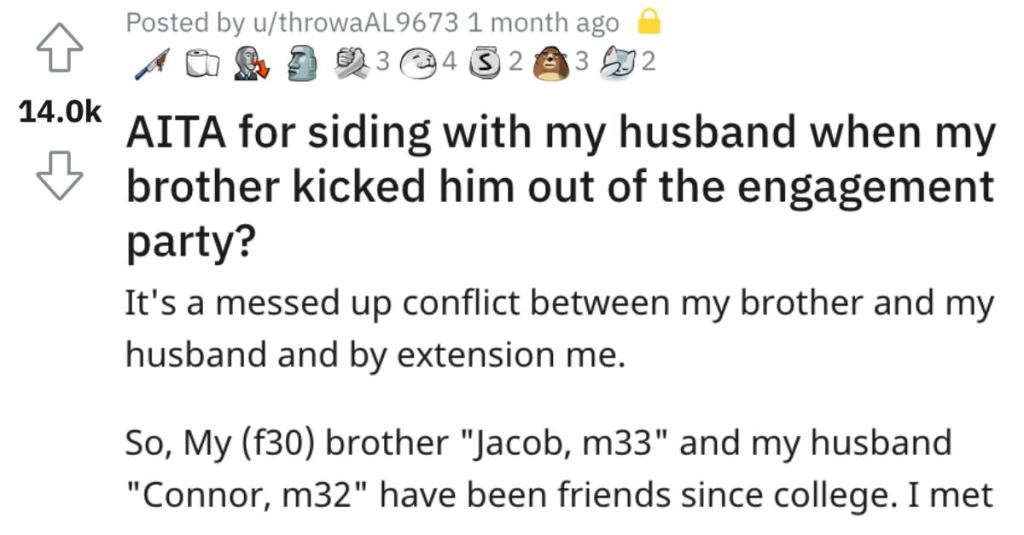 She Sided With Her Husband After Her Brother Kicked Him Out of a Party. Was She Wrong?

And sometimes making a decision like that is going to lead to some hurt feelings.

Take a look at this story from the “Am I the A**hole?” page on Reddit and see what you think about this woman’s actions.

AITA for siding with my husband when my brother kicked him out of the engagement party?

“It’s a messed up conflict between my brother and my husband and by extension me.

So, My (f30) brother “Jacob, m33” and my husband “Connor, m32” have been friends since college. I met Connor through Jacob. they were so close and are always in agreement but that changed once Jacob’s fiancee “Rachel” came around.

Connor told me that Rachel used to be this “fun” girl that slept with nearly everyone in the group. Jacob met her at the new company and they began officially dating. I too was shocked when I heard cause Connor told me about her a lot about her “glorious college days”. Jacob then announced his engagement to Rachel and invited us for the engagement party. Connor had talks with Jacob about if he was sure he wanted to settle down with her and Jacob told him to drop it and Connor did.

At the party, I was sitting next to Connor talking about random stuff. Suddenly Rachel’s phone started ringing and she excused herself to answer. While she was getting up, Connor looked at her and Jacob and smirked and said “I’m telling ya, you can’t make a hoe a housewife!”. Rachel stormed off and Jacob unloaded on Connor calling him an obnoxious a**hole, Connor just stared as Jacob kept insulting him with name calling.

I didn’t want to get involved til Jacob tried to kick Connor out of the party. I said to Jacob that he overreacted and should calm down but he acted appalled that I “defended” Connor but I told him that he at least wasn’t lying. Jacob then proceeded to kick me out as well. Mom got involved and tried to calm us down but Connor grabbed his keys and phone and told me to follow him.

We felt terrible, Connor started crying in the car and I called mom and said while Jacob overreacted, Connor was out of line to say this in front of Rachel and make her cry on her engagement party and I shouldn’t have sided with him.

She told me to reach out to Jacob to apologize but I said that he insulted my husband who happens to be his BEST FRIEND, then escalated by kicking him out. I refused to call Jacob and felt upset for being made feel bad for siding with my husband who’s hurt because of what his best friend did to him.

AITA? I really thought it was an inside joke between them.”

One reader said this woman is the a**hole…and so is her husband. 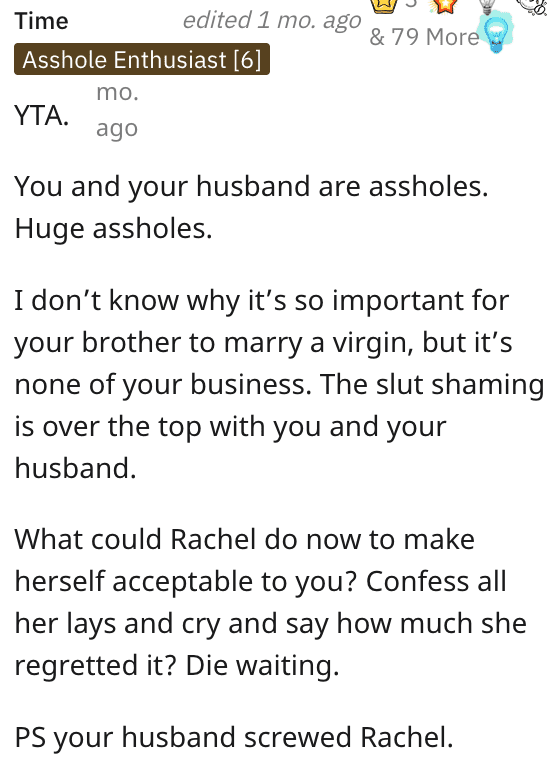 Another Reddit user said that this woman and her husband need to have a little shame. 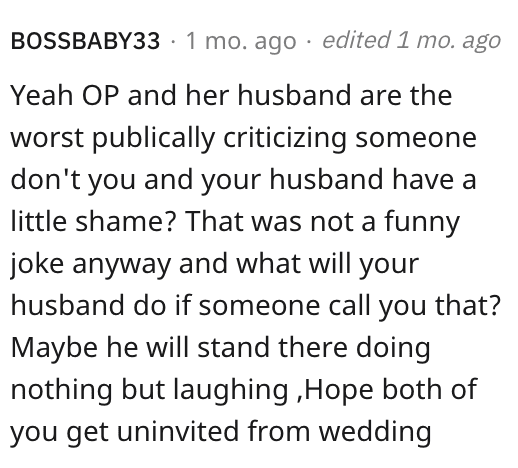 And another individual said that this Connor fella sounds jealous…and they had a hot take on the situation. 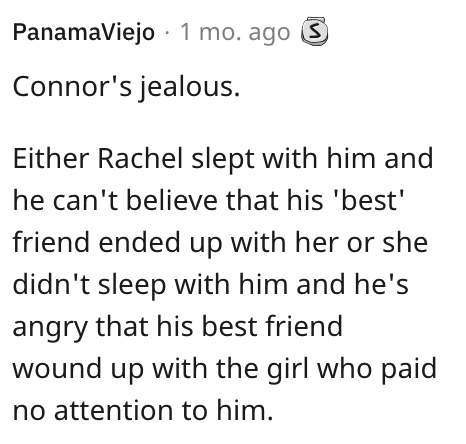