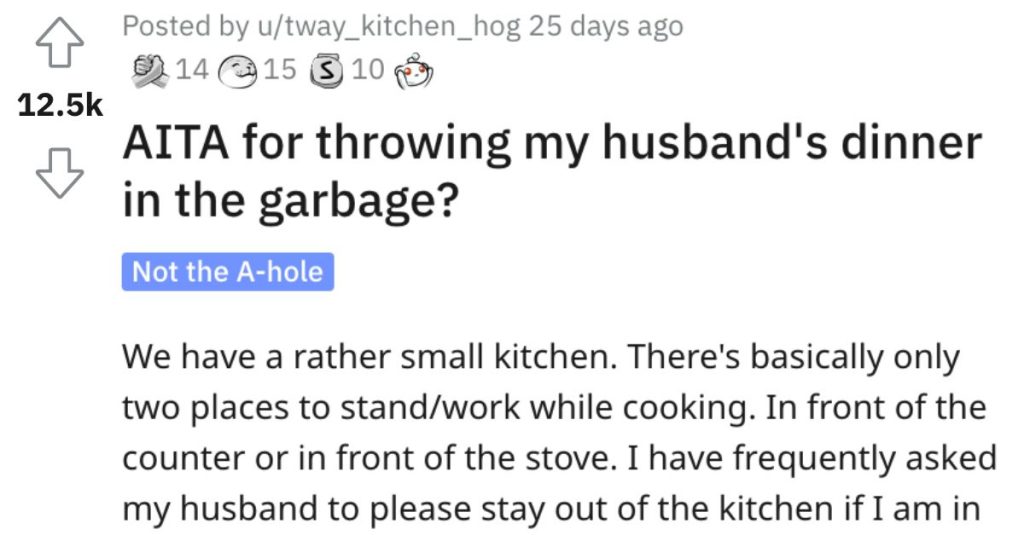 She Threw Her Husband’s Dinner in the Garbage. Was She a Jerk?

Well, I guess you’re not eating tonight then, are you?

You know things are getting heated between a couple when one person throws the other person’s dinner straight into the trash.

Take a look at this story from Reddit’s “Am I the A**hole?” page and see if you think this woman overreacted.

AITA for throwing my husband’s dinner in the garbage?

“We have a rather small kitchen. There’s basically only two places to stand/work while cooking.

In front of the counter or in front of the stove. I have frequently asked my husband to please stay out of the kitchen if I am in there cooking because there’s just no room for two people and he will be in the way etc. He constantly ignores this request though. Last night, he came into the kitchen at kind of a critical point while I had stuff in the frying pan and was preparing stuff at the counter.

He stood in front of the stove and I was just waiting for him to move so that I could get to it. Then he said “this looks like it’s burning, are you even gonna do anything?” In exasperation, I yelled “fn move!!” but instead he stood there and started lecturing me to “not yell at him, it’s his kitchen too and he has every right to be in there also etc.”

By the time he finished, the stuff in the pan was well and truly burnt. so I scraped it into the trash and told him to go make his own fn dinner because it was his kitchen too.

Uh oh….now take a look at what folks on Reddit said about this.

This reader said that she needs to be consistent…and petty. 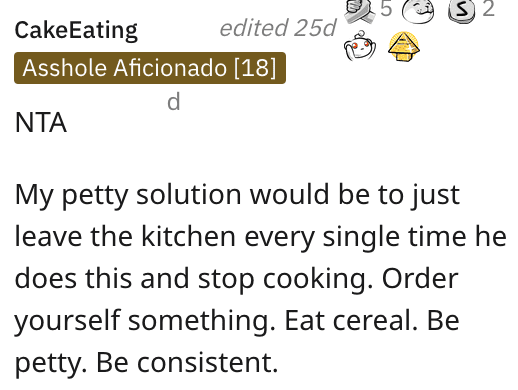 And another Reddit user agreed and said to “let it all burn.” 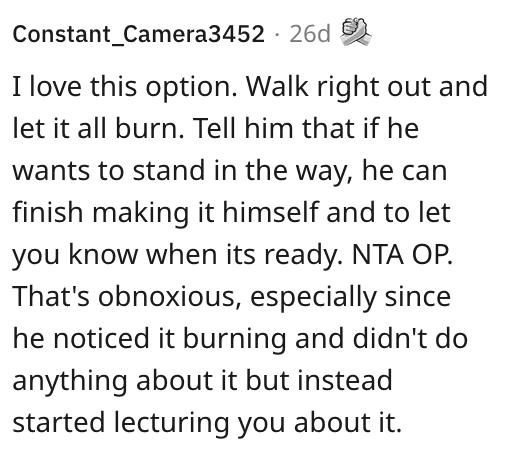 Another individual said that they were taught a lesson about this when they were young. 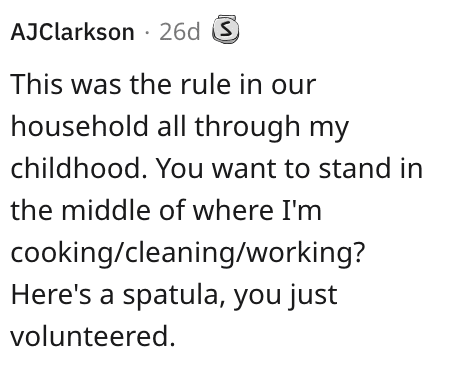 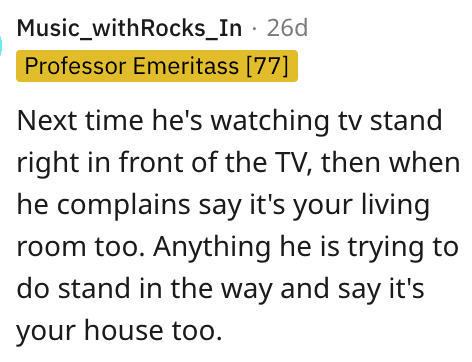