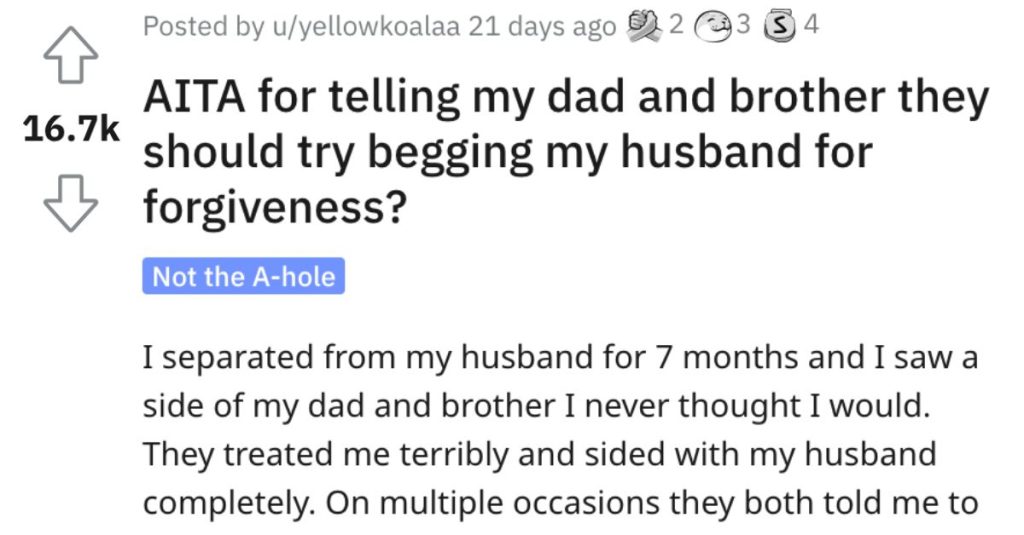 She Told Her Brother and Dad That They Need to Beg Her Husband for Forgiveness. Was She Wrong?

I want you to beg!

You know that anytime you hear someone say that, things are about to get ugly…or at least really weird…

Take a look at this story and let us know if you think this woman is acting like an a**hole.

AITA for telling my dad and brother they should try begging my husband for forgiveness?

“I separated from my husband for 7 months and I saw a side of my dad and brother I never thought I would.

They treated me terribly and sided with my husband completely. On multiple occasions they both told me to beg my husband for forgiveness even though we separated because of the way he was treating me. They made it clear that if we divorced, they would want nothing to do with me.

At the same time, they were doing everything to stay in my husband’s good graces, which made everything hurt twice as much.

My husband and I ended up reconciling and I admittedly cried to him when I told him how bad they treated me. Now my husband is pi**ed off with both of them and has cut ties both professionally and socially.

My dad and brother have asked me to speak to him and mend things between them, as it’s hurting the family business. I’m still upset and I was feeling petty so I told them they should try begging him for forgiveness. Now they’re both angry at me and my brother said I’m being vindictive.

One reader thinks this family might be mob-related but either way, the dad and brother don’t seem to care about her. 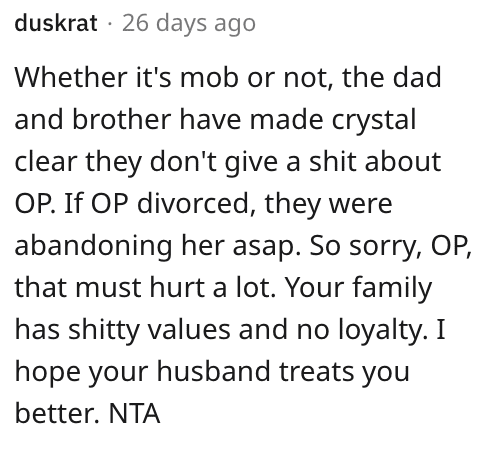 Another individual said this woman is NTA and that it seems like her dad and brother care more about money than they do about her. 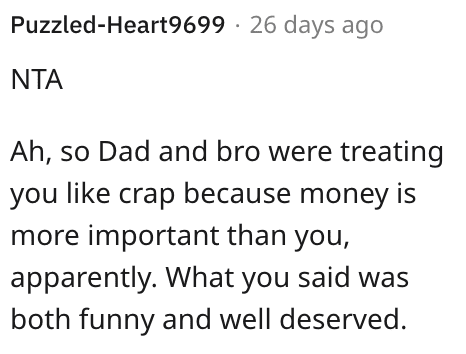 And this individual agreed that she is NTA and said she needs to let them stew about this for a while. 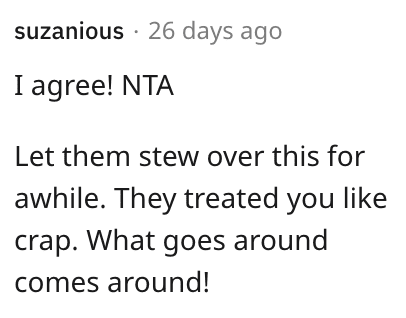