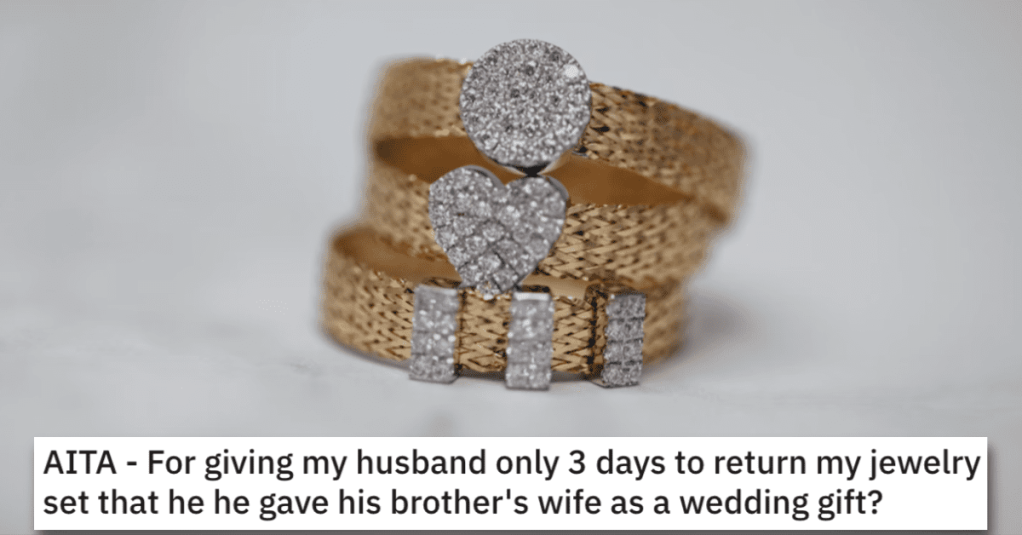 She Told Her Husband He Has Three Days to Get Her Jewelry Back. Is She Wrong?

You got three days, buddy!

That’s an ultimatum if I’ve ever heard one…

And this guy sounds like he’s in hot water…

But is this woman an a**hole for doing this?

Check out the story below and see what you think…

AITA for giving my husband only 3 days to return my jewelry set that he he gave his brother’s wife as a wedding gift?

“I f36 have always been into jewelry.

I used to own of variety of jewelry sets but due to unfortunate circumstances most of them had to go so I could afford rent after I lost my job. My husband never got lucky to land a job since 2013. Thankfully now I have a stable job that gets us by from month to month.

I also kept one set of jewelry which is the most valuable whether momentarily and/or sentimentally since it’s part of family heirloom. The set includes a pair of earings – a bracelet and – a necklace. All gold material and again they are worth decent amount of money. My BIL has been with then girlfriend for 10 years and they recently got married. It was a huge deal for the family.

My husband wanted to get them a decent wedding gift and tried borrowing money from friends and neighbors but got turned down. He kept stressing out about it for weeks and just the other day (the wedding was days prior and the groom and bride are off to their honeymoon) I discovered that my jewelry set was gone. I freaked after my husband nonchalantly said he gifted it to his brother’s wife as a wedding gift.

I was fuming I asked how could he and he replied that he had no money and nothing of value to give the newly weds and besides that that set has been sitting in the closet since July, 2019 and I never wore any piece of it so he figured I’d forgotten about it but he said he’ll figure a way to pay me or get me a similar one once he starts working but I very loudly told him absolutely not and gave him 3 days, just 3 days to return the set or I’ll stop paying for everything in the apartment.

He looked puzzled like he couldn’t believe I was serious. He said he doesn’t want to cause an issue but I said it’s already there and if he doesn’t want issues all he has to do is contact his brother or his wife and retrieve the set or go get it himself. He tried to twist the argument and offer the same solutions as mentioned above but I refused I said I just want my set back and he has 3 days only.

He kept talking about how tasteless and disrespectful it’d be for him to retrieve a wedding gift and said this will damage his relationship with his brother and family and also how impossible it was to retrieve the set in 3 days when the couple are on their honeymoon in another country.

AITA for this? He said I was financially a**sing him by threatening to stop paying for anything knowing I’m the breadwinner. Also he refused to give me their new contact info to retrieve the set myself.”

And now it’s time to see how people reacted on Reddit.

One reader said she’s NTA and that she needs to kick this guy out. 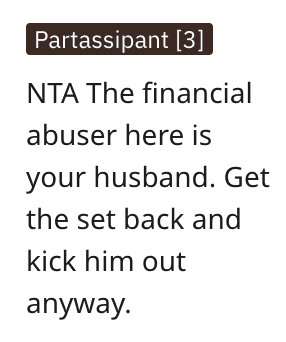 Another Reddit user said she needs to lay down the law and offer her husband an ultimatum.

And this individual also said she’s NTA and that she needs to get rid of this dead weight. 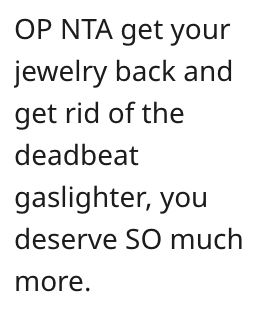 Let us know what you think about this in the comments.