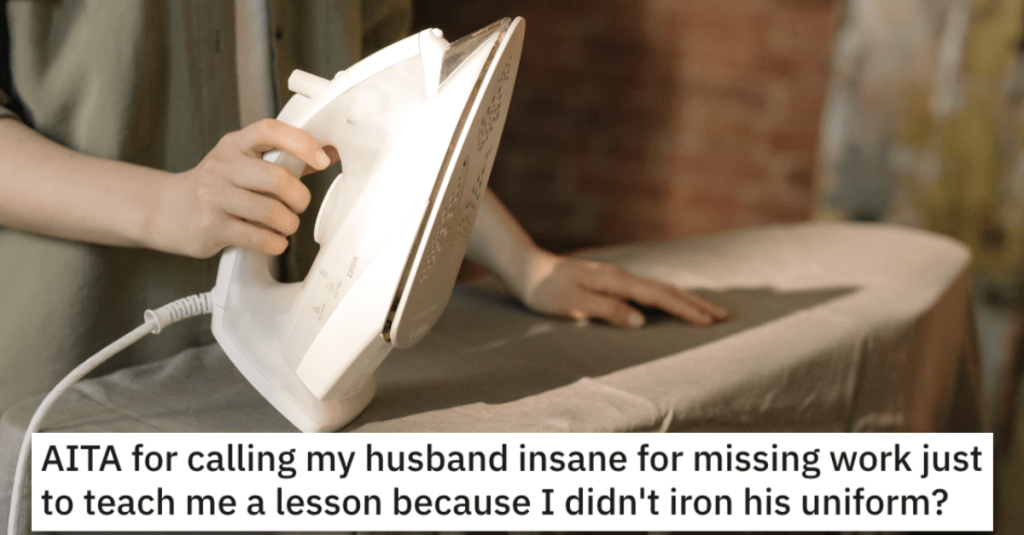 She Told Her Husband He’s Insane for Missing Work. Did She Go Too Far?

Well, based on the title of this article from Reddit’s “Am I the A**hole?” page, this guy seems like a real gem!

But still, you need to read all the details of this story to see who you think is at fault here.

AITA for calling my husband insane for missing work just to teach me a lesson because I didn’t iron his uniform?

“I (sahm with 3) was in the midst of doing laundry when my husband (breadwinner, works as a pilot) asked if I could iron his uniform before his shift. I didn’t say “yes” because I was busy (laundry then kids homework then cooking etc..). I said I may not find the time to to do it. He turned around and walked away completely ignoring what I was saying.

An hour later, he came downstairs freaking out asking why I didn’t iron his uniform when he asked me to. I told him I was busy and reminded him of how I didn’t say yes to his request. He blew up saying that I obviously don’t care about him displaying “professionalism” at work (um..it’s just a uniform? It’s not like it was dirty just needed some ironing).

He lectured me about how his work is important and although I’m a sahm I still should make his job a priority. He decided to miss his shift as a way to “teach me a lesson” and show me how my lack of cooperation and my refusal to help him out could affect the money that keeps coming in. I called him insane for missing the shift, and he got offended and called me a hypocrite for calling him insane and acting all surprised when it was me who caused this situation to happen.

I mean I could have taken some time off doing my chores to iron his uniform, but still thought his reaction was a bit much. AITA?”

One reader said she’s NTA and that she should call his boss. 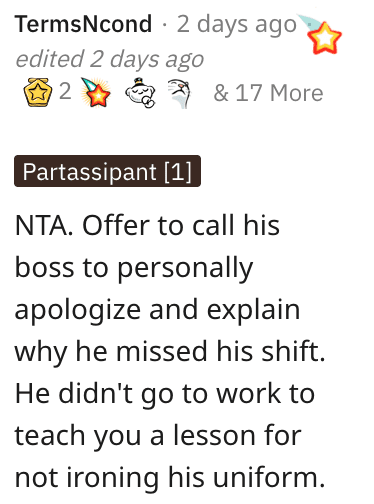 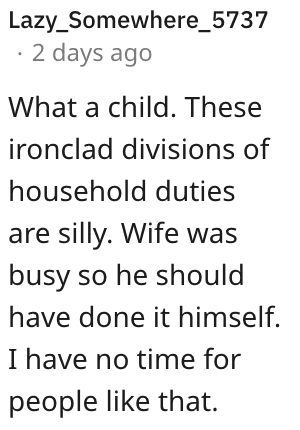 And another individual had a good idea about how she should handle this guy.