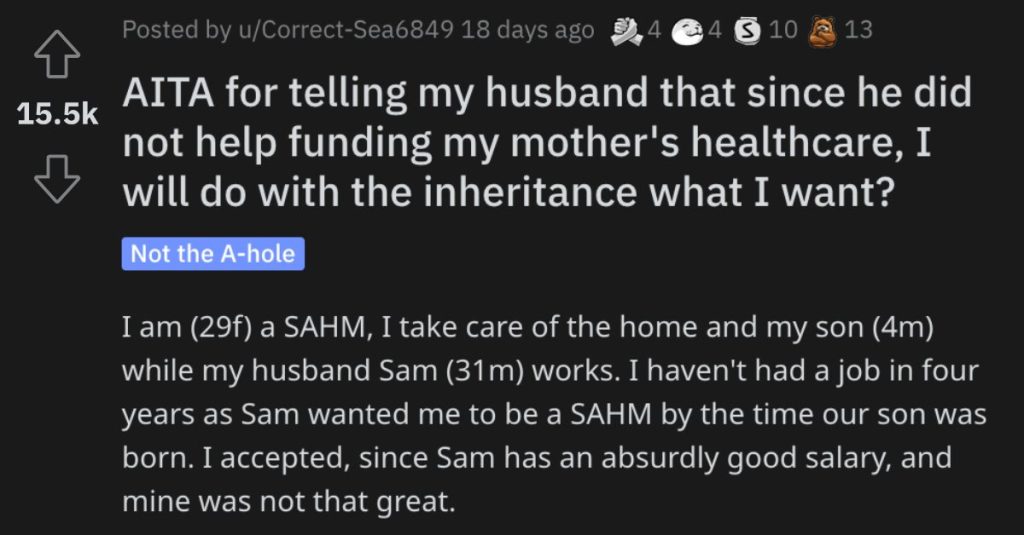 She Told Her Husband That He Can’t Have Any of Her Inheritance. Is She a Jerk?

It’s mine! All mine!

I’d be willing to bet that it happens quite a bit.

And this woman took to the “Am I the A**hole?” page on Reddit to ask if she’s wrong for not cutting her husband in on her inheritance.

AITA for telling my husband that since he did not help funding my mother’s healthcare, I will do with the inheritance what I want?

I take care of the home and my son (4m) while my husband Sam (31m) works. I haven’t had a job in four years as Sam wanted me to be a SAHM by the time our son was born. I accepted, since Sam has an absurdly good salary, and mine was not that great.

My mom fell ill half a year ago. Her diabetes became quite complicated and she needed some medical care. We don’t live in the US, so the expenses were relatively small. I asked Sam to please give me half of the total medical bill, since my brother (25m) was going to pay the other half. Sam refused to pay a penny from the bill, and since I have no income, my brother had to pay it all.

Sadly, my mom passed away a month ago. My brother and I just got the whole estate in order. Each of us is going to get a somewhat considerable figure, since my mother had some properties (which she did not sell as they are in poor condition).

This morning my husband told me he wants me to sell my my part of the inheritance, so we can make some (non-vital) house repairs and possibly go on vacation. I laughed, more out of anger than anything else, and told him that he had no right to suggest how to make use of the inheritance that my mother left, when he refused to even pay half of her medical bills. He called me an AH and went to work.

I got a call from his sister, who was extremely angry. She called me irrational and told me that since I was living off the money Sam earns, I have no right to demand money from him, and that the inheritance gives me the opportunity to return some of the money he has spent on me.

The call really got me thinking, and now I wonder if I’m really behaving like an AH.”

One reader said that this woman is not an a**hole and that she might even want to consider getting a divorce. Ouch!

Another person said that she didn’t act like a jerk…and they agreed with the divorce thing. 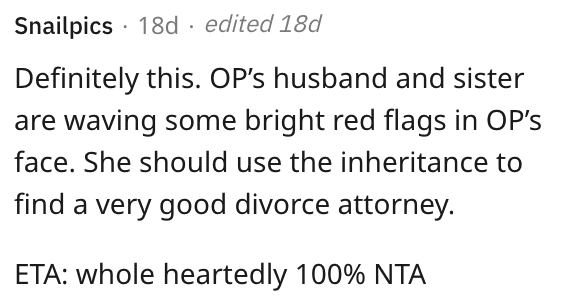 One Reddit user said that there seems to be some financial ab**e going on here…thoughts on this? 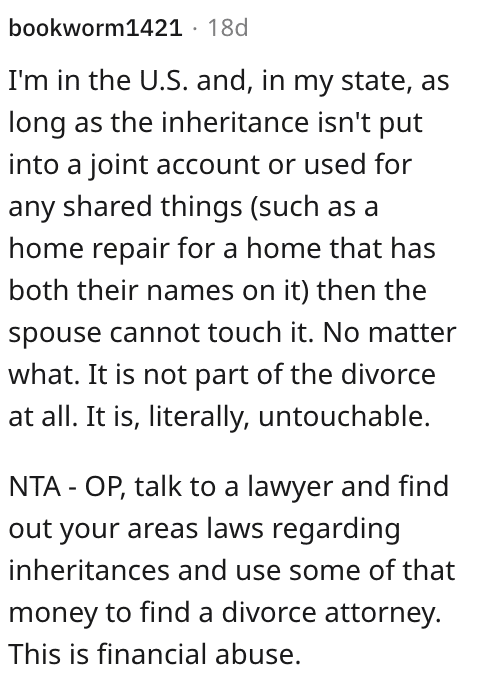 And this reader said that the husband is living off of her labor. 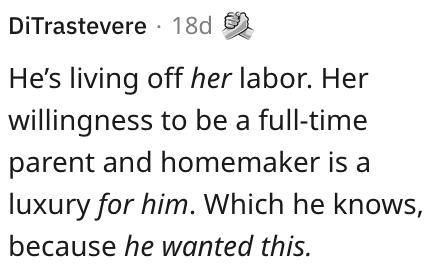