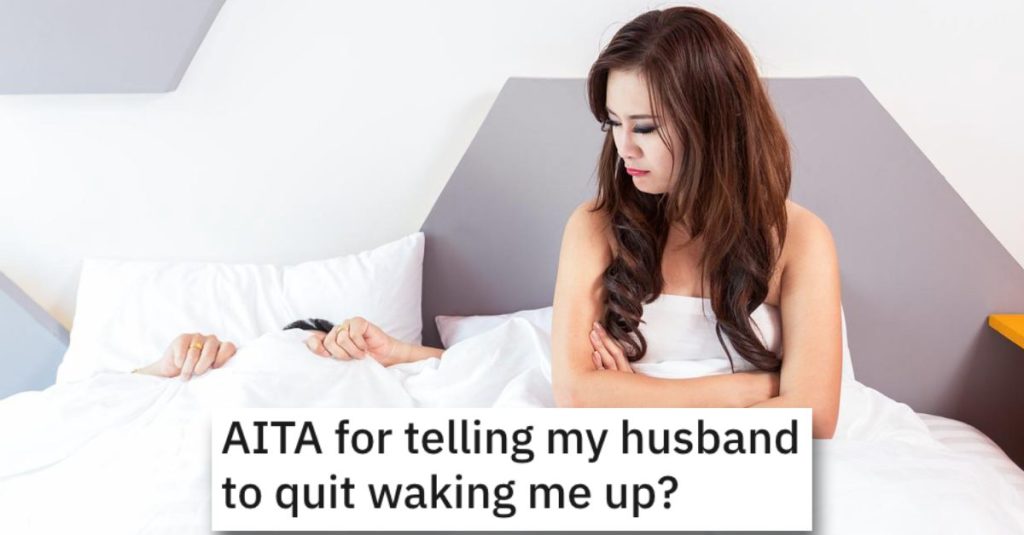 She Told Her Husband to Quit Waking Her Up. Is She a Jerk?

If you interrupt my sleep, you and I are gonna have some major issues…

What I’m trying to say is that you should never, EVER mess with someone while they’re sleeping.

And that brings us to today’s “Am I the A**hole?” story from Reddit.

Read on to see if you think this woman was out of line for going off on her husband about waking her up.

AITA for telling my husband to quit waking me up?

“AITA for calling my husband out on this? Without fail every time my (29f) husband (37m) wakes up in the middle of the night he wakes me fully up to ask me what time it is.

Both of us sleep with our cell phones charging next to our beds. So, it’s just as easy for him to reach out and check the time on his own phone as it is for him to wake me up and ask me.

My husband says I’m being AH because I’m making a big deal out of nothing. I say, waking me up for something meaningless that he can do for himself with less effort than he expends asking me shows a complete disregard for me and is really selfish of him.

Now, I know you’re going to say that I’m making a huge deal out of nothing. But, it’s not like this is a sometimes thing. He does it often, several times a week. And when he does it it always takes me forever to fall back to sleep.

We both work full time jobs and have an infant. I do 100% of the nighttime baby duties because my husband commutes farther than I do. So, he says it just makes sense for me to let him sleep since he has to be out the door before I do in the mornings.

I need to be clear, I’m not complaining if he wakes me up due to the baby needing me. (I wake up to his cries, I don’t think my husband even hears it.).

My complaint is strictly that HE wakes me up to ask me what time it is. I feel like he’s being really selfish. Sometimes, I just want to sleep too.

Anyway… AITA for complaining and telling my husband to cut it out? Or, is he being needlessly insensitive to my needs?”

One reader said that she’s NTA and that her husband doesn’t seem to have much common sense. 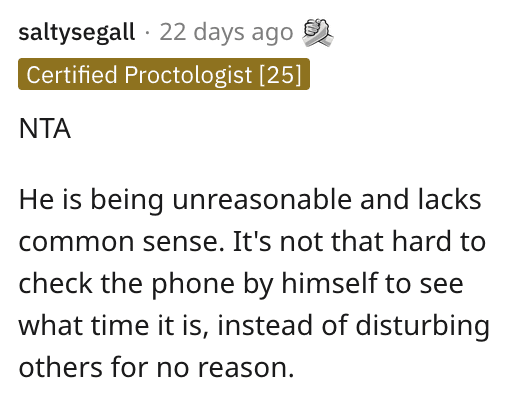 This individual said her husband needs a taste of his own medicine. 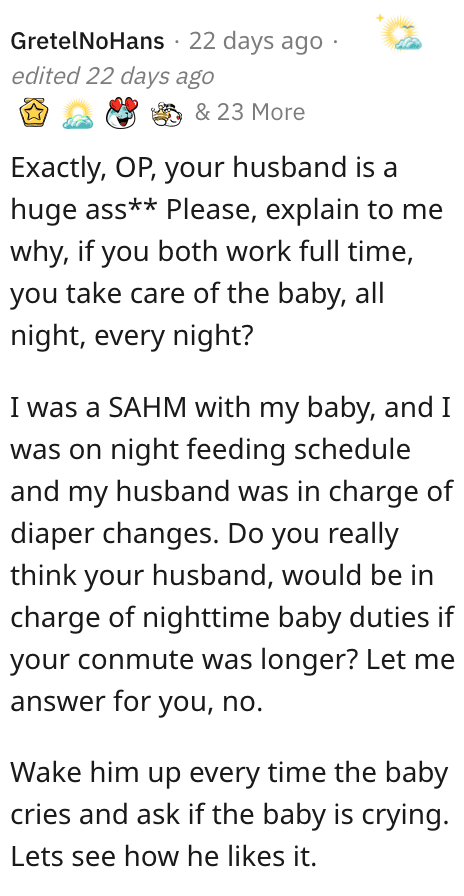 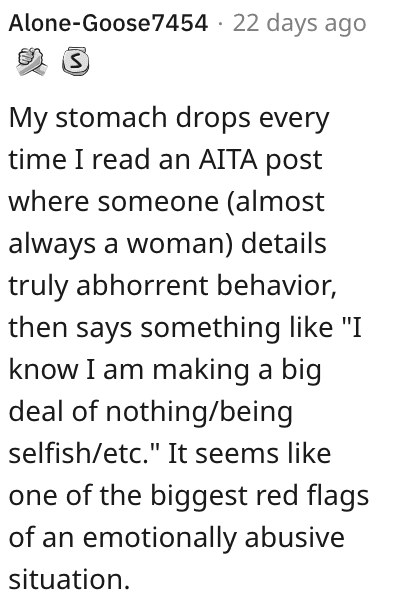