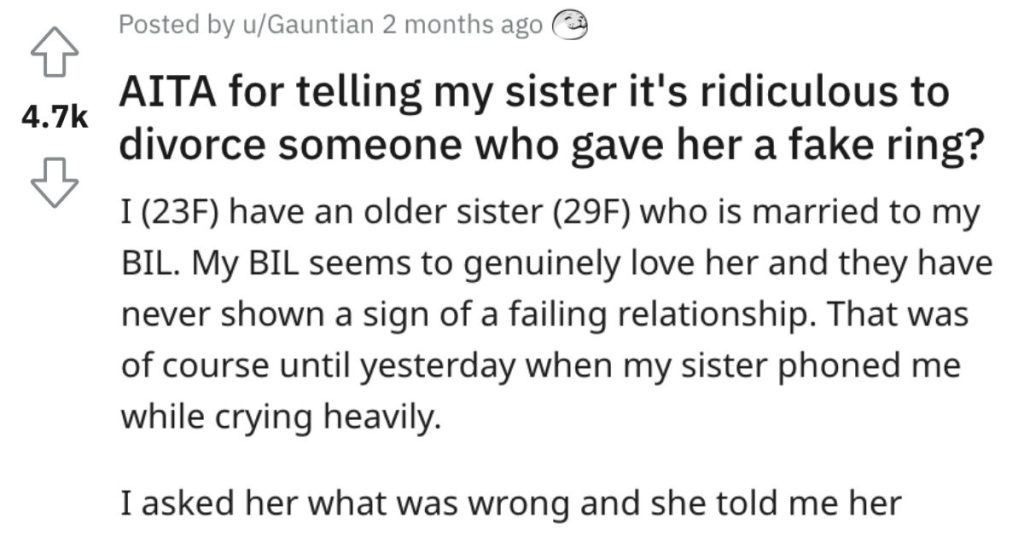 She Told Her Sister It’s Ridiculous to Divorce Someone Who Gave Her a Fake Ring. Was She Wrong?

People sure do get fired up about their jewelry, huh?

And if they happen to find out that they’ve been given something that’s fake…LOOK OUT!

Check out this story from Reddit’s “Am I the A**hole?” page and see if you think this woman was wrong for what she told her sister about the fake ring she received…

AITA for telling my sister it’s ridiculous to divorce someone who gave her a fake ring?

“I (23F) have an older sister (29F) who is married to my BIL. My BIL seems to genuinely love her and they have never shown a sign of a failing relationship. That was of course until yesterday when my sister phoned me while crying heavily.

I asked her what was wrong and she told me her friend who was a jeweler was suspicious of the ring my BIL gave to her, and urged her to confirm the material of the ring.

My sister continued and told me that the results showed that the ring was not made from diamond, but in fact moissanite. She told me she didn’t tell her husband yet, but she is considering a divorce because she thought that my BIL didn’t really love her even though he supposedly had enough money (I don’t know how much money he has so as of now I can’t really confirm if he did or did not have the money)

I told her it was pretty ridiculous to only divorce my BIL just because he bought her a fake ring. She sarcastically told me something along the lines of “Thanks for being so helpful” before hanging up. I get she was in an emotional moment, but love shouldn’t revolve around a ring.

This person said she is…kind of an a**hole and that she should have approached this differently. 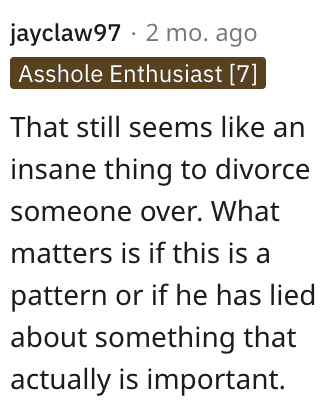 And this person said she’s an a**hole but that her sister has every right to be upset about this. 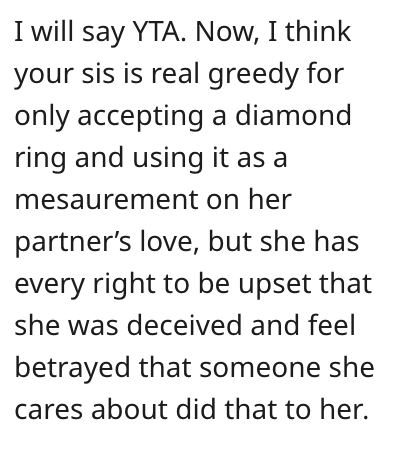