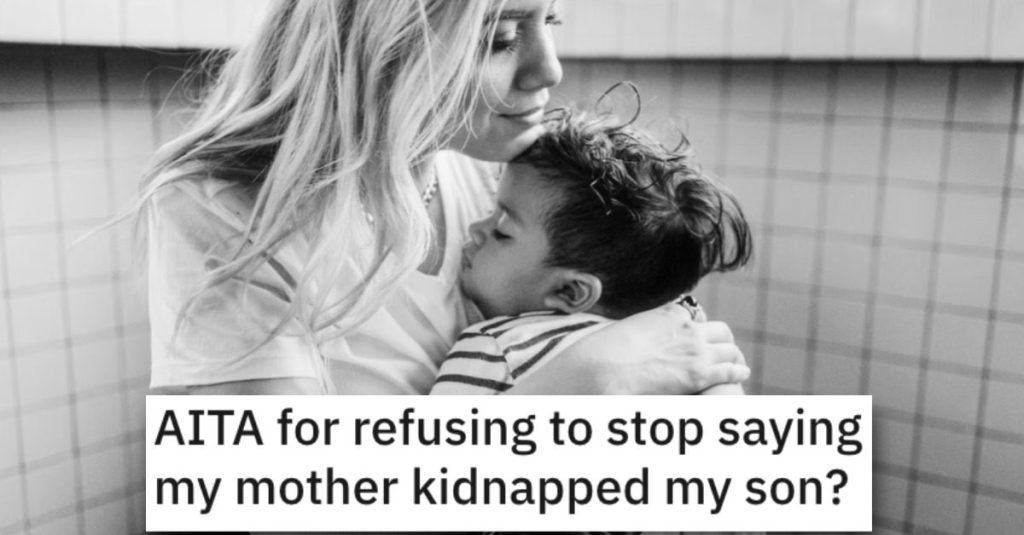 Yikes…this sounds like a pretty scary story, to be honest.

Anytime the word “kidnapped” is thrown around, you know that there is some serious drama going on.

Take a look at this story that a woman shared on Reddit’s “Am I the A**hole?” page about a serious issue and see if you think she’s acting like a jerk.

AITA for refusing to stop saying my mother kidnapped my son?

My mother (52) has always been controlling and frankly is a typical narcissist. She was against my moving and was even more upset when I had my son as a combination of her husband being terminally ill and the pandemic she wasn’t able to meet my son until this week and she has complained bitterly how we “cheated” her out of her special time with her first grandson.

I wasn’t exactly excited about her coming to visit us but my husband convinced me we should try to let our son have a relationship with her. Well from the moment she arrived she complained – our house is too small, the garden is over looked etc.

She complained my son doesn’t speak much english and so she can’t communicate with him. She complained that my son didn’t want to hug her, that he wanted to stay with his paternal grandmother.

My son spilt a drink and she shouted at him. We are taking the gentle approach so I told her not to do that and why and she lost it telling me I have no idea how to raise a kid. I told her she needs to respect my methods or she can leave. She stopped but the whole rest of the day you could tell she was furious.

That night my son was having one of those nights where he just isn’t going to sleep through. My poor husband also had an IBS flare up in the early hours and we realised we had no medication.

When my son settled at around 7:30am I decided to do a quick run to the 24hour pharmacy to get some medication. Leaving son and husband both asleep on the sofa.

I was gone for 20mins but when I came back my mother’s rental car was gone and so was my son while my husband was still asleep. He was as shocked as I was they had gone.

Tried my mother’s mobile but no answer. After 45mins of me becoming increasingly hysterical I called the police who came out very fast and when I explained as above took things seriously.

6hours later my mother pulled back up and started telling the police (most adults know english here) that I had told her she could take my son out for the day, I am currently 6 months pregnant and she said it must be pregnancy brain which the police seemed to accept and acted like the matter was closed since my son was home safely and showing everyone the toys he been bought.

I told my mother to leave and that I never want to see her again. She started telling family I kicked her out for no reason and she can’t find a hotel and they blew up my phone to which I told them she had kidnapped my son and I am going to pursue this with the police.

Now I am being called an a-hole for saying my son was kidnapped when he was “just taken on a day trip by his loving grandmother” and that a accusation like this could affect my mother’s job as a nurse.”

This reader said this woman is only speaking the truth about what her mother did.

And this Reddit user said she’s NTA and that her son was probably traumatized by this.

Another individual also said she’s NTA and that she needs to keep being a good mother. 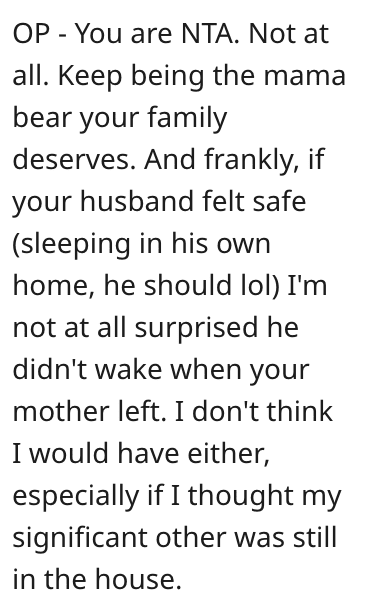