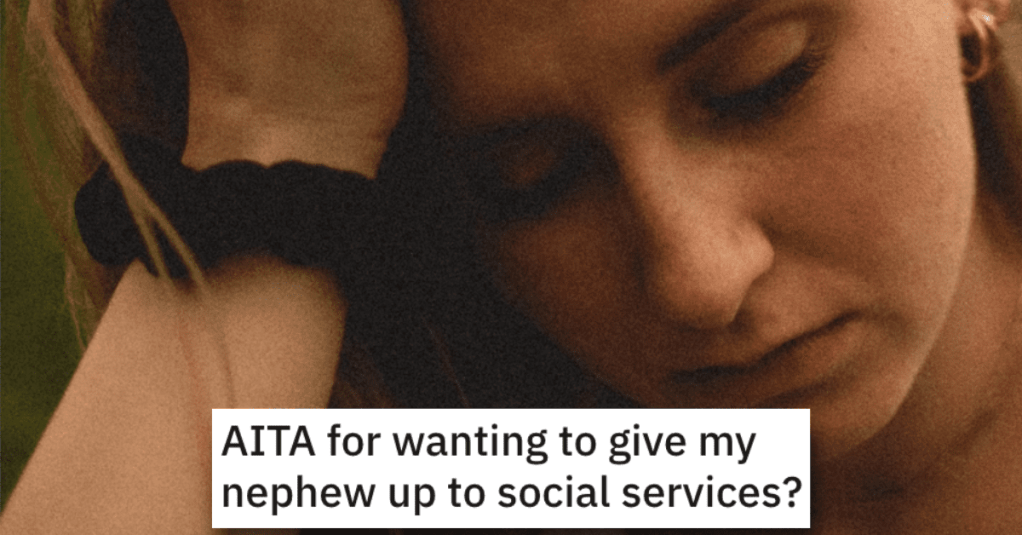 She Wants to Give the Nephew She Takes up to Social Services. Is She Wrong?

This is a tough story, I’m not gonna lie.

A lot of the stories on Reddit’s “Am I the A**hole?” page tend to center around family drama that isn’t extremely serious, but this story definitely is.

Take a look and see what you think.

AITA for wanting to give my nephew up to social services?

“So I (32f) understand that this may make me come across as a heartless b**ch but it is what it is.

Not too long ago my SiL d**d in a car accident. My brother d**d years ago so her death has left my nephew (12m) orphaned. I’ve always maintained a child free life for a number of reasons, mainly because I’m ace (so no interest in having a family) and autistic.

I’ve never been good around children and due to my autism looking after myself has been hassle enough so I know that I’d make an awful parent / guardian, especially when it comes to the emotional side of things.

Ever since the accident I have been looking after my nephew and without exaggeration it has been absolutely draining on me. My entire life and my routine has been derailed because of this, which I know isn’t my nephews fault, but it’s been putting under an amount of stress that I can’t handle.

The problem is that aside from myself there is no one in our family who is able to take care of him. My parents are elderly and in their late 70s so they can’t look after him. Custody hasn’t been fully sorted out yet and if I was to decline my nephew would be placed into the foster system.

I know it isn’t great or the best outcome for him but I’m dedicating to giving him over to them. They’ll be able to find people who can better care for him and who want to care for him (as bad as that sounds).

I haven’t told him my decision yet but I have made my parents and friends aware and, well, their reaction has been worse than I expected. Obviously I didn’t think they they would be okay with it but my parents are threatening to end communication with me and a lot of my friends are telling me that if I go through with this that they’ll distance themselves from me.

Obviously I’m aware that my nephew wants to stay with family and that he could suffer from going into the foster system – but I can’t take care of him in the way he needs. I can’t afford to take on the cost of getting a bigger apartment with a room for him, let alone bring him up or take care of him.

I think it’s best that others do it, they’ll do a better job than I can. But, still, people are calling me heartless and are making out that I’m some monster for this.

This reader had an idea about what might be the best route forward. 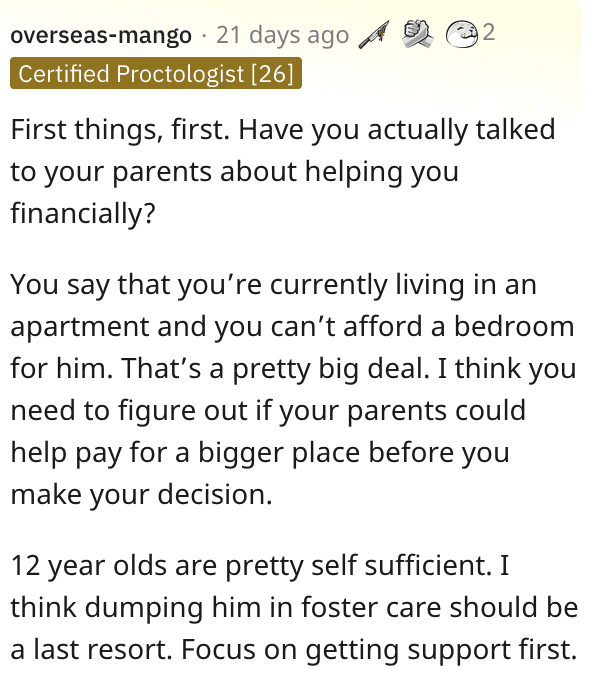 And another Reddit user thinks that this is what the woman who wrote the post genuinely feels is the best option. 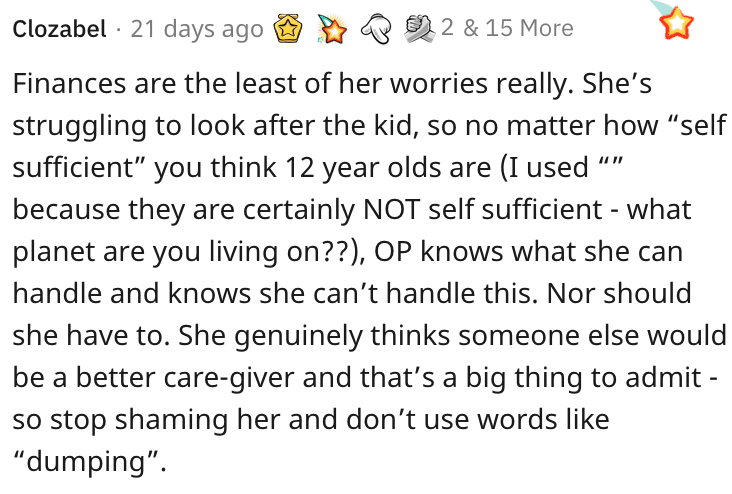 But another individual said that she should not do this because of how messed up the foster care system can be. 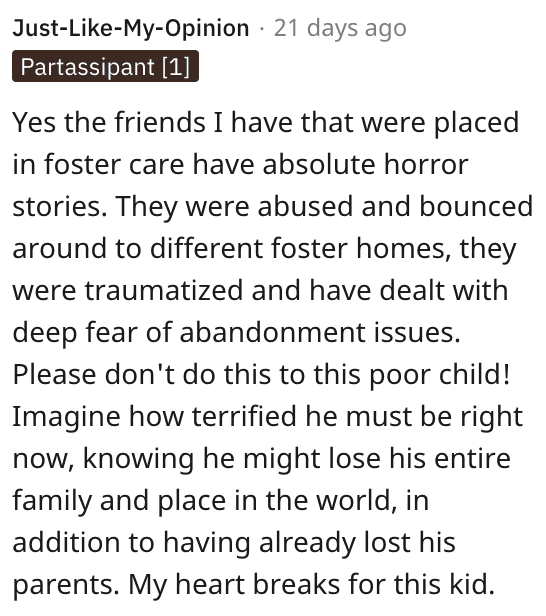