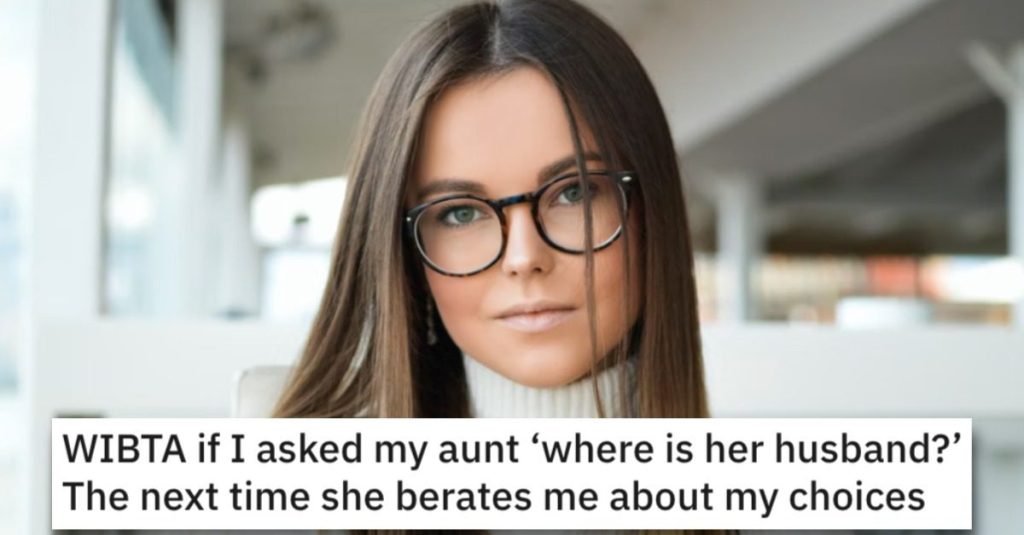 She Wants to Put Her Aunt in Her Place Next Time She Berates Her for Her Life Choices. Would She Be a Jerk?

Why oh why can’t people just mind their own business?

Enjoy this story and see if you think this woman acted like a jerk for what she said to her aunt.

WIBTA if I asked my aunt ‘where is her husband?’ The next time she berates me about my choices.

“I (F27) have been married to my husband T(M32) for 5 years, he’s great and honestly my best friend. I also have an aunt(65) who has never been married, that I love dearly but she is very old fashioned like most women boomers in the Black community.

She has made several hurtful comments to me about different choices that I/T made. For one I decided to keep my last name for my own reasons and T was fine with it. My aunt basically told me I was a bad wife and emasculated him by not taking his name. We also divide domestic labor a ton in our house, she also takes issue with that and thinks a woman should be the keeper of the home.

She REALLY has an issue with the fact that we have decided to remain child free. To this she says I’m denying him his legacy/bloodline. All of these comments have hurt and annoyed me. She tries to paint me as such a terrible wife I’m tempted to ask her “where is your husband since you have so much to say?””

This reader said she actually would be an a**hole if she said this. 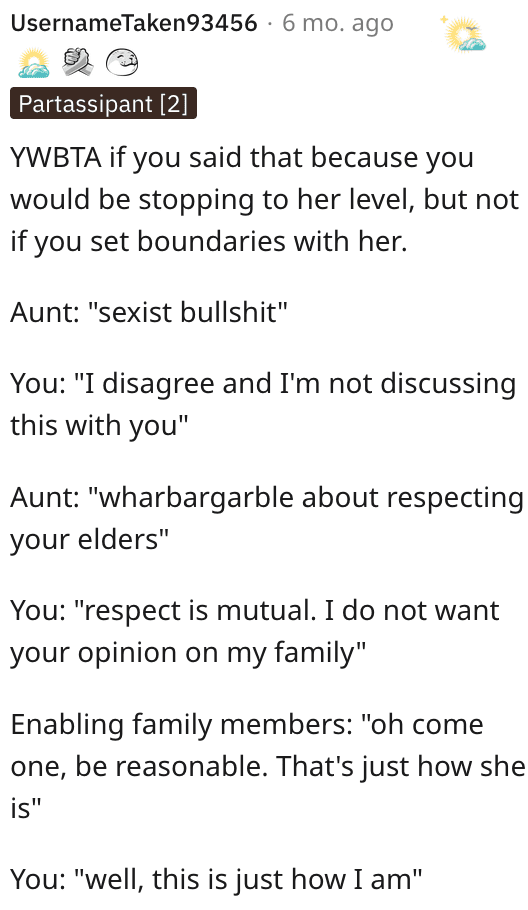 And another individual said “going nuclear” worked for her in the past…in the short term, at least…

And this Reddit user said she should take the diplomatic approach but if that doesn’t work, pettiness will have to do… 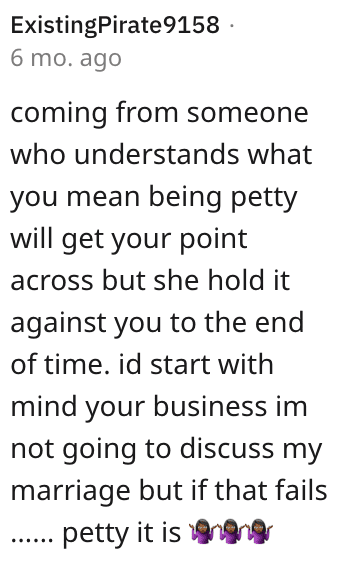