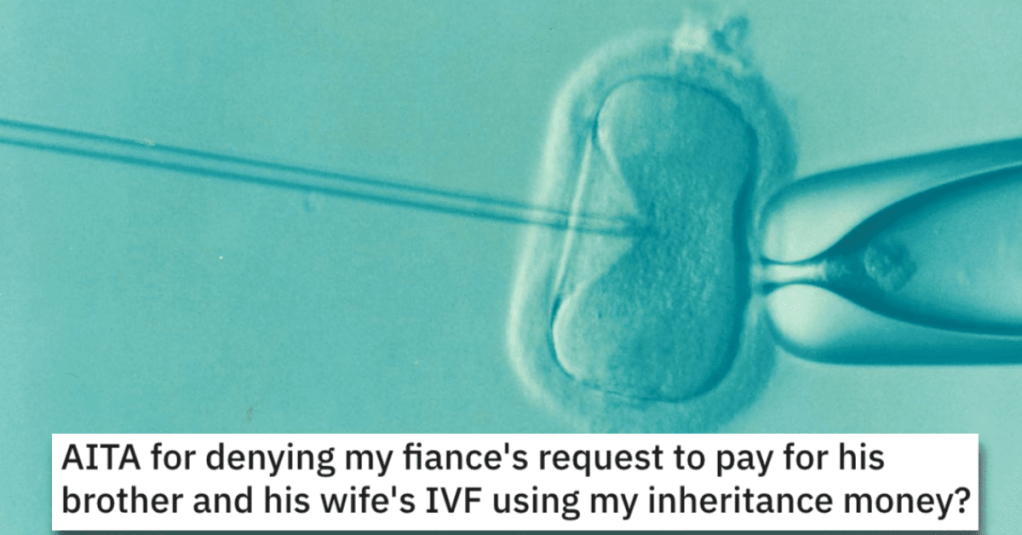 She Won’t Pay For Someone’s IVF Treatment Using Her Inheritance. Is She Wrong?

Maybe it’s just me, but I think it takes a lot of nerve to tell someone what they should do with the money they inherit.

Check out this story from Reddit’s “Am I the A**hole?” page and let us know if you think this woman acted like a jerk.

AITA for denying my fiancee’s request to pay for his brother and his wife’s IVF using my inheritance money?

“I f32 have recently inherited money from my mom. she was only parent and losing her is beyond devastating.

The money can barely be called inheritance because my mom and her family didn’t have much but it’s better than nothing. my fiance at first said I deserved it and have the right to do whatever I wanted with it.

However, he told his whole family about and then his infertile brother and his wife pulled him aside for a conversation. After that he started talking about “wanting/needing” a nephew/niece. basically hinting about his brother’s infertility issues then flatout requested that I pay for his brother and wife’s IVF treatment from my inheritance money.

I was taken aback initially but then I declined. He got mad saying I was selfish because (1) He & I are blessed to never have issues with fertility. and (2) I literally have nothing to lose if I give them money….”easy money” that I didn’t work for. This upset me to the point where I lashed oit at him telling him to stop bothering and guilting me about it.

I denied the request as a final decision. but he got more agitated and went on a campaign to shame me for treating him as if he’s not my future husband therefor gets say/right to my inheritance. and not giving a single c**p about his family’s issues.”

One person said she’s NTA and that they shouldn’t get married to this guy. 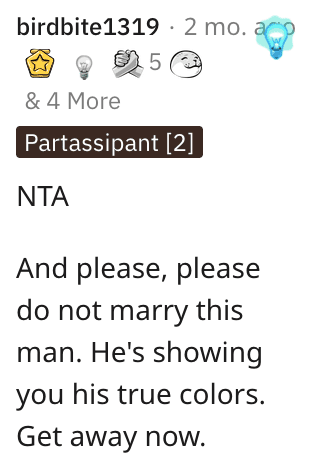 And this Reddit user said she needs to keep a close eye on all of her finances to make srue this guy doesn’t try anything.