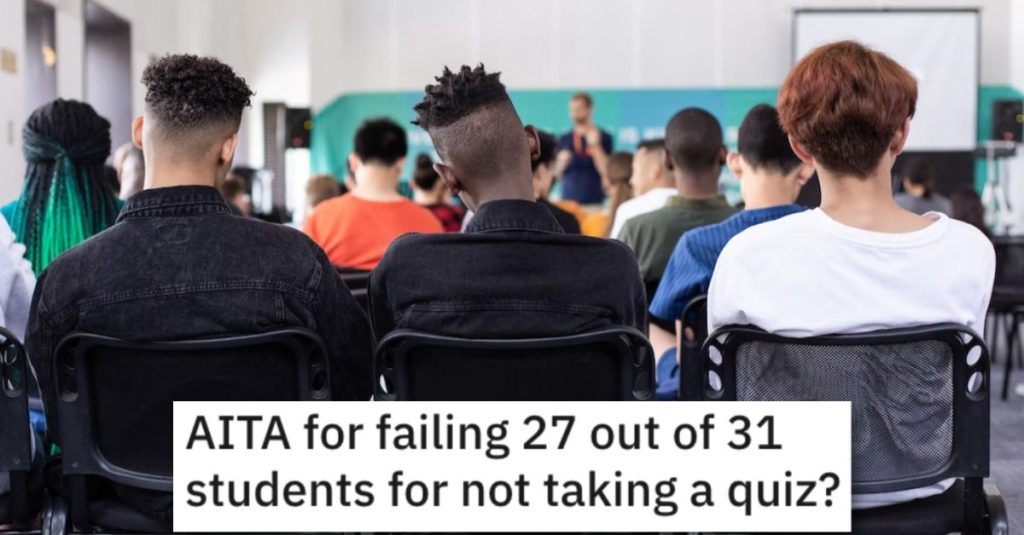 Teacher Failed Most of Her Students for Not Taking a Quiz. Is She Wrong?

You never know when they’re gonna surprise you…or when you’re going to have to fail a whole class of them!

So, here’s the question: is this teacher a jerk for failing most of her students because they didn’t take a quiz?

AITA for failing 27 out of 31 students for not taking a quiz?

“I teach a math class in eight grade. Because the classroom is really small and they are many people, they sometimes are a bit loud. But that’s ok and I try to give my best to accommodate them to be most comfortable.

Wednesday they were really loud and I announced an online quiz because we did not come to the point to do it in class. I also stated that I would upload it on Thursday and it would be due on Friday at 6pm. It is not much (10 questions) just to see where everyone is at. But it is graded.

I repeated myself twice that it was mandatory and graded and they did not listen apparently.

I uploaded the quiz and four people actually took it. They received feedback and their grade. The rest did not take the quiz. So I gave them all a 0 today.

In less than 15 Minutes the first student mailed me that I could not just fail him. A few students joined in complaining about the 0, some of them apologized for not turning it in. Then a mother emailed me how I could fail her precious daughter. And that if 27 people failed it would mean my quiz was too hard and I would be an AH to fail them all.

Until now I did not respond to any of this mails because then they would except to answer everybody. I will do this on Monday.

But I wonder am I am AH for failing them?

Take a look at what Reddit users had to say about this story.

One person who is a teacher said they’re NTA and that this is a teachable moment for the students. 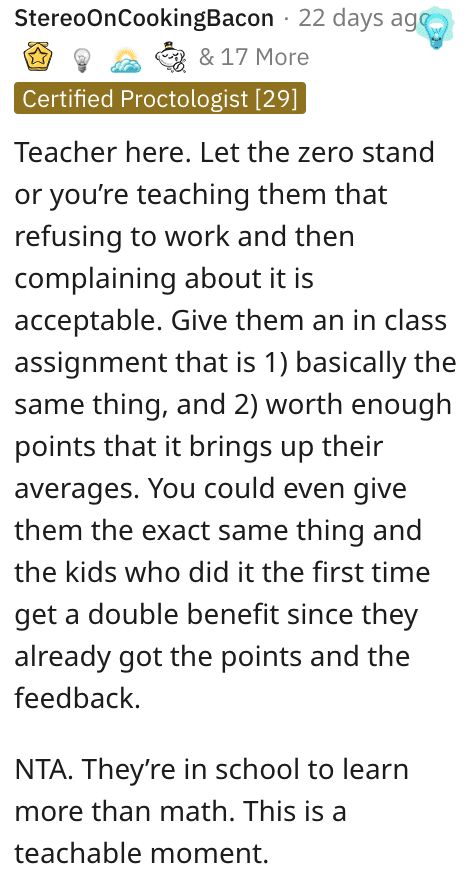 Another Reddit user said that even if they were a student they’d know this was their fault. 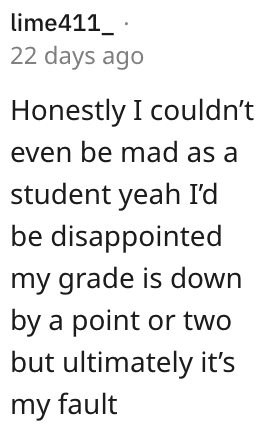 And this individual said they’re NTA and that if they were a parent they would only be mad at their kid. 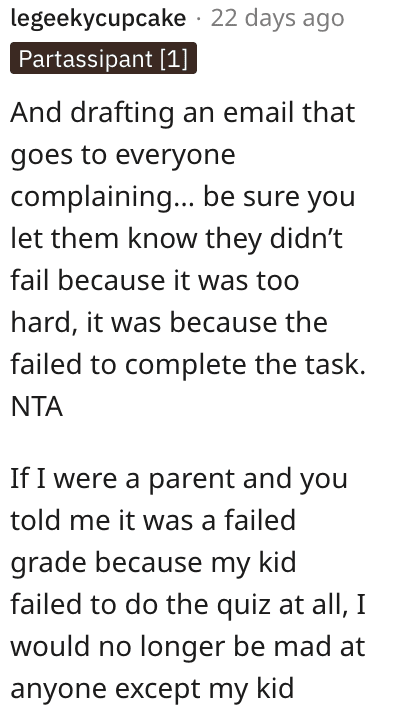