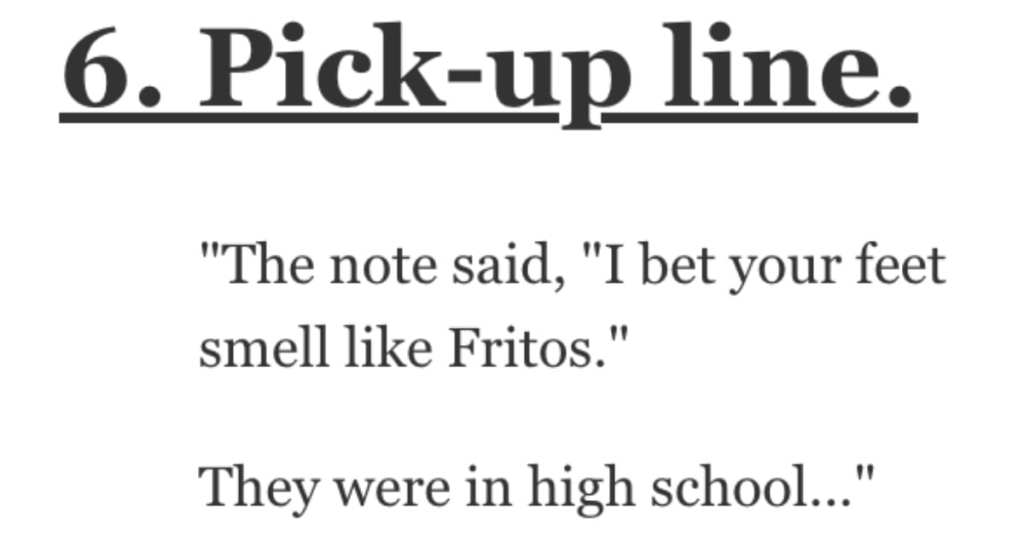 Do you remember how often you and your friends passed notes to each other during class? Also, do you remember if you ever got caught in the act and the teacher seized the evidence?

Well, it’s time to take a trip down Memory Lane, because teachers took to AskReddit to talk about the funniest notes they ever confiscated in class.

1. I found the evidence.

“One day I found a note with impeccable folds. I carefully unravel it and find in the exact middle of the page, in beautiful handwriting, the words “a naked lady”.

Another time two girls left a notepad full of notes calling all the other girls b*tches and me a f*g. They thought they could get away with it because it was in Spanish.

I was their Spanish teacher, so… They were mortified when I gave it back to them the next day.”

“I intercepted a note which had a drawing of a giant veiny p*nis on it, with ‘your mouth is my paradise’ written underneath it.

The girl it was sent to looked sooo mortified.”

“I constantly find discarded notes in the halls of the high school I work at.

My most recent favorite was an index card that said “suck my left toe.””

“Come to my house tonight, put the guys in your bag so we can use them”

Apparently it was about some paper figurines they had made. Glad I asked them before I rang their parents thinking they were running a male slave ring or something.”

“The note said, “I bet your feet smell like Fritos.”

They were in high school…”

“I had a young “lady” who was harassing another student. She passed her a note that said “Your a stoopid bich!”

I blew it up, put it in the overhead and used it as a lesson for the your, you’re, their, they’re, there, to, two, too problem most kids seem to have.

Stoopid is now my favorite word.”

“I found one on the floor when I was in my first year teaching that said, “you smell like cat s*x and Hot Pockets.”

“I don’t remember the exact note, but they were discussing if there would ever be a mod to Minecraft where characters could have s*x.

It was two boys in seventh grade.”

“I teach students with disabilities. Last year at this time of year I had the students write letters to Santa. Now, these are middle school kids, just so you get the idea.

Anyway…”Eric” has been upset at me the last couple of days (made a chain out of stolen paper clips to whip me with, attacked me with a pencil, growls at me constantly). So, Eric starts writing this note then immediately runs to his locker and stuffs it in his bag.

I acted as though I didn’t notice and continued on. As soon as they went to lunch I read the note. It went something like this: “Dear Santa, I would like a new Lego set, a nice television and a new computer. Oh, and if you could run the teacher over with your sleigh that would be awesome. F*ck that guy.

The “Love Eric” part had me rolling. I found it so d*mn funny I just took a picture and put it back in the bag. Later that week he wrote a note asking my kids to choke me in my sleep.

“Not a note, but a drawing.

This is when I was student teaching in third grade. When kids finished a math quiz, they flipped the sheet over to draw on the back. I collect the papers, checking out the kids’ drawings as I go.

Now, one picture looks vaguely familiar, like a building with the sign “c*m bukit” at the top. I show the classroom teacher and she asks me if I want to talk to the student about it.

I give her a big “NOPE,” so she asks the student about her drawing out in the hallway.

Turns out it was a drawing of the Chum Bucket from SpongeBob.”

“I’m ashamed I laughed at this one. It simply said,

“should have used a condom” 🙁

Yes, the unhappy face was actually on the note.”

“”I know this sounds weird, but she’s thick. #hittingontheteacher”

I teach at an all-girls middle school…”

Have you ever confiscated a note from a student OR maybe you had one snatched from you when you were a kid?

Either way, we want to hear your stories! Talk to us in the comments!