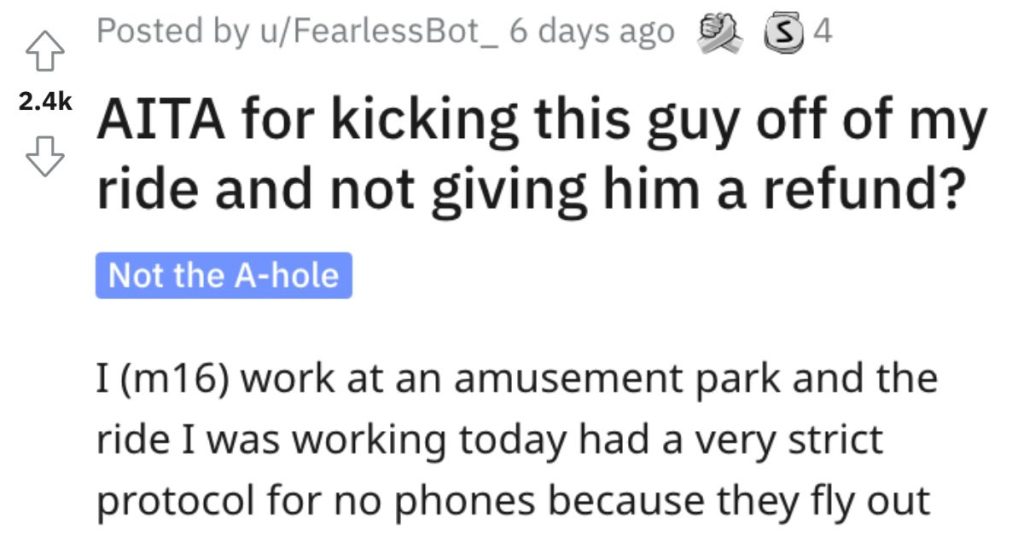 Teenager Enforced the Rules and Kicked Someone off the Amusement Park Ride He Was Running. Did He Behave Badly?

And if you don’t abide by them, you can’t participate anymore.

A teenager shared a story about something that went down at his job that now has him questioning if he acted like a jerk.

AITA for kicking this guy off of my ride and not giving him a refund?

“I (M 16) work at an amusement park and the ride I was working today had a very strict protocol for no phones because they fly out easily.

When people have there phones out I just spam the Auto announcement button that tells them to put their phone away. And if they don’t listen I go on the intercom. I haven’t had it get farther then that. But today it did. After 2 warnings on the intercom I stopped the ride and over the intercom told everyone to stay seated.

I walked over to the guy and tried to calmly tell him to put this phone away, but then he flipped out and started cussing me out, including using the f slur multiple times because I had a rainbow lanyard on. After his fit I asked him to get off my ride and he refused again, cussing me out for a second time.

I then stormed off and called security, they kicked him out and he wanted a refund from me but I refused. People started telling me I overreacted and now I don’t know what to think.”

And here’s how readers reacted to this story.

This reader said this kid did exactly what he was supposed to do. 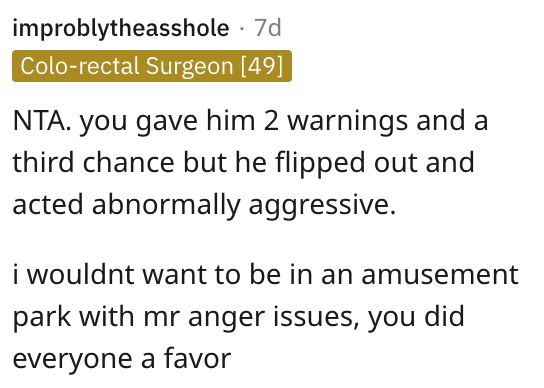 Another Reddit user pointed out the obvious: objects flying at high speeds are gonna hurt people! 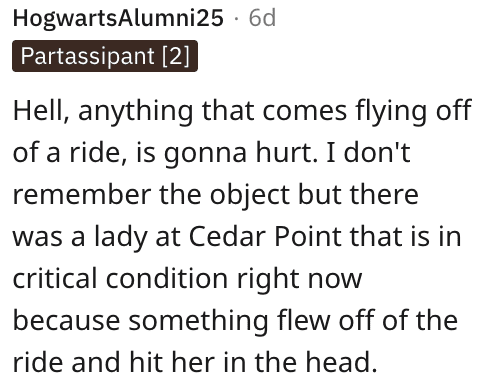 One individual had their own story about getting injured on a ride. 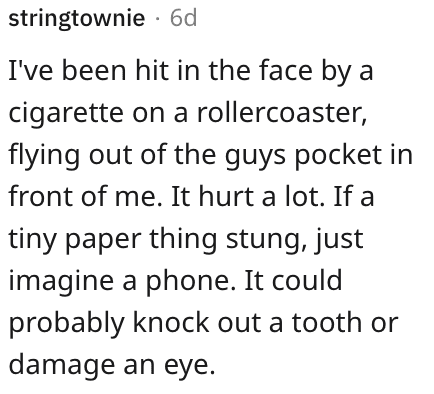 And this Reddit users said the kid was just doing his job and that he should not feel bad about what he did. 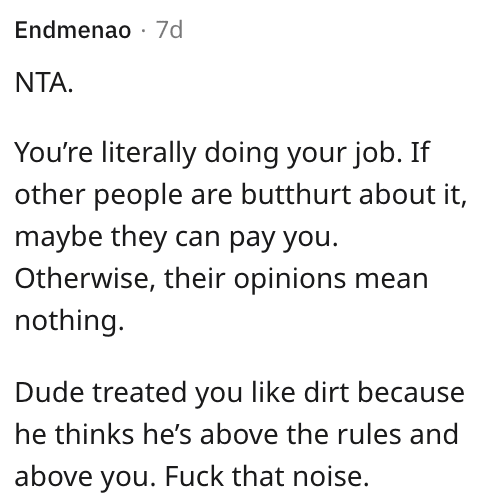 What do you think about this person’s actions?