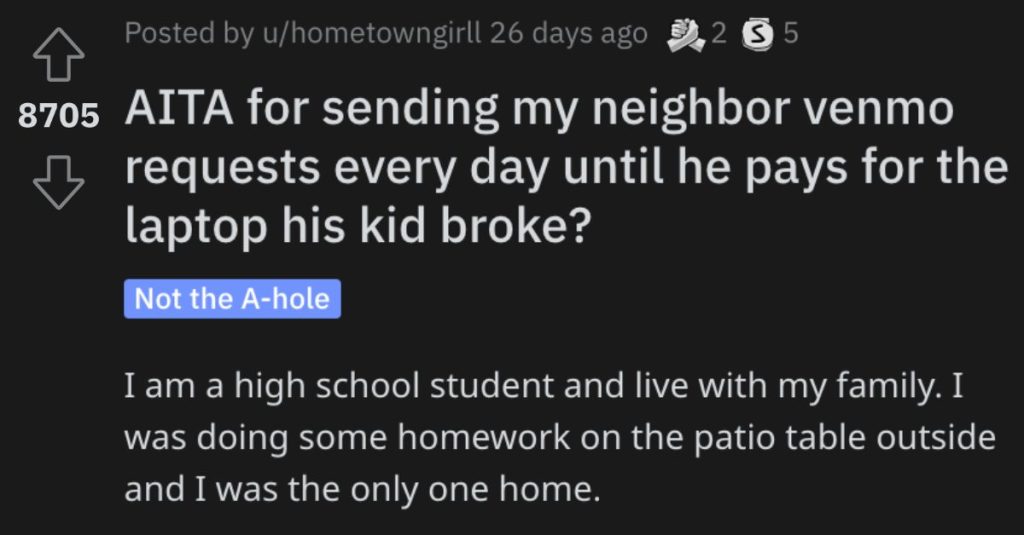 Teenager Sends Daily Venmo Requests to Neighbor for Breaking His Laptop. Is He Wrong?

Sure, you can do some things on your cell phone, but so many of us depend on an actual computer to get our work done that we’re up the creek if something happens to it…

And that’s why I sympathize with this teenager who had their laptop ruined by a neighbor.

AITA for sending my neighbor Venmo requests every day until he pays for the laptop his kid broke?

“I am a high school student and live with my family. I was doing some homework on the patio table outside and I was the only one home.

I went inside to refill my water bottle and came back out to see my laptop on the ground, and my neighbors kid running around the deck. The neighbor lives next door in a different house, we don’t have a shared yard, so I was not expecting his kid coming around.

I went home and checked on the ring camera and saw a video of my neighbors kid running into the yard, running under the table, pushing up on the underside of the table causing everything on it to tilt and slide to the ground, and running away, in the under a minute I’d been inside.

I downloaded the video to my phone and went to the neighbors house to ask him for money to replace the laptop.

I decided to ask for $1700 for the laptop and $159 for the lost time that I spent doing the homework that I’d have to redo. I valued my lost time at the amount I’m paid at work since I’d likely have to skip a couple shifts at work to redo the assignment.

I went to the neighbors house and he said he wasn’t gonna pay because I shouldn’t have left the laptop out and anything could have happened like rain or something.

I said it was a clear day and I only went inside for a minute. Anyway “anything” didn’t happen, I had a video of his kid ‘happening’ to my laptop and since she was too little to pay for it herself he had to as her dad. He said no.

Now this might be petty but I have his Venmo because my family and his family did a barbecue block party thing and I had to pay him for a share of the shopping.

So every day I’ve sent a $1859 request to him and he keeps declining it.

I told my family and they think I shouldn’t of left out the laptop and that I was harassing him doing that and they will replace it for me. They would use some of my college fund money.

But I feel like they shouldn’t have to pay. Plus I’ll need that college fund for college!

So I’ve kept venmo requesting him and also posted the video from the camera on the community Facebook saying “Hey any advice here? I had a neighors kid come to my house and break something expensive, on camera. Are they supposed to pay and how can I do that? The parents have been refusing to pay a bunch of times. Is there some home owner insurance to help? Sorry for dumb questions, I’m a high schooler and have never dealt with something like this before!”

Anyway my parents found the post and got upset at me for stirring the s**t, and for continuing to venmo request him

AITA for being so stubborn about getting paid for the broken laptop?”

This reader said that this teenager needs to file in small claims court. 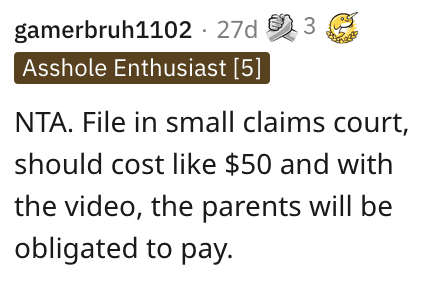 And another person said that this could also be considered trespassing. 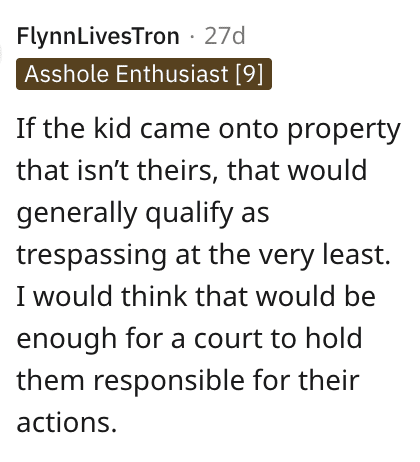 This individual said that these parents sound pretty darn negligent. 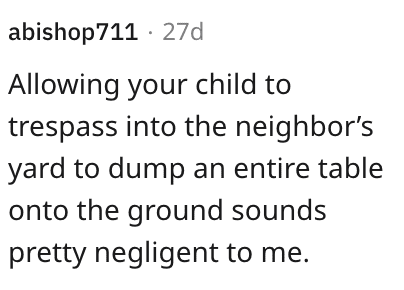 And this Reddit user said that this person should get the police involved. 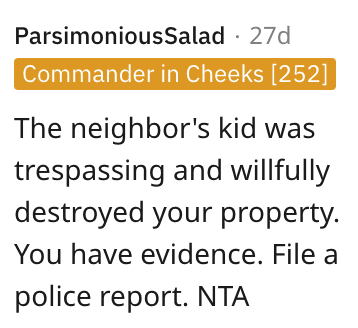