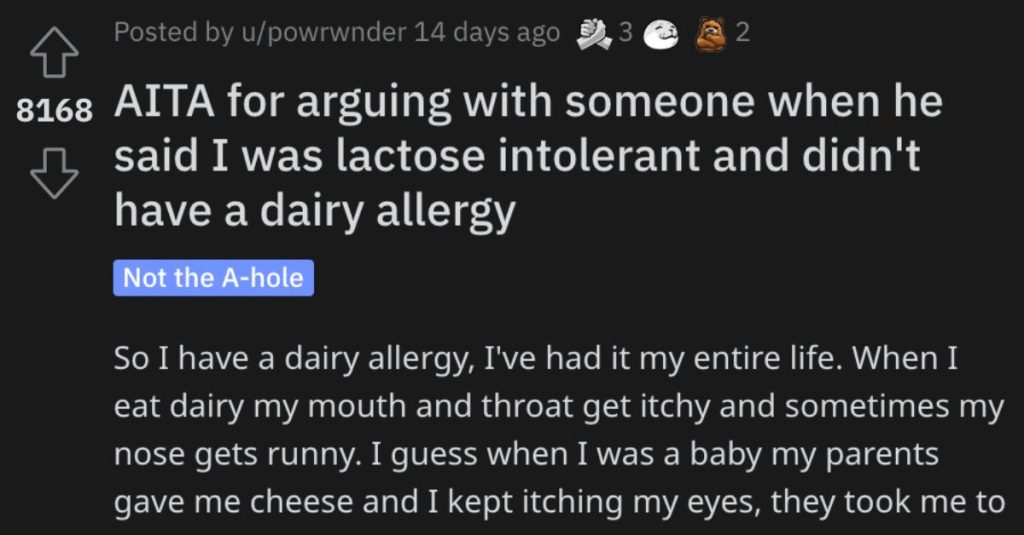 They Got Into an Argument With Someone Over Food Allergies. Did They Act Like a Jerk?

If someone has food allergies, just accept it as fact and get on with your life.

What’s the point in arguing about it or trying to prove someone wrong?

But here we are again with a story from Reddit’s “Am I the A**hole?” page.

AITA for arguing with someone when he said I was lactose intolerant and didn’t have a dairy allergy?

“So I have a dairy allergy, I’ve had it my entire life.

When I eat dairy my mouth and throat get itchy and sometimes my nose gets runny. I guess when I was a baby my parents gave me cheese and I kept itching my eyes, they took me to the pediatrician and he determined I had a dairy allergy.

I was hanging out with some friends yesterday like 4 people and my friend brought his friend “Allen” with. My friend said something about getting pizza and I said “you guys can and I’ll get a burger or something somewhere because I can’t eat pizza ” (people forget no big deal).

I said “well if I eat dairy my throat gets itchy and if someone has lactose intolerance it upsets their stomach” he was like “it’s lactose intolerance dairy allergies aren’t a thing”. I told him if he wanted someone to explain it to him I’d give him my doctor’s number but I’m done discussing it, I had zero intention of doing that but I was sick of going in circles.

After allen left my friend that brought him said that I should have just agreed with Allen instead if arguing with him because he’s “argumentative and always has to prove he’s right” that I antagonized him by feeding into it?

AITA? Should I have just said sure and let it go?”

This reader said that the guy they were arguing with sounds totally clueless. 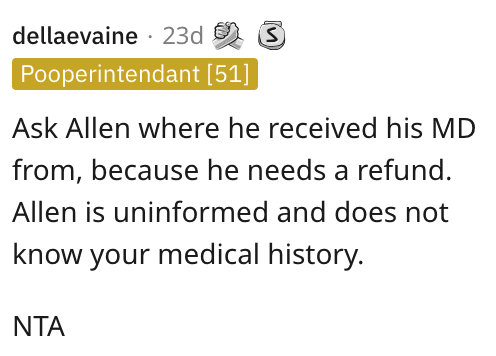 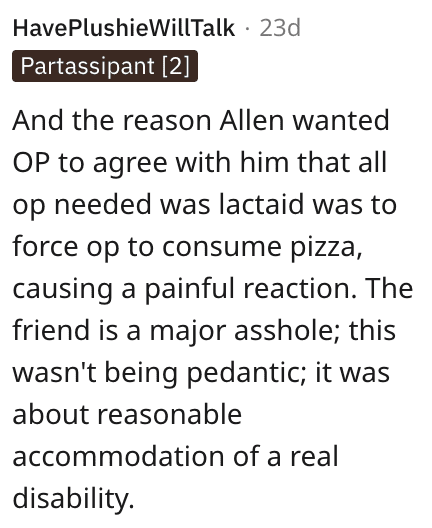 Another individual said that a lot of people have no idea what they’re talking about in this department. 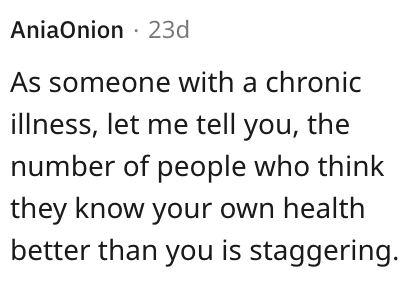 And this reader said that Allen seems to be the one with the problem here. 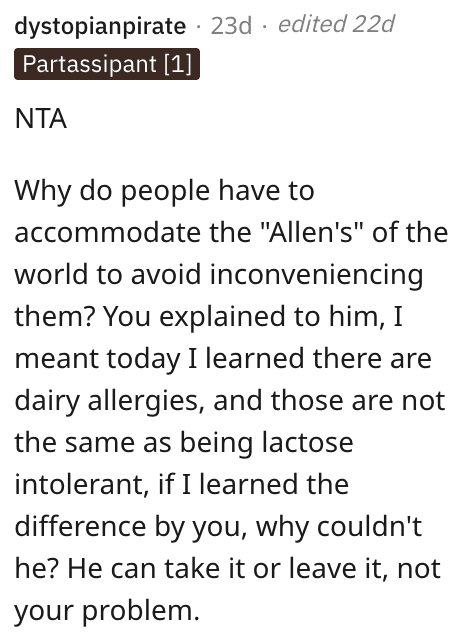