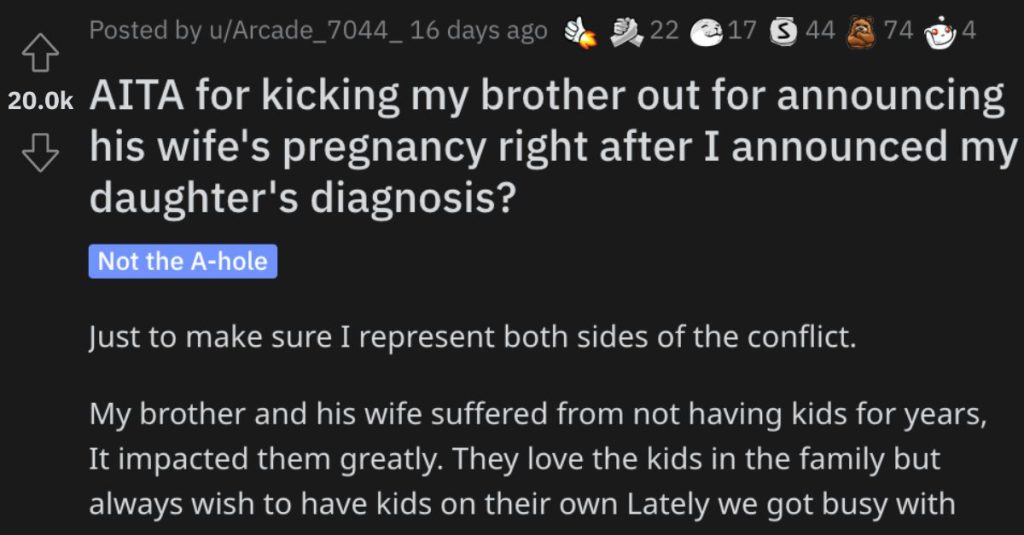 They Kicked Their Brother Out for Announcing a Pregnancy After Hearing Bad Family News. Did They Overreact?

Timing is everything folks…

And that especially goes for being courteous and respectful to family members and friends who are going through a hard time.

AITA for kicking my brother out for announcing his wife’s pregnancy right after I announced my daughter’s diagnosis?

“Just to make sure I represent both sides of the conflict.

My brother and his wife suffered from not having kids for years, It impacted them greatly. They love the kids in the family but always wish to have kids on their own Lately we got busy with Megan’s (12) health problems. She started suffering from anemia, loss of appetite, and recurrent fevers. We’ve taken her to the pediatrician and from there we’ve learned that she has cancer.

It was so devastating I didn’t want to tell my family right away. Most of them have chroinc conditions and this type of news might trigger a negative reaction because they love Megan and would give everything to see her healthy. My friend suggested using FB but no.

My husband and I decided to gather the family at my house this past Wednesday to announce Megan’s diagnosis. My aunt didn’t take it well becaue she holds Megan dear so she was rightfully the most devastated one. After few minutes of complete silence, my brother started moving in his seat saying there’s something very serious he wanted to tell everyone. he was hesitant but then he and wife stood up then he said they just found out they were finally expecting.

The family were conflicted some got up to congratulate them and some remained seated, I remained seated and my brother then approached me and expressed how sorry he was they had to tell us in these circumstances but said he couldn’t wait since this is huge deal for them after years of waiting and because everyone was present. Literally everyone since I said the announcement we wanted to make concerned Megan.

I argued with him about how he thought this was an appropriate time and asked if Megan mattered to him at all since he didn’t take a minute to realize she was just diagnosed with cancer.

He started reminding me of how many years he and his wife suffered from frustration and disappointment for not being able to have kids and argued that because he wasn’t able to be a father until now (he’s 37) he felt he was missing out on so much for many years and that I didn’t have to finally tell him congratulations but should at least not guilt him for feeling overwhelmed and excited to finally be a father.

He said I knew exactly how much he adores Megan and I shouldn’t even think otherwise. Then said he was just sharing good news after hearing the bad news and there was nothing wrong with that. I told him and his wife to leave my house right then. He said he won’t argue anymore because of how tense I felt but will expect me to apologize at some point.

Some family agreed with me but my parents thought I shouldn’t have taken my anger out on him like that and that he’ll always remember my reaction to the news he gave and I should apologize after I’ve calmed down.”

This person said that the woman’s brother was totally inappropriate in this situation. 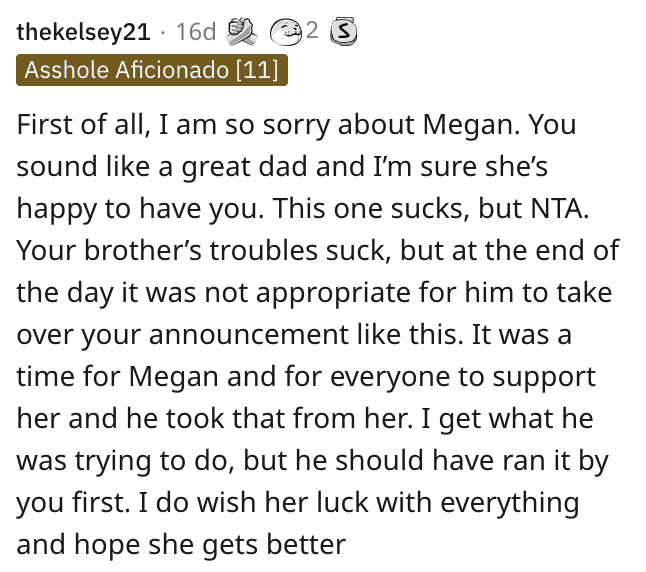 Another person argued that this behavior was just plain inconsiderate. 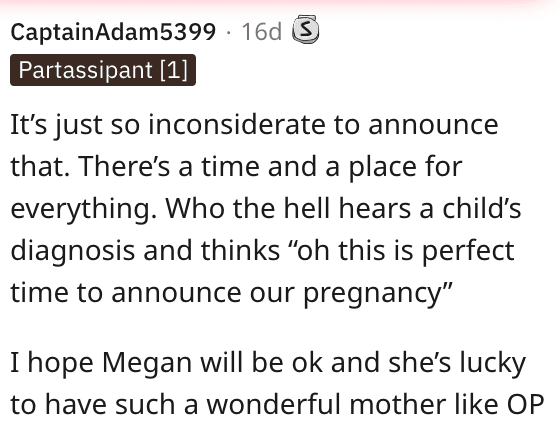 Another Reddit user said that this was a clear case of hijacking someone else’s time. 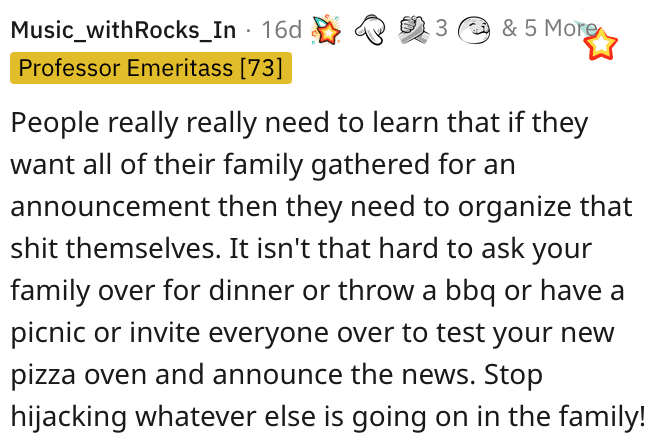 And lastly, another reader called this what it is: tone deaf! 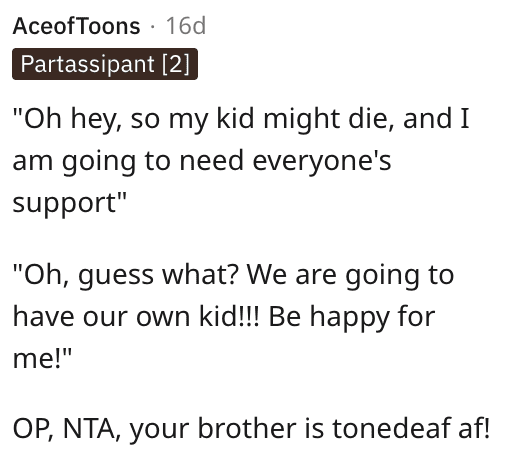 Do you think they overreacted or the brother had it coming?

Share your thoughts with us in the comments. Thanks a lot!