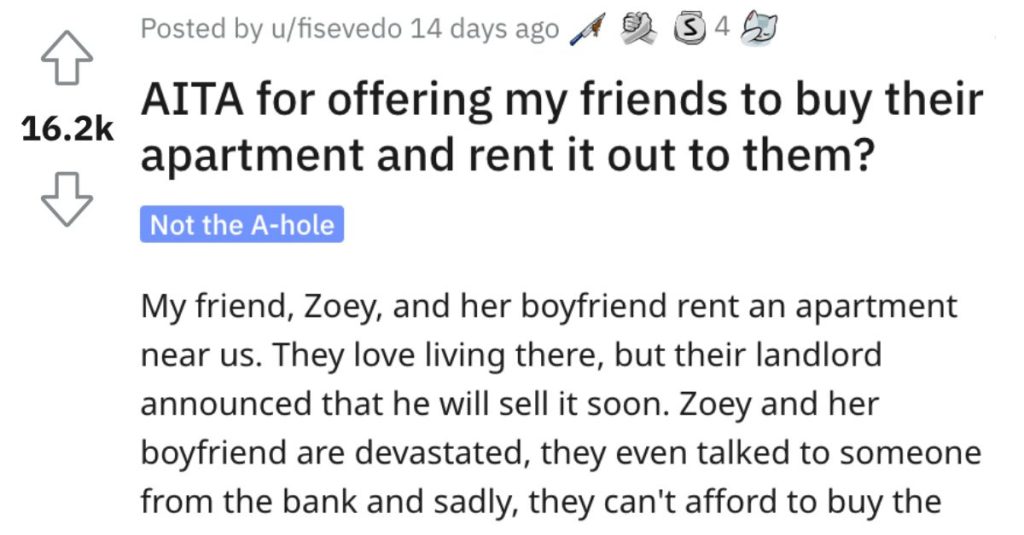 They Offered to Buy a Friend’s Apartment and Rent It Out to Them. Were They Out of Line?

I think I’d love it if a friend of mine was my landlord.

Had a party last night and flooded the basement?

Don’t even worry about it!

See what I’m talking about here…?

I say this because the person who wrote this story wants to know if they were wrong for offering to buy a friend’s apartment and rent it out to them.

AITA for offering my friends to buy their apartment and rent it out to them?

“My friend, Zoey, and her boyfriend rent an apartment near us.

They love living there, but their landlord announced that he will sell it soon. Zoey and her boyfriend are devastated, they even talked to someone from the bank and sadly, they can’t afford to buy the place.

My husband and I talked and realized that we have enough money to buy the apartment. I told Zoey and her boyfriend that we could buy it and they could keep living there. The only difference for them would be that they are sending the rent money to a different account from now on.

Zoey’s boyfriend lost it, he basically started yelling at us. He said he doesn’t need us taking away his apartment then getting rich off on his rent money. He said something about us making him buy an apartment for us, because the mortgage will be paid with his rent and we would be using him.

He called us arrogant among other things and meanwhile I’m baffled by his overreaction, I’m wandering… Were our offer really that offensive?

This reader said they’re NTA and they would ratchet up the pettiness if they were them. 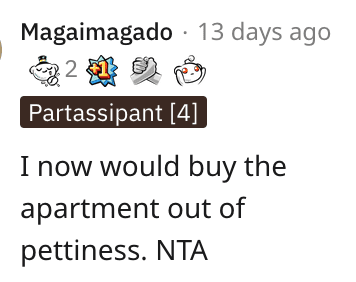 And this person said this just sounds like they’d be buying a big headache. 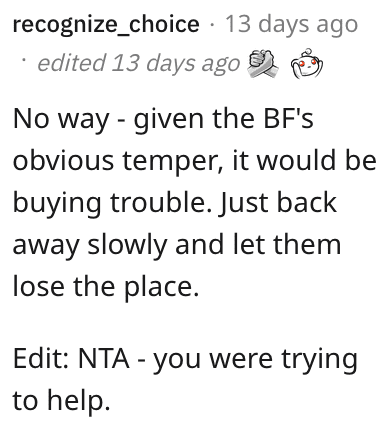 Another Reddit user said they’re NTA but they shouldn’t mix business with pleasure. 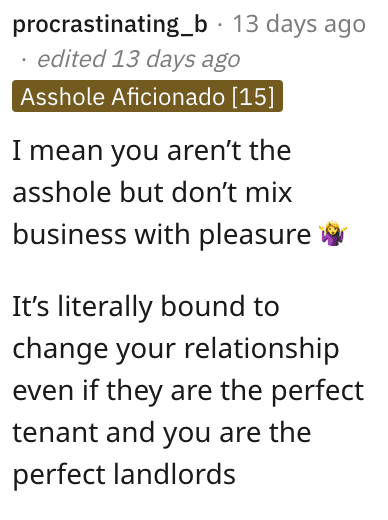