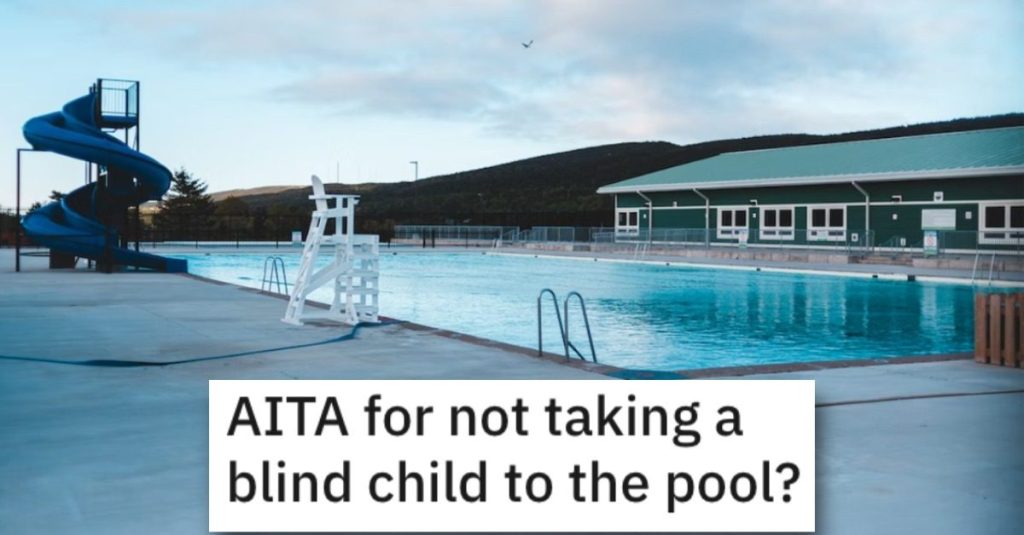 They Refused to Take a Blind Child to a Pool. Were They Wrong?

Let me ask you a question and I want a serious answer…would you take a blind child that wasn’t yours to a pool with other kids?

Yeah, that’s a tough one…

And that’s the subject of today’s story from Reddit’s “Am I the A**hole?” page.

Let’s see what went down…

AITA for not taking a blind child to the pool?

“We got one last really nice warm day, and I said I would take my son and his friends to the pool this morning. When he was texting everyone he told me one of his friends had a cousin over and asked would we be able to take her as well. I asked how old the cousin is and if she knows how to swim. He said ten and yes, so I said of course.

We get to the house, and I meet this cousin, and she is blind. Right away, I felt nervous. I was going to have six kids with me, and no other adults. I’ve always been a little neurotic about water safety.

My son is a great swimmer, and so are his friends, but I’ve never met this girl before, and I don’t know if she is a strong swimmer. I was worried that I would be constantly watching her the whole time, and that would mean I wasn’t paying enough attention to the other kids. I decided to take the kids to the park instead.

The kids complained, but I said there was a problem at the pool, and they got over it. Eight year olds have short attention spans. The cousin is getting along with the boys, even though she’s a couple years older. I did text all the parents to let them know where we are, for safety. The aunt of the little girl just texted me back asking me what happened to the pool plan.

She said I was fine with five, and it seems obvious I just didn’t want to watch a blind child in water. I responded that even if that’s true (which, yeah, it is, I just didn’t want to admit it) would that really be so bad? If I’m not comfortable in my ability to keep the kids safe in water, I shouldn’t supervise them in water.

She said if I can’t keep kids safe in water I’m a bad mom and that I was being a b**ch to a ten year old. I like this girl, she is so sweet, but I get anxious about water safety.

This reader said they’re NTA and that this could have been a disaster. 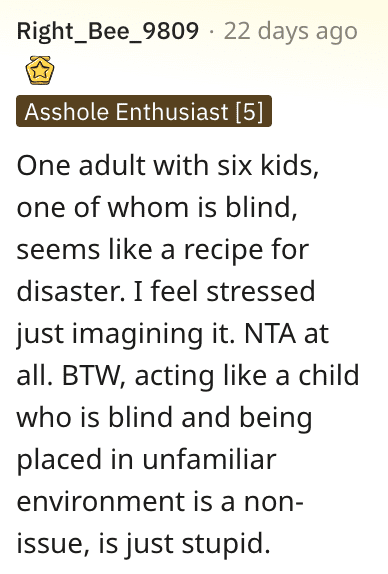 Another reader said they went above and beyond and they’re NTA at all. 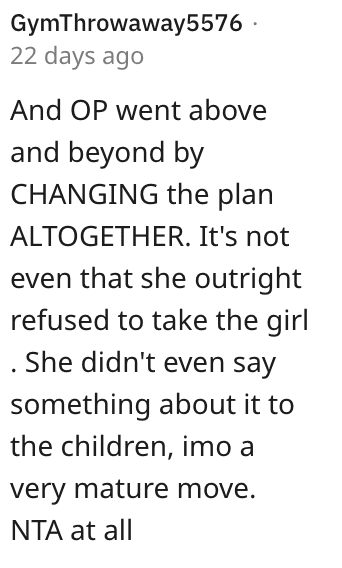 And this individual said this was actually a very mature move by the person who wrote the post.