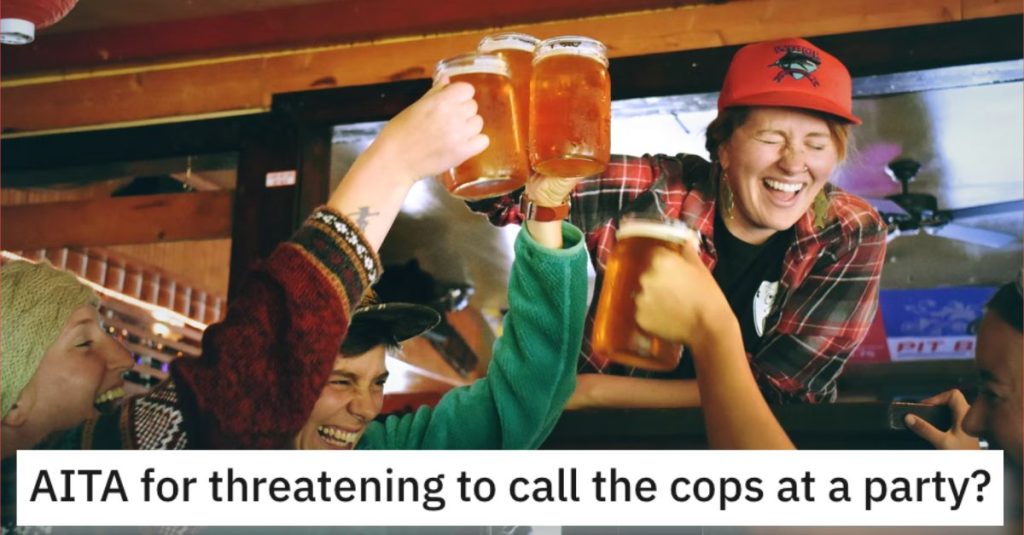 They Threatened to Call the Cops at a Party. Were They Wrong?

Parties can get wild and you never really know what might happen…which can be good AND bad.

But have you ever had to call the cops to a party?

This person threatened to do just that and now they want to know if they stepped over the line.

Let’s see how it all went down.

AITA for threatening to call the cops at a party?

“8 years ago I wrecked my motorcycle and had my right leg amputated above the knee. I get around fine with a good quality prosthetic leg.

My friends helped me alot right after the accident when I was really depressed. They’re great guys, but they can be a little childish/frat bro types. Love them to d**th and they literally saved my life, but I’ve definitely matured more than some of them.

One of my oldest friends, we’ll call him J, just bought a new house and wanted to host a Superbowl party. Two of the guests are guys I know well, the rest are distant acquaintances. Well my stump is itching like crazy. By now we all had a few drinks and everyone is pretty into the game, so I discretely remove my prosthesis and prop it up on the couch next to me.

Later on one of the guys I don’t know well sees it. He asks if he can look at the prosthesis, I say sure. He messes with it a bit and then starts joking that he’s going to pawn it, how much do you think I can get for the cyborg leg, etc. I’m laughing along until he moves it to the other side of the room.

Without it or a mobility aid I’m a sitting duck so it makes me real nervous when it’s out of reach. He says he’s not done looking at it and goes to get another drink. When he comes back I tell him it’s not funny, I need it back. He holds it out about 10 feet away and says “come get it.”

Now I’m not about to hop over and arm wrestle this guy for it, so I pull out my phone, make eye contact with J and say “either your friend gives my leg back or I’m calling the f**king cops.”

The room went d**d quiet. The guy handed me my leg and said “Jesus man, I was just messing around.”

I left pretty shortly after, I was heated and the mood was awkward. Still I didn’t think I was the a**hole until J texted me today saying I overreacted. Now I feel like a d**k because I know I did ruin his party and yelled at his friend in his house.

Asked my other two friends, one said I was out of line, the other said I was justified. Looking for a tie breaker vote.”

This reader said that this person is NTA and his “friends” are not friends at all. 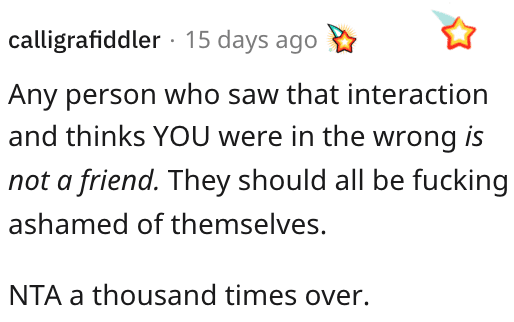 And this individual said that it’s unbelievable that anyone would think this kind of behavior is okay. 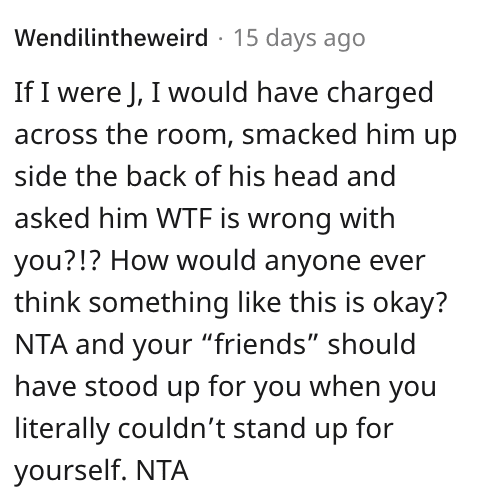 And this reader said that this “joke” went way too far and that these people are not worth being friends with. 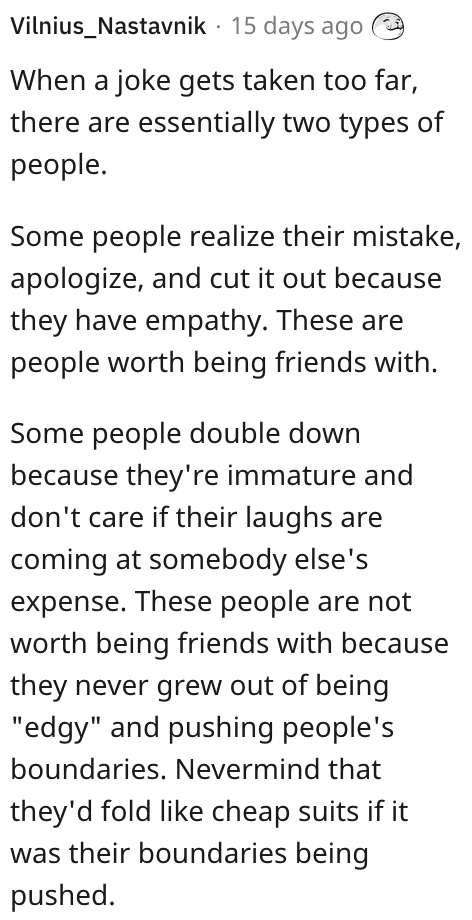