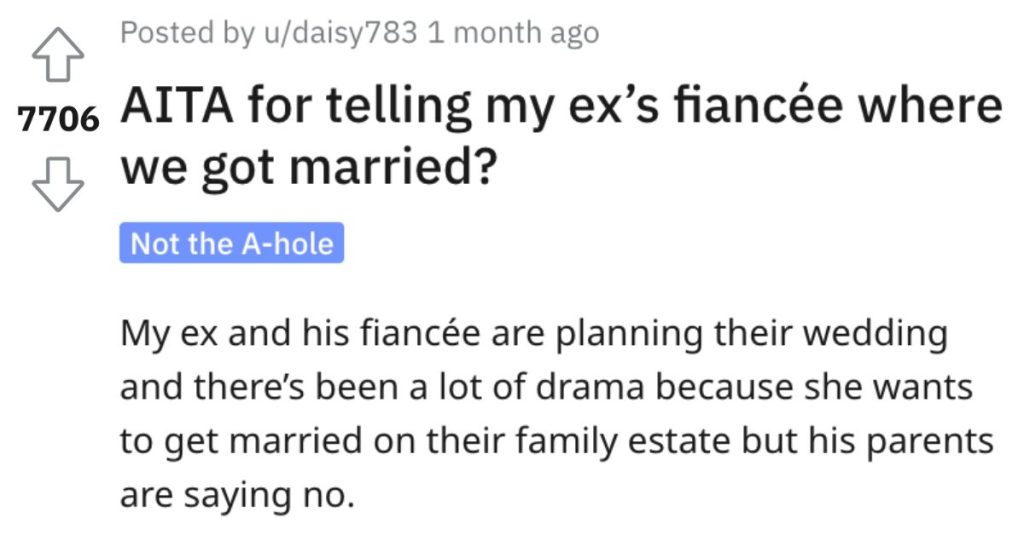 They Told Their Ex’s Fiancée Where They Got Married. Are They a Jerk?

Didn’t mean to spill the beans about that!

But sometimes in life, you let a big secret slip out now and again.

Read on to see what happened in this story and if you think this person was out of line for what they said to their ex’s fiancée.

AITA for telling my ex’s fiancée where we got married?

“My ex and his fiancée are planning their wedding and there’s been a lot of drama because she wants to get married on their family estate but his parents are saying no.

When I went to pick my son up, she asked me where we had gotten married. She said she saw pictures from our wedding and the venue was beautiful and since she was struggling to find a venue, she was interested in using the same one. If she had seen pictures, it would’ve been very obvious to her where we got married so I didn’t want to lie. I told her the truth, that we got married on his family’s estate.

She had a huge fight with my ex’s family because they told her nobody had ever been allowed to get married on the estate, which I proved was a lie. Now my ex is angry at me for causing drama. He thinks I should’ve lied to her because our circumstances were different which is why we got married there. According to his sister, she accused them of favouring me, trying to sabotage her wedding and wanting us to get back together.

This reader said they’re NTA and all they did was tell the truth. 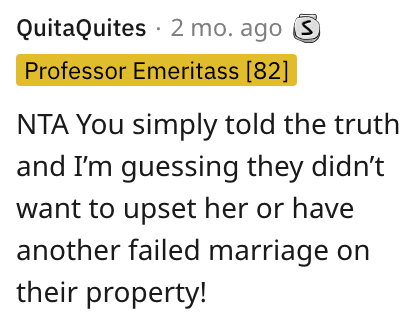 And this Reddit user made a good point about how much work goes into hosting a wedding, by the way. 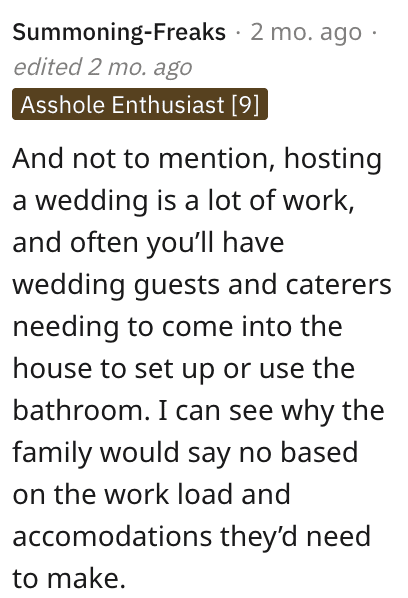 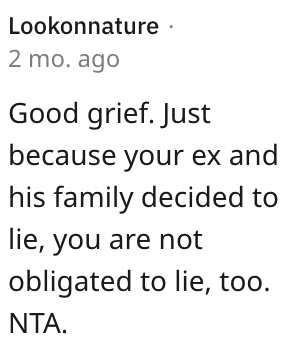