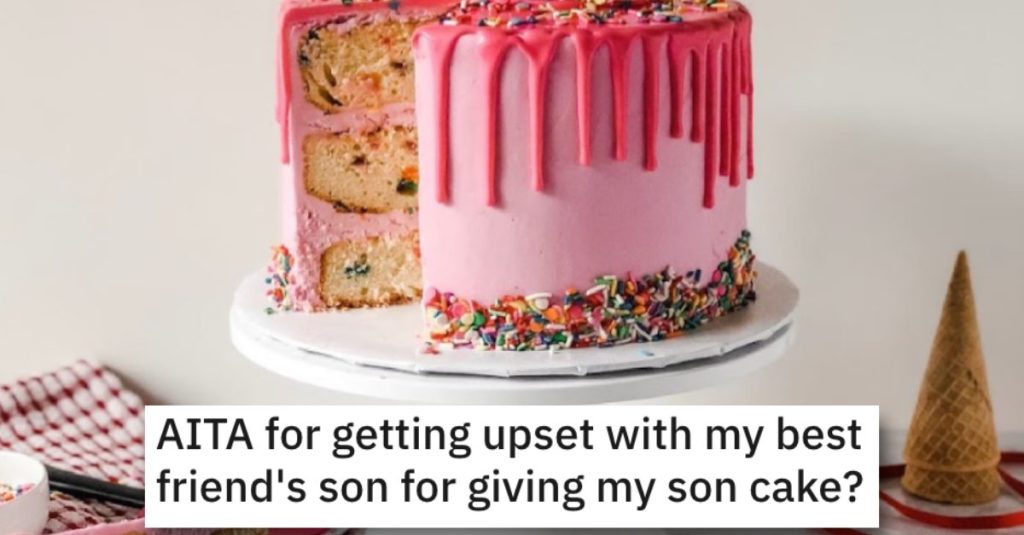 They’re Upset Because Someone Gave Their Son Cake. Are They Wrong?

I think we all probably realize by now that giving someone else’s kids food without the parents’ permission is never a good idea.

Kids have allergies, some have to avoid certain foods, etc. So it’s usually just best not to do it.

And this parent got pretty upset when another kid gave her own son some cake.

Let’s get into the nitty-gritty to see what took place.

AITA for getting upset with my best friend’s son for giving my son cake?

“My son is 8 years old and recently attended his friend’s 8th birthday party. This friend is my best friend’s son. I don’t let my son have any/much junk food at all and usually he brings his own snacks (for this incident it was carrot sticks and ranch) to events that have a lot of sugary foods.

My best friend bakes a lot, and made a special chocolate cake for her son’s birthday. When it comes to my son, I don’t let him have cake. This is personal preference for his health, not for any allergy reasons, and he is not diabetic or gluten free. My son knows he isn’t allowed to have cake because of the additives.

When he told his best friend this at the party, his friend apparently got upset and told him it was “good cake”, not bad like I say, because his mom made it, and it was his birthday cake. My son ate cake, got a sugar rush, and crashed, making him cranky for the rest of the day after we left the party.

I told my friend she needs to have some kind of consequences for her son to teach him not to peer pressure other children into eating things they’re not allowed to have. She said because it wasn’t an issue of allergies or health, that she’s sorry my son was cranky but she won’t be punishing her son or talking to him about it on his birthday.

She says also that she’ll just that she’ll watch more closely/make sure her husband does in the future, as well as have a chat with him on another day about respecting food habits. (I love my friend, but historically, her and her husband have always said ‘yes’ to their son and not given him any consequences for anything.)

Both of us were present at the party and did not see them sharing the cake (they were outside eating in the backyard with their fathers and some other parents supervising while we cleaned up) so it’s not an issue of anyone going behind anyone’s back, just teaching children boundaries and respect.

I let my son stay for the rest of the party and be with his friend, so it’s not like I ruined the day.

AITA for being upset with my friend’s son and the fact that she won’t punish her son for pressuring my son into eating cake?”

Here’s how folks on Reddit reacted to this story.

This reader said this parent is definitely an a**hole and they added a little something about sugar rushes. 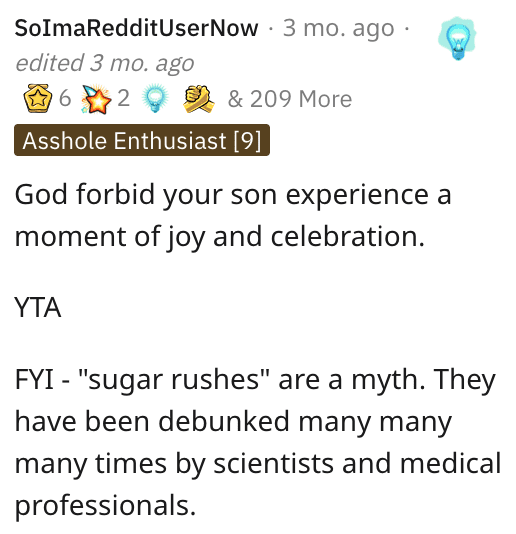 And this Reddit user brought up a good point about how important it is for people to share food.

This individual said this kind of treatment will lead to emotional damage to this kid. 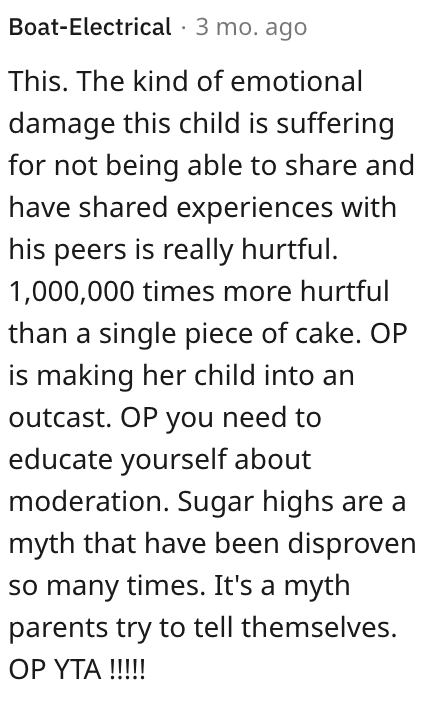