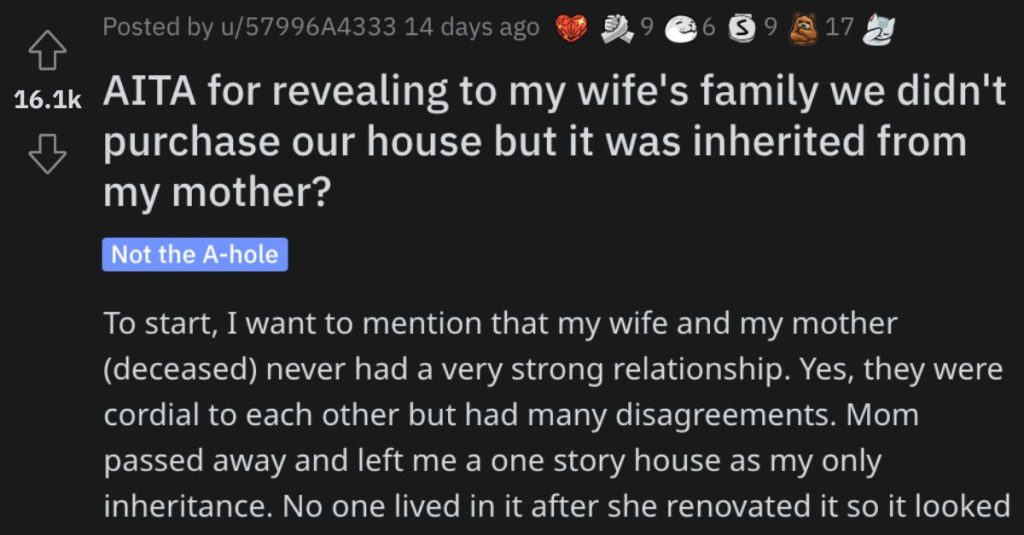 This Man Told His Wife’s Family They Inherited Their House and Didn’t Pay For It. Was He Wrong?

People tend to get really sensitive and dramatic when it comes to finances and keeping up appearances, huh?

And this story from Reddit’s “Am I the A**hole?” page took a strange turn when a woman lied about how she and her husband got their house…and then the husband corrected her and caused some hurt feelings.

AITA for revealing to my wife’s family we didn’t purchase our house but it was inherited from my mother?

“To start, I want to mention that my wife and my mother (deceased) never had a very strong relationship.

Yes, they were cordial to each other but had many disagreements. Mom passed away and left me a one story house as my only inheritance. No one lived in it after she renovated it so it looked fairly new. My wife was happy and excited when we moved in she posted a video on social media and wrote that the house was bought with our money. I didn’t know about her saying that until later.

Her aunt was visiting from a distance to see the house my wife told her we purchased. We sat to eat and chat a bit and her aunt brought up the house’s value asking how we could afford to buy it so suddenly. I was confused as my wife went on about putting money we’ve saved together towards buying it.

Room went radio silence. My wife’s aunt said “what? I’m sorry I didn’t know that” my wife’s cousin side eyed her and said “So isn’t this mother inlaw the same mother inlaw you h**ed for years? Shame she’s not here so you can thank her for leaving you this nice house”. My wife was stunned at this point and excused herself to the bathroom.

She didn’t come out til they left. Then she blew up at me asking why I told them the house was inheritaned from my mom and making her look like a liar infront of them. I redirected the question at her and asked why she told them otherwise.

She said there was no harm in showing off our new property and that people will appreciate us more for saying we bought it with our own money instead of inheritaned it. I argued that this was wrong and unfair for my mom even if they never got along.

She argued that I ruined her joy and humiliated her infront of her family and because word got out, now everyone knows and will think she is a liar when I could’ve simply played along since my mom wouldn’t possibly mind it or cause an issue over it now that she’s deceased so it won’t matter to her.

I stormed out after arguing with her and refusing to admit I messed up by not being part of the lie.

This reader said that the wife’s own behavior is to blame in this situation. 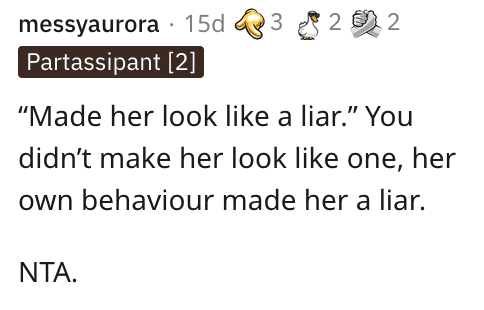 Another person said that the man’s wife was manipulative and disrespectful. 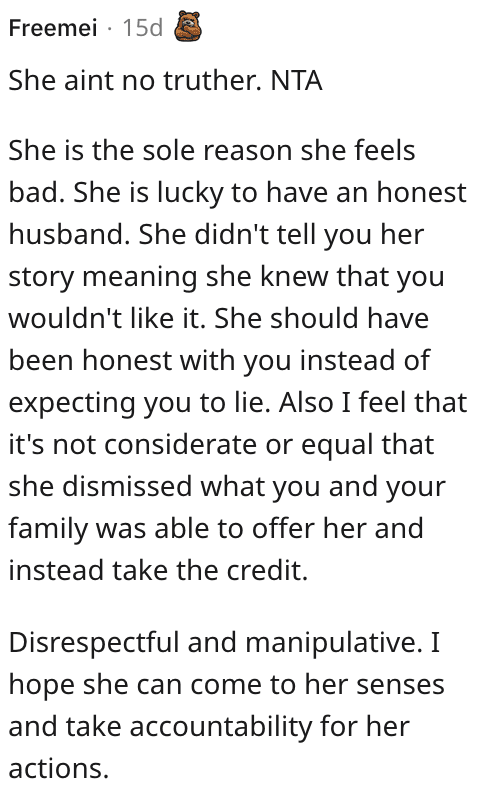 Another individual said that the woman ignored her husband’s feelings and that’s what led to this disagreement. 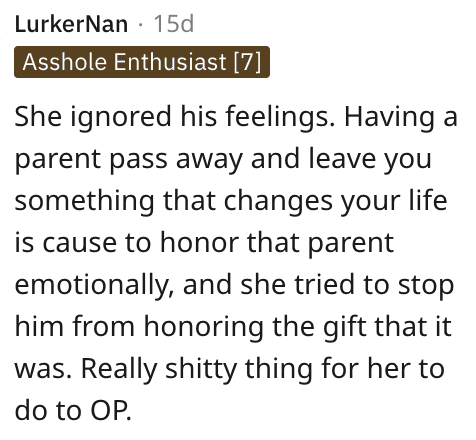 Finally, this reader said that the woman made her own bed by lying about this whole situation. 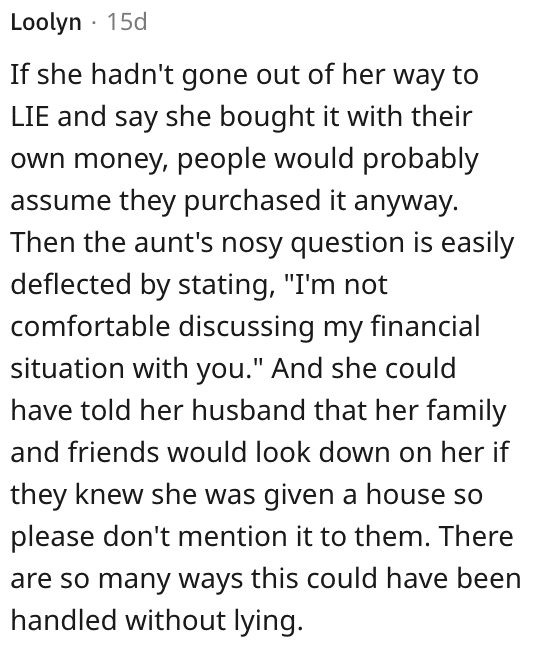