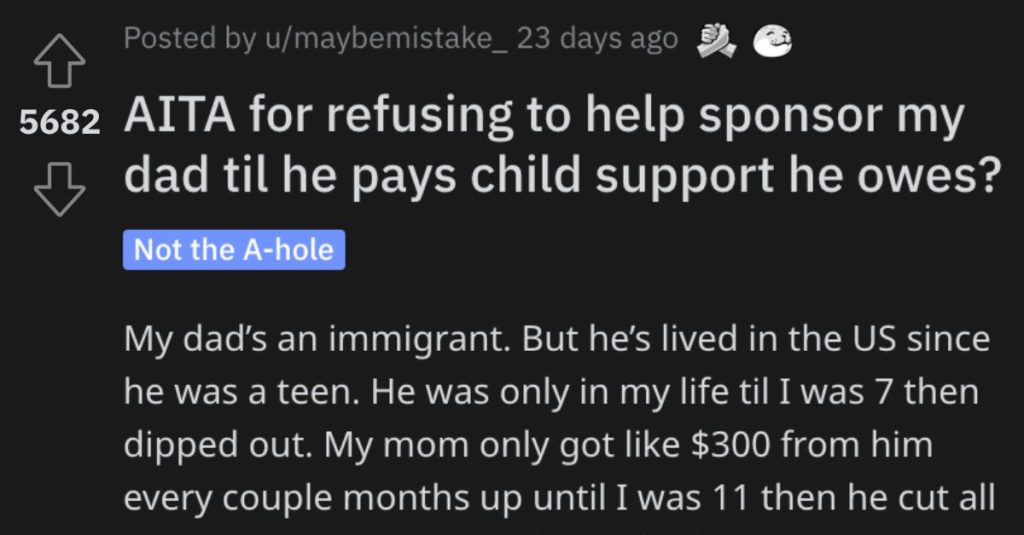 On one hand, you want to help out family members in any way you can…but on the other hand, everyone has some kind of baggage and resentments when it comes to parents, siblings, cousins, etc.

Take a look at this story from Reddit’s “Am I the A**hole?” page to see what happened.

AITA for refusing to help sponsor my dad til he pays child support he owes?

“My dad’s an immigrant. But he’s lived in the US since he was a teen. He was only in my life til I was 7 then dipped out.

My mom only got like $300 from him every couple months up until I was 11 then he cut all contact. I’m 24M he barely reached out to me. Says he’s been trying to find me for a couple years (conveniently after I turned 21) to ask for this favor. He’d like me to sponsor him so that he can be on the path to get his citizenship.

He’s got a work permit and because he’s working and stuff I really wouldn’t need to do anything according to his attorney except do the whole interview process, confirm he’s my dad and stuff. He just says he really needs my help. But I only told him I will when he pays back everything he owe since leaving us.

My mom passed away 2 years ago so it should’ve gone to her since she supported us two. Since he was paying $300, child support once a month plus the 7 years he didn’t pay s**t I said he owe little over $25k so if he want my help that’s the price.

I’m being told that I am too cold about it. My grandma on his side who’s been there for me plus my cousin say it’s not fair to play with something important like his citizenship. Especially when he got a family, 2 half sibs who are 8 and 6. My dad keep pleading with me he doesn’t have that kind of money but he needs his papers.

This person said that this person is not an a**hole and that they could be on the hook for certain things if they choose to sponsor their father. 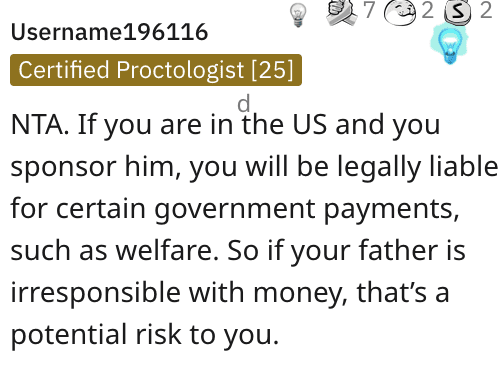 And another Reddit user asked a good question: where was this guy their whole life? 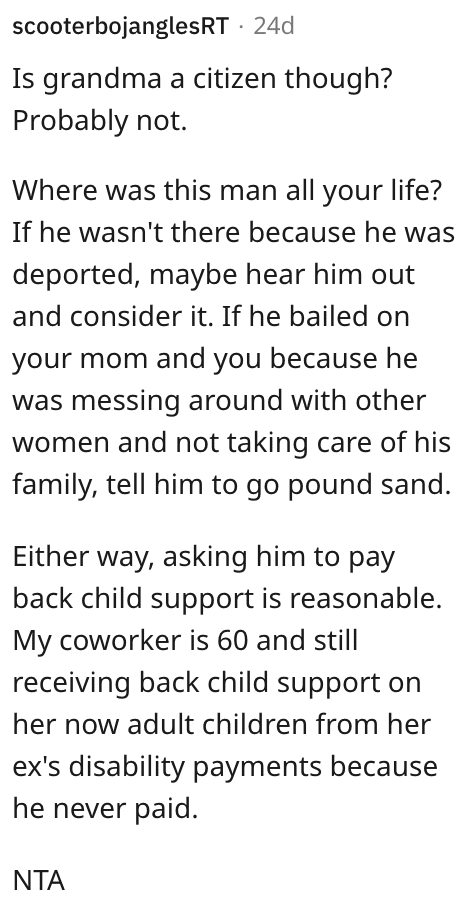 This individual said that the father has already proven that he’s a risk. 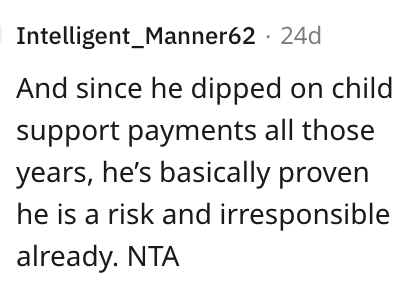 And another Reddit user said that this person needs to talk to a lawyer about this situation before making a decision. 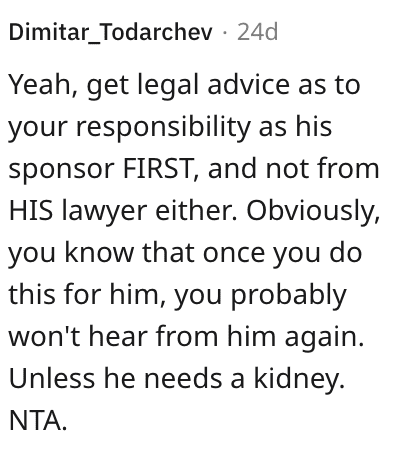