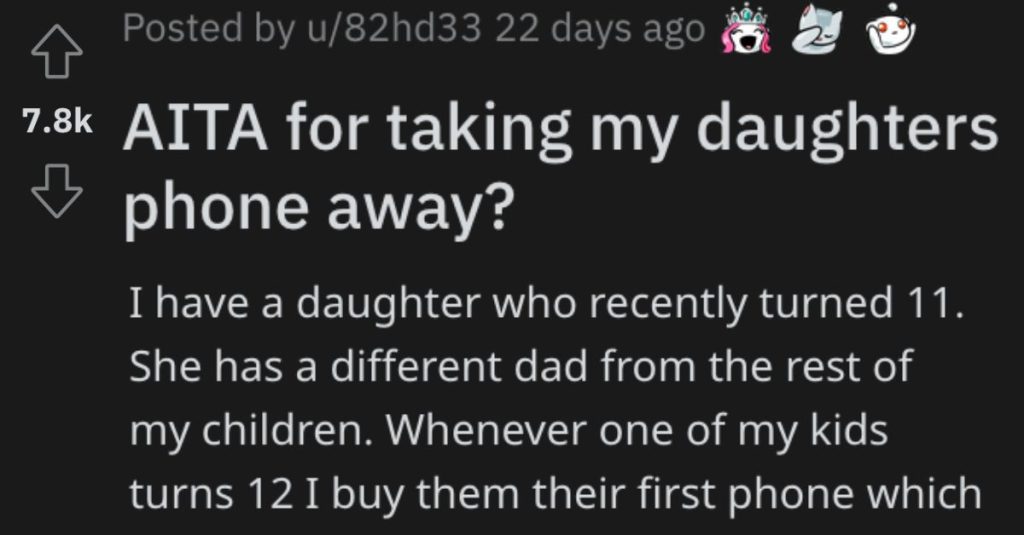 I’m not a parent, but every time I go out in public, all I see are kids with their faces glued to their phones…

Well, come to think of it, a lot of adults act the same way, too…

Nevertheless, the subject of this story is whether or not this mom was wrong for taking her daughter’s phone away.

AITA for taking my daughter’s phone away?

“I have a daughter who recently turned 11. She has a different dad from the rest of my children.

Whenever one of my kids turns 12 I buy them their first phone which is usually a cheap phone because I don’t think a kid needs an expensive phone. She has been complaining recently and asking me to buy her a phone because all her friends have one. I told her she has to wait like her siblings did.

So imagine my surprise when today she came home from her dad’s and had a phone with her and not just a cheap phone, I don’t know much about phones but it looked expensive.

I was furious so I took her phone away and told her she is not getting it back until she turns 12.

She started to cry and called her dad who called me an a**hole for taking the phone away. I told him he had no right to buy that for her and she should have got a cheap phone at her 12th birthday like the rest of her siblings.”

This reader said she’s an a**hole and that she sounds envious. 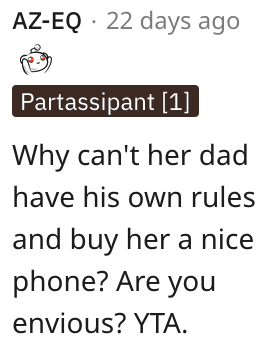 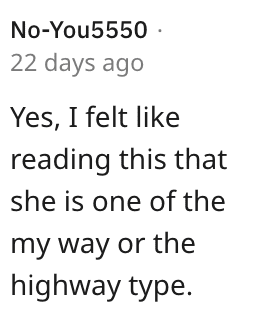 And this Reddit user said she should have discussed this with the father but she chose not to. 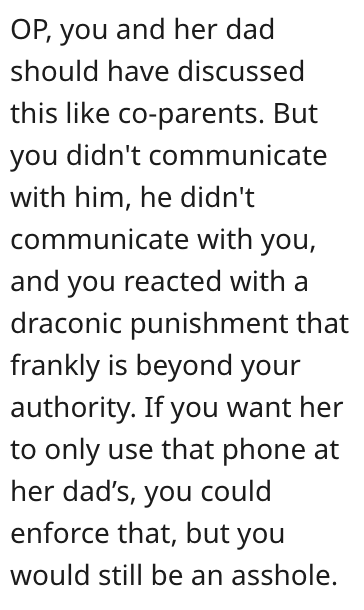