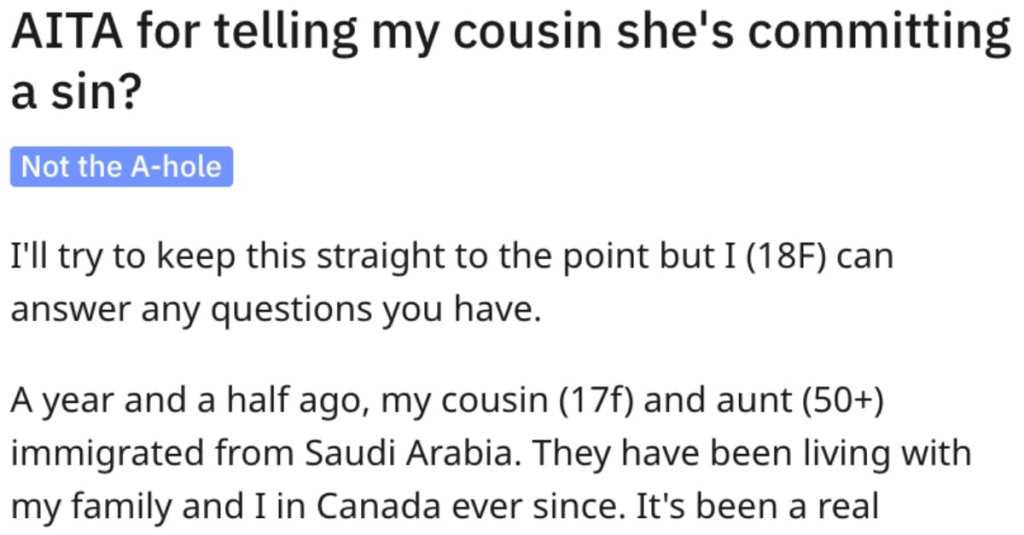 I am not a religious person and I don’t really have any religious friends or family members. And when I hear stories like the one you’re about to read, I’m kind of glad about that. Because it seems like it can get in the way of a lot of relationships.

A young woman took to Reddit to get advice about the way that she’s treating her cousin. Let’s see what she had to say.

AITA for telling my cousin she’s committing a sin?

“I’ll try to keep this straight to the point but I (18F) can answer any questions you have.

A year and a half ago, my cousin (17f) and aunt (50+) immigrated from Saudi Arabia. They have been living with my family and I in Canada ever since. It’s been a real struggle for everyone to adjust. Because they are way more religious than me, they see themselves as more superior.

I can’t read or write Arabic properly, so they say “Oh poor OP, losing her faith and culture because she was born here” or they comment on the fact that I can’t read the Qur’an in the original language.

Everything I do, they comment on. I watch a show, listen to music, dye my hair, wear skinny jeans, or anything remotely fun in front of them, and they give their opinion. ” Darling, this is Haram”, “sweetie, doing this is actually not permitted” , ” OP, you can’t do this unless you want to go to hell”.

My parents have told me to keep the peace and that they’ll soon get their own place. Since the whole lockdown, my cousin has taken up a new hobby- painting. She’s actually really talented and I’m surprised she’s never painted before. I was watching anime in our shared room when she told me to turn it off. She said she can’t concentrate listening to something Haram while she painted.

I told her that she’s also committing a sin by painting a girl. (In Islam, drawing/painting any living thing is a sin) This lead to a whole fight and our parents got involved. Basically, they’re telling me to apologize because her painting isn’t harming anybody.

My cousin has stopped talking to me because my aunt made her stop painting. This caused problems between my parents and aunt because they’re telling my aunt it’s fine if she paints. Now there’s tension in our house and my parents are kind of p*ssed at me.

AITA for causing this fight? I admit I lost my temper, but after a year and a half of this, I couldn’t take it anymore. Also, my cousin was really good at painting and it was a way for her to get creative. I feel really bad now that she’s not allowed.”

Let’s see what the folks on Reddit had to say about this.

This person thinks that the woman didn’t do anything wrong and that her cousin needs to be able to take some of her own medicine. 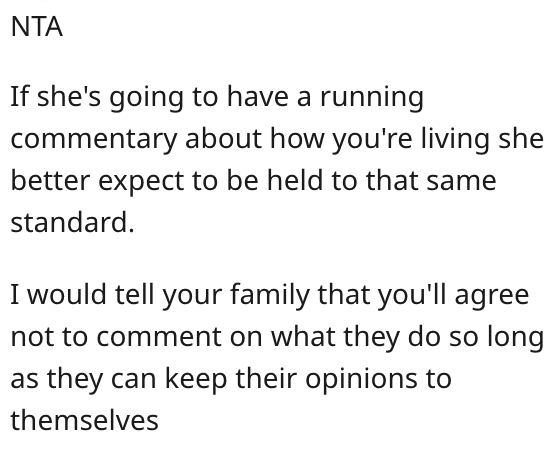 This person stated the obvious: the woman’s cousin is very judgmental…and hypocritical. 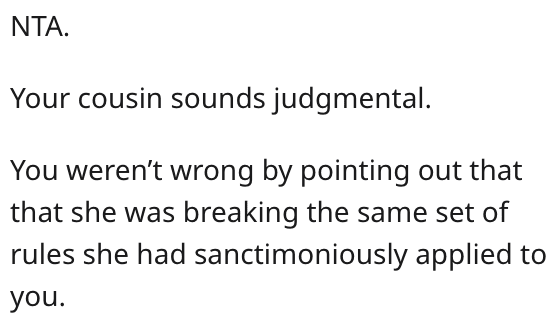 Another reader who is a Muslim said they think the woman’s family might be going overboard in the religion department. 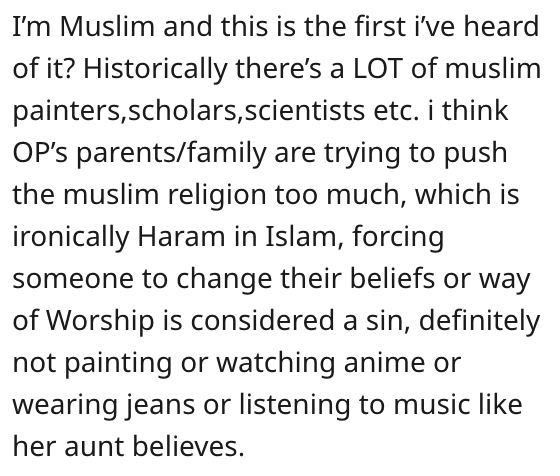 And another individual again brought up the hypocrisy of the whole situation. 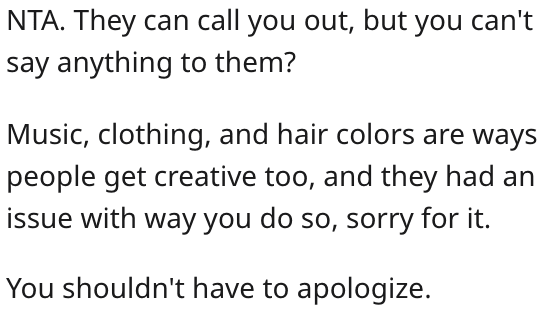 And another Muslim person said that they think the woman’s cousin and aunt are just being downright disrespectful. 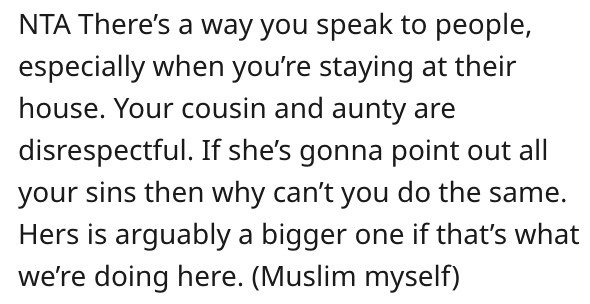