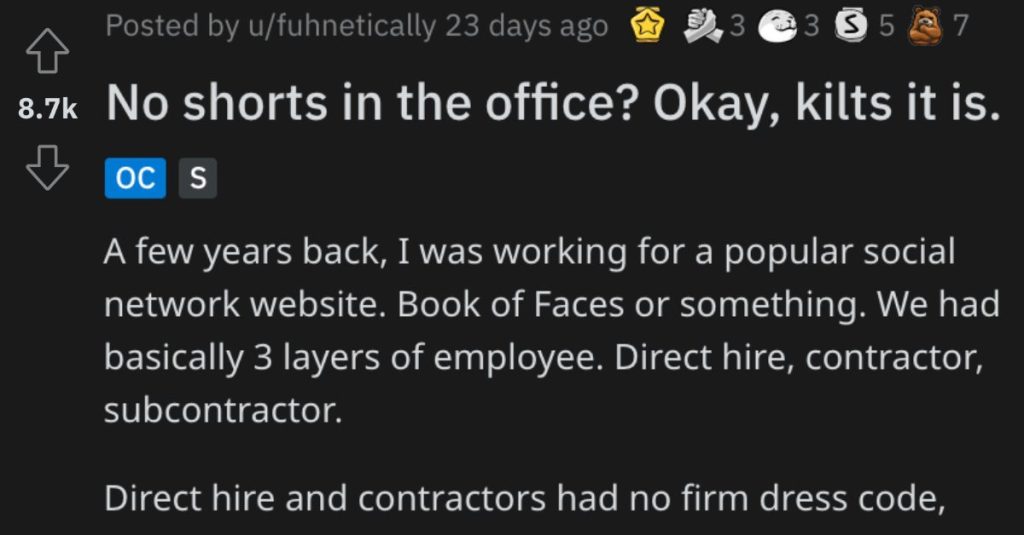 This Person Got Hilarious Revenge Due to a Work Dress Code

I went to public school growing up but there were still a lot of things we weren’t allowed to wear.

The people in charge are just asking for it!

Take a look at this story from Reddit about a person who found a creative way to get around their dress code at work.

No shorts in the office? Okay, kilts it is.

“A few years back, I was working for a popular social network website. Book of Faces or something. We had basically 3 layers of employee. Direct hire, contractor, subcontractor.

Direct hire and contractors had no firm dress code, basically “be clean and presentable”, however, in the contract for us lowly subs, it stated that shorts were not acceptable attire. Skirts were okay for women and those who identify as female. But there was no specific rules about kilts.

I asked my direct supervisor about this “loophole” as it was Texas in the middle of summer and there was no way I was wearing pants everyday. He could not find anything about kilts.

I ordered a couple of utility kilts and started wearing them. My supervisor just grinned at me, knowing I was still technically complying with dress code.

The first few days, I got looks, chuckles, compliments, and high fives. After a few weeks, I was known as “the guy in the kilt”.

One bonus to this whole situation was that I normally have a small belt knife, even though the building had a strict “no weapons” policy. When I wore a knife on my belt, even security thought it was part of a “traditional get up” (in Texas accent).

It helps that I have a giant family crest tattoo on my shin, and several Celtic style tattoos also visible when a skirt.

Here it is, years later and I have a few more kilts, and it’s all I wear from spring to fall. Best compliance loophole I’ve found in my personal life.”

This person said they did something similar at an old job. 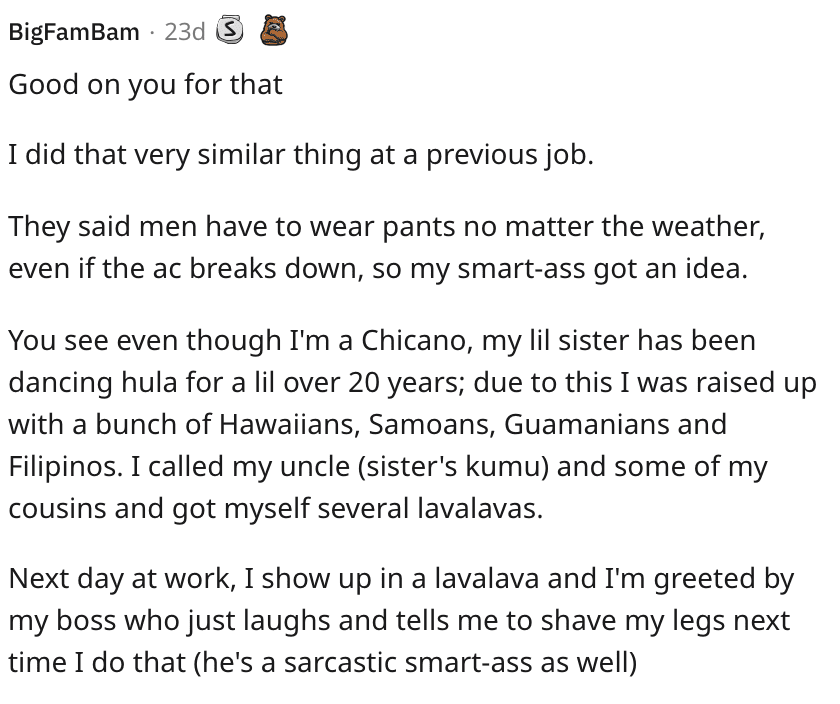 Another reader said they’re actually jealous of this guy being able to wear kilts at work. 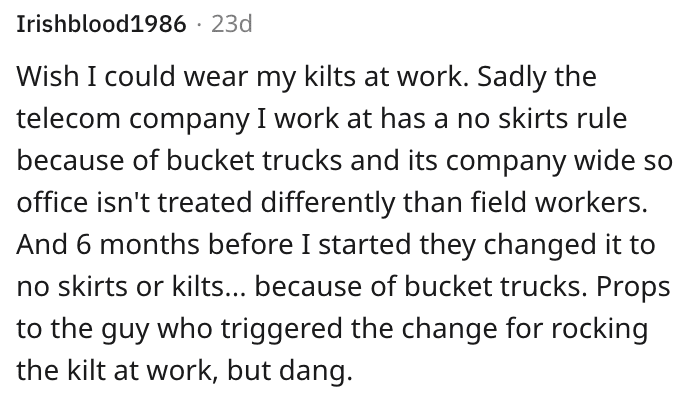 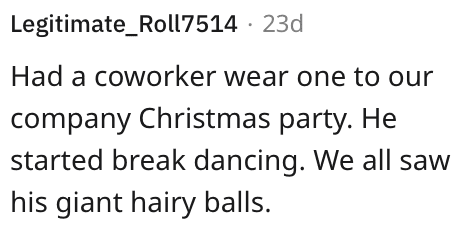 And lastly, this person had a funny experience when they wore their kilt out in public…hey, I say “let your freak flag fly!” 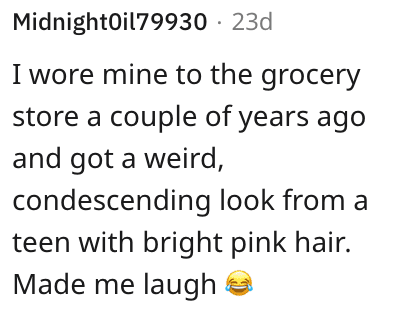 Have you ever had to deal with any strict dress codes?

If so, what did you do about it?