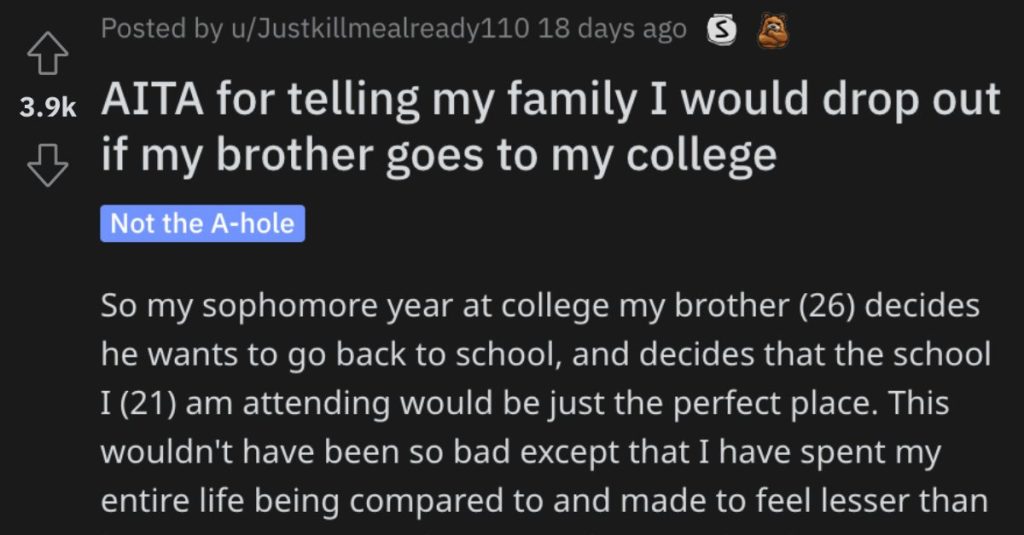 This Person Threatened to Drop Out of School if Their Brother Goes to College. Are They Wrong?

Sibling rivalry is a story as old as time itself…

And here’s another installment for you to enjoy!

A person asked readers on Reddit’s “Am I the A**hole?” page if they’re wrong because they don’t want to attend the same college as their brother.

Take a look at this story and stick around to see what people thought about it.

AITA for telling my family I would drop out if my brother goes to my college?

“So my sophomore year at college my brother (26) decides he wants to go back to school, and decides that the school I (21) am attending would be just the perfect place.

This wouldn’t have been so bad except that I have spent my entire life being compared to and made to feel lesser than him, it was common for my mother to ask “why aren’t you more like brother!?” On an almost weekly basis, and to be honest part of me knows it was at least a little intentional on his part.

He made a huge show of telling the family he was going back to college and that he planned to go to mine and go as far as living on campus and demanding me as a roommate. Openly stated that he “couldn’t wait to embarrass” me. A favorite hobby among my family is telling embarrassing stories of me as a child, not the normal family way either, it was always malicious and designed to hurt.

I toldy entire family I was NOT ok with this, that college was finally a place I could be ME and not just be “Carl’s little brother” they all demanded I apologize and that he can “go to whichever school he wants” so I told them that’s true, but so can I, and I won’t go to one where he is, and I certainly won’t be letting the school room us together.

Now the entire family is treating me like trash, telling me I’m an ingrate, and that I need to “grow up” and that if I’m so against it it means “you’re hidin something from us and we won’t stand for that” so I need him there to keep me “honest” with the family.

In all of it I’m being treated like I’m a complete monster over this, that I “broke his poor heart” not wanting him around to and I quote “follow you around on campus playing you a theme song on my trumpet”.

AITA for not wanting him there? Am I being too childish?”

One reader said that this guy is way too old to be acting like this. He’s 26! 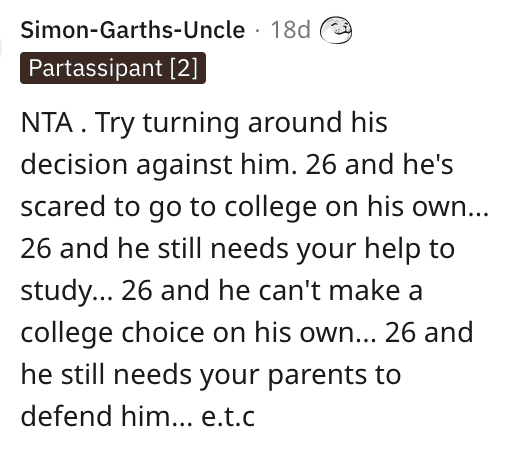 Another person said that this is all about deflection and the brother seems pretty afraid to move on with his life. 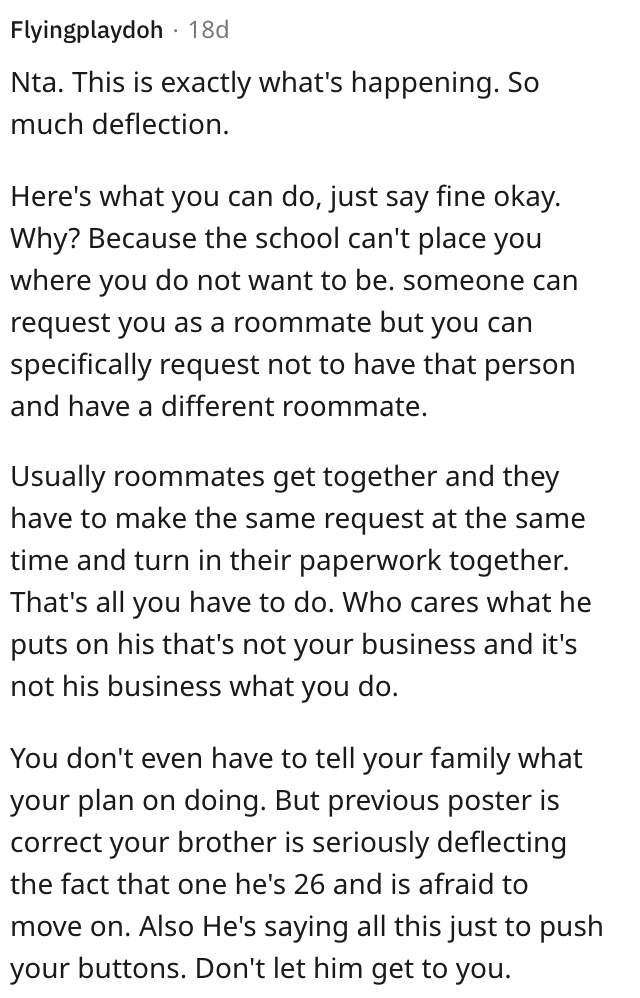 Another Reddit user said that this guy should go a step further and talk to their school about the situation. 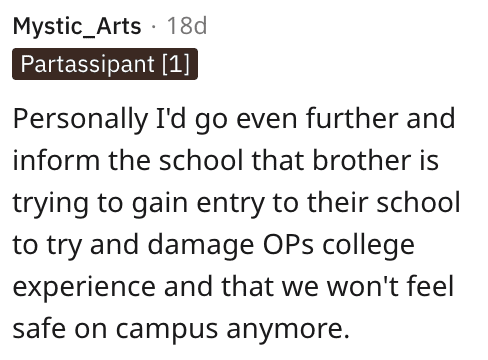 And finally, this person made a good point: going to college is about moving on and becoming a new person.

And obviously that isn’t going to happen if this guy’s brother is lurking around campus. 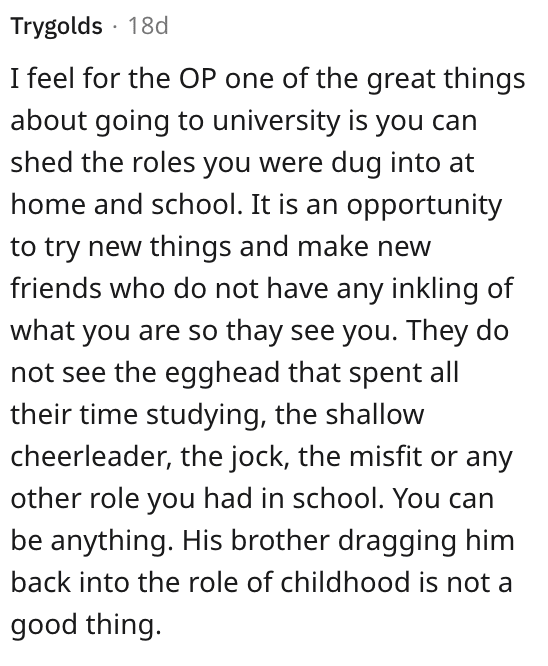 Do you think this guy is acting childish?