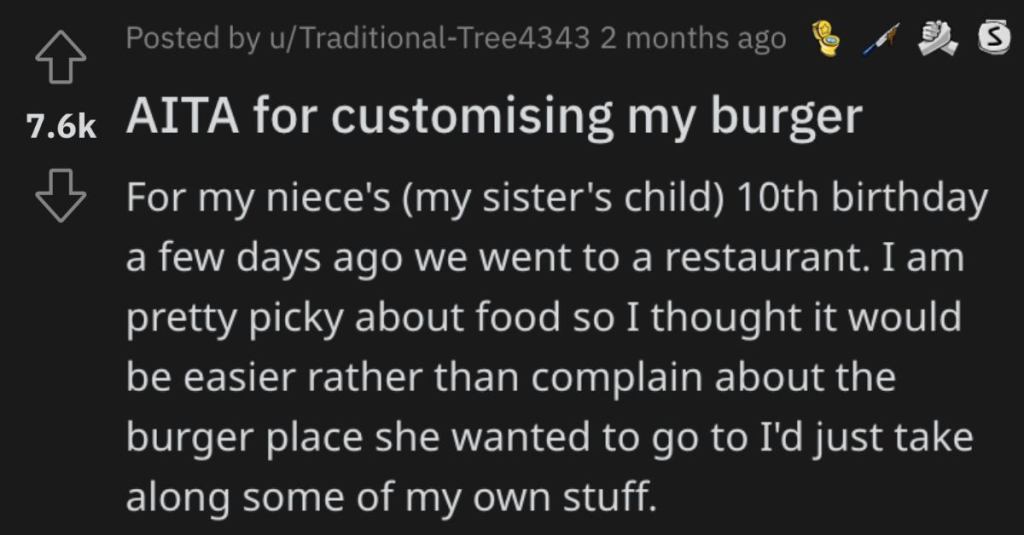 Do you remember that line from the classic 1990s film Men at Work?

Well, even if you haven’t, you should know about that rule in life.

And the same goes for someone’s burger!

Who are any of us to tell another individual how they have to eat their hamburger?

AITA for customizing my burger?

“For my niece’s (my sister’s child) 10th birthday a few days ago we went to a restaurant. I am pretty picky about food so I thought it would be easier rather than complain about the burger place she wanted to go to I’d just take along some of my own stuff.

The actual meat is okay but they do horrible over sweet brioche and fancy named complex burgers and it makes the food basically inedible it’s so disgusting. I ordered their most basic burger with just some lettuce and had brought my own bread, some cheese and some BBQ sauce.

Nobody said anything at the time, none of the staff cared and honestly I think the guys at the next table were pretty jealous but afterwards my sister told me I was being a total a**hole and ruined the evening and drew all of the attention away from my niece on her birthday.

My niece didn’t seem unhappy, basically nobody commented beyond “haha don’t you want one of these fancy burgers”. I got to eat food that was actually edible and I don’t think I was being an a**hole but idk. Was my sister just being weird or does she have a point?”

This reader said this person is an a**hole and they really gave them an earful. 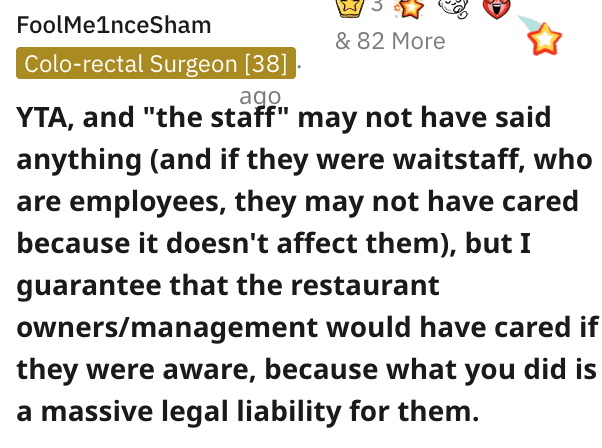 Another Reddit user had a similar person like this in their life…and that’s not a good thing. 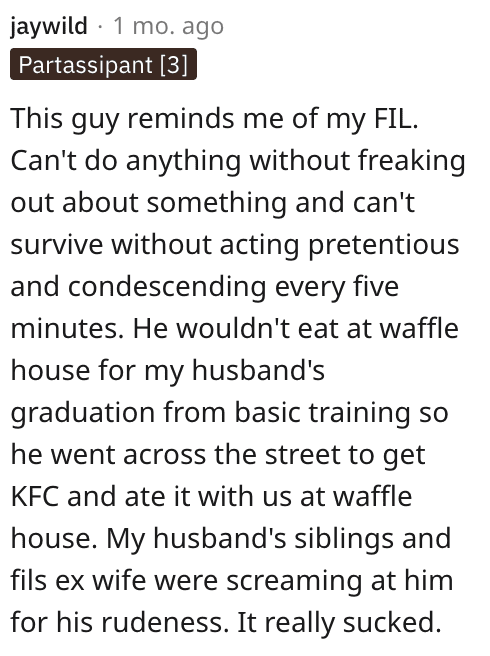 And this individual said this person is definitely an a**hole. 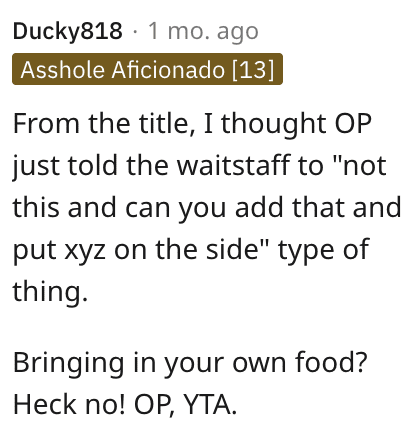 Now it’s your time to shine!