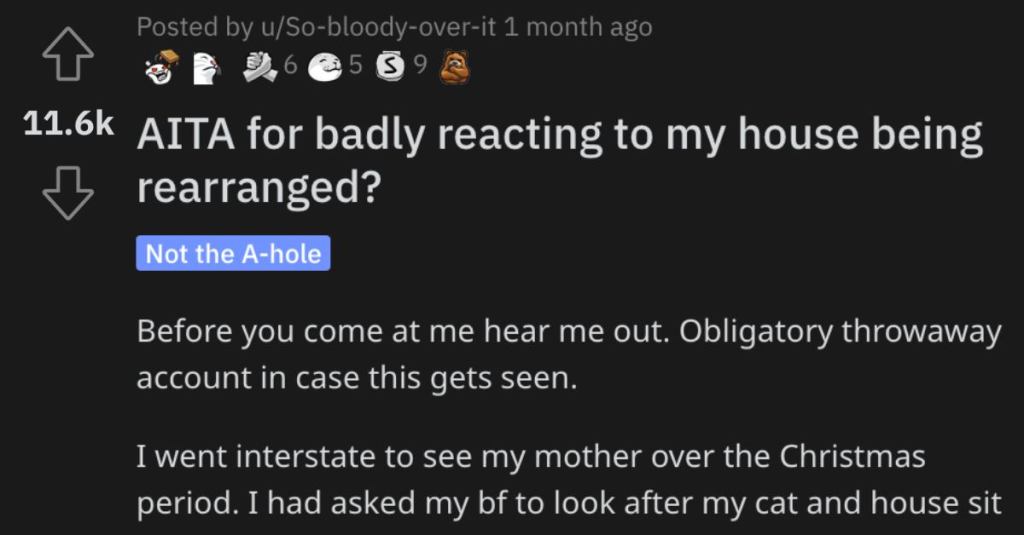 Was This Person Wrong for Reacting Badly to Their House Being Rearranged? People Responded.

Here’s a life lesson for you: some people don’t like having their living spaces rearranged, so it’s wise not to mess with them.

And this person asked the fine readers on Reddit’s “Am I the A**hole?” page if they overreacted when their house got a new look.

AITA for badly reacting to my house being rearranged?

“Before you come at me hear me out. Obligatory throwaway account in case this gets seen.

I went interstate to see my mother over the Christmas period. I had asked my bf to look after my cat and house sit for me while I was away. I said to him not to have anyone over which included MIL. I think that’s a pretty reasonable request. While I was away bf secretly had MIL over to my house under the guise of meeting the cat.

MIL got it in her head that I needed her to “tidy up” so they set to work “tidying up” while I was gone. I asked bf not to get too carried away and not to touch anything that could be classed as rearranging. I thought I made myself very clear on my stance about this. Bf actively lied to me about not having anyone over while I was away.

I come home, bf picks me up from to airport to tell me that my father is coming to my flat to see me. I thought the flat was still the way I wanted it. We get through the door to my flat and absolutely everything has been changed. I walk around and I lose my s**t saying to bf that I told him not to go overboard. I started crying because he didn’t respect my wishes and told me that MIL had been there to help him.

I lose it even more finding out that MIL who is a first class snooper has been in my apartment touching my things and putting my life on display. Bf got up in arms because I was being ungrateful and I said to him that I didn’t want this, I didn’t ask for this at all and to find out that MIL had been here without my permission really made me mad. I said to him he should have consulted me about the changes he was going to make instead of just doing it and making me learn to like it.

My Dad came over and I was in a foul mood having just learned that my privacy and my home had been violated. Dad thought I was being unreasonable about the state of my house (bf and MIL made it look like no one lives there) I stood my ground and said it was too much change and now they have made it so I can’t change it back.

Bf said I was an AH because of my reaction to this. I’m starting to think I am, but I also feel like it was a heathy reaction to someone completely turning your house and stuff upside down without you knowing.

This person said they should end the relationship over this violation. 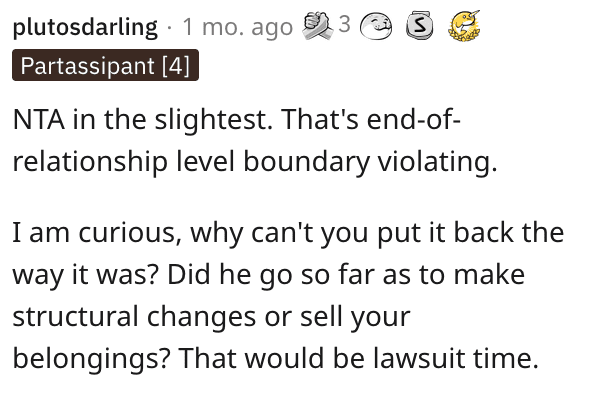 And another Reddit user said they’d have a meltdown if this happened to them. 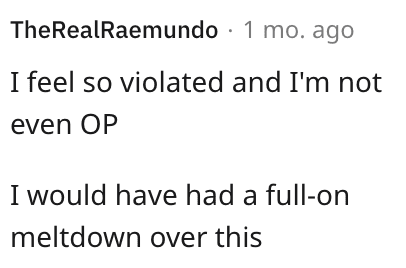 This reader had some good advice about how to move forward. 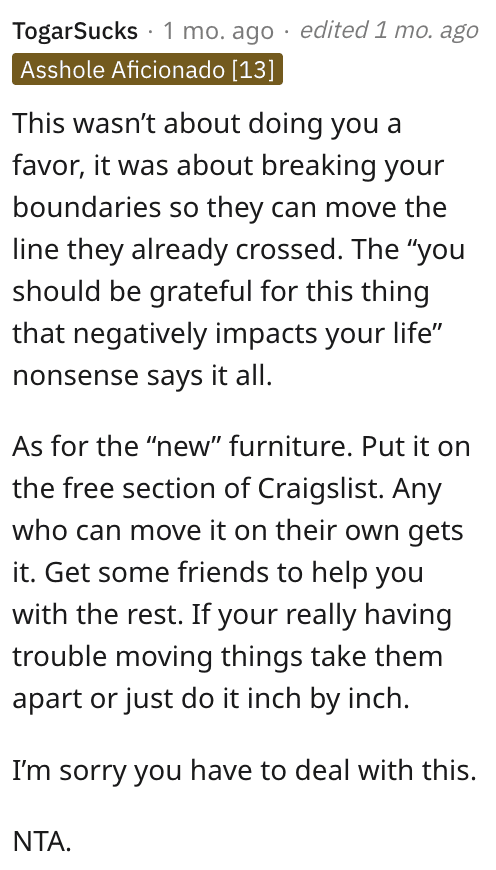