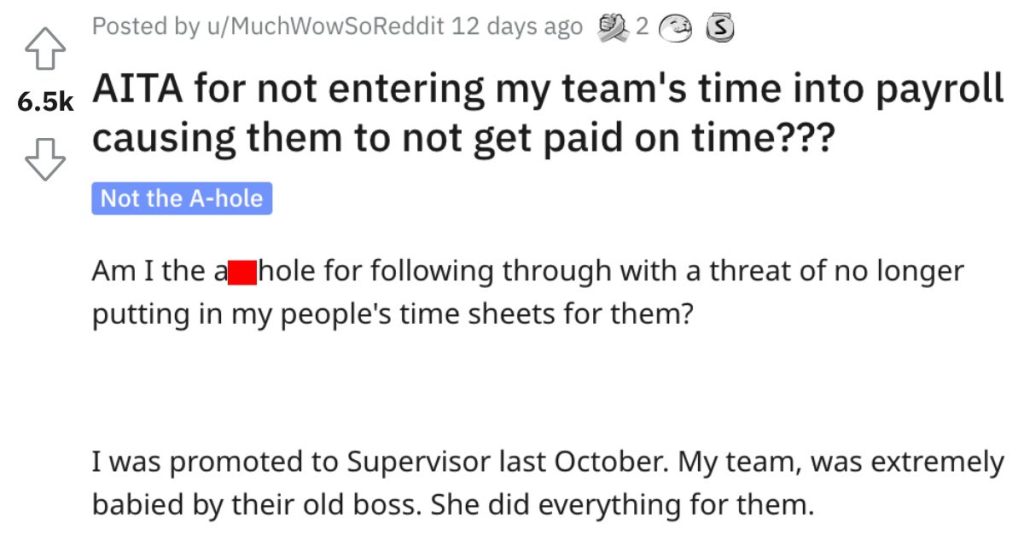 This Person’s Actions Caused People to Not Get Paid on Time. Are They a Jerk?

Doesn’t it drive you crazy when you show people how to do things again and again and they STILL don’t do it correctly?

And then they turn it around on you?

And a person who works as a supervisor is now catching a lot of flack because some of her employees didn’t get paid…but she might be getting blamed unfairly.

AITA for not entering my team’s time into payroll causing them to not get paid on time???

“Am I the **shole for following through with a threat of no longer putting in my people’s time sheets for them?

I was promoted to Supervisor last October. My team, was extremely babied by their old boss. She did everything for them.

These are all adults (I’m talking most of them have degrees and are past college age). This is an entry level position but I have been trying to make them more self sufficient and prepare them to get promoted and be ready to take on more responsibility.

One thing they do poorly that was always done for them is the old boss was always putting in their time sheets. Company handbook policy is that subordinates do their own timesheet and are 100 pct. responsible for their own entry. Supervisors verify vacation time and Overtime was coded correct.

Some of my people did not know how to even enter their time. It was that bad.

I have spent countless hours training and coaching them how to put in their time. I have caught it, many times where some of them have forgot to enter their time, and, just before the deadline for payroll to run, I was able to enter their time to get them paid.

Followed by coaching and a verbal reminder to do their time.

I have a pop-up calendar reminder that goes out every Friday to remind them, to both there work and personal emails to enter their time at the end of the day. Which includes a link with instructions on how to enter time – both instructions and our payroll can be accessible internally and externally off the company network.

I finally had enough and verbally told my team in a team meeting that the next time someone forgets to enter their time, I will not enter for them.

Keep in mind that our payroll system allows for pre-entry of time for up to 4 months. So they can’t enter their straight time, holiday pay, planned vacation pay in the system ahead of time.

This last pay period, I had half my team forget, yet again, and they didn’t get paid. They can enter their time, but won’t get their pay until the following pay check.

They all are threatening to quit, which I don’t really care because we are overstaffed anyway and could fill the position easily.

So, after almost 1 year of coaching and warning, not to mention weekly email reminders I made good on my threat because they can’t get their s**t together.

Now let’s take a look at how folks reacted on Reddit.

This reader said that these employees sound pretty incompetent. 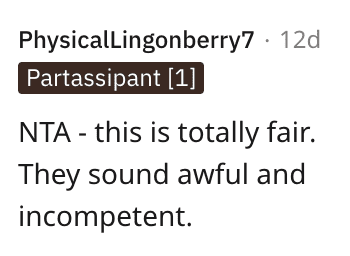 Something to think about… 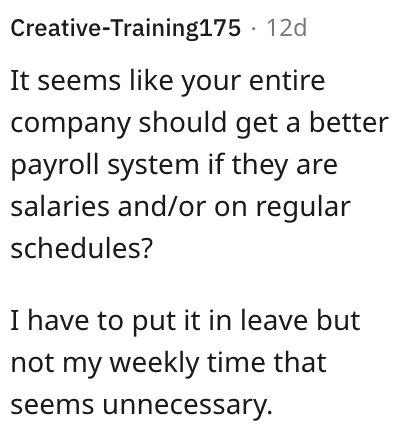 This person said that if that is part of the job description, you gotta do it. 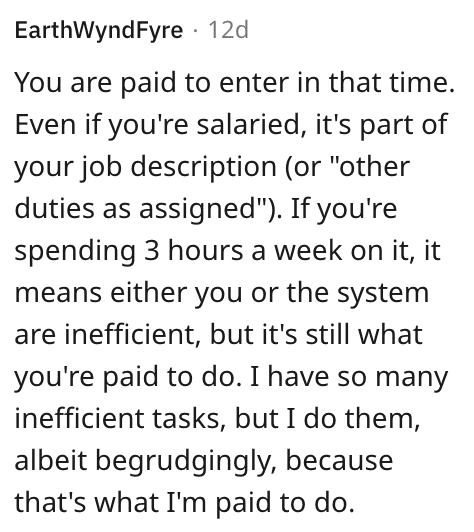 And this individual said that the person who wrote the post was more than patient in this situation and didn’t do anything wrong. 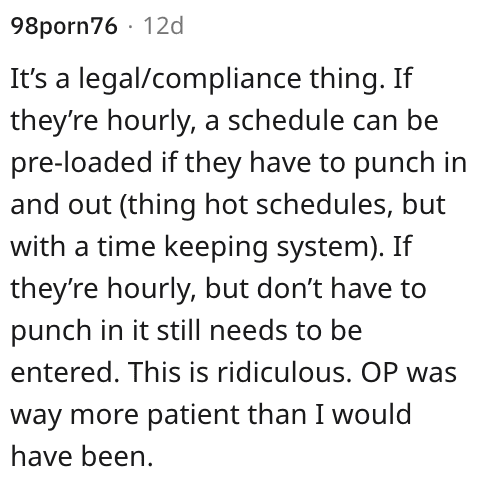