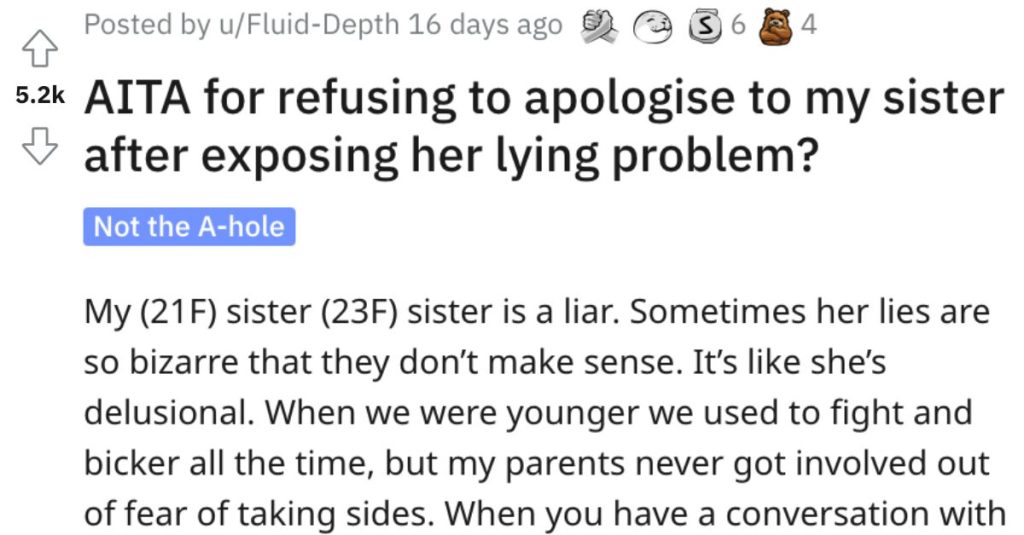 This Woman Exposed Her Sister’s Lies and Refuses to Apologize. Is She Acting Like a Jerk?

Especially people who lie constantly about EVERYTHING.

What kind of life are you living?

A woman called out her sister’s lies but now wonders if she went too far. Let’s see what happened…

AITA for refusing to apologize to my sister after exposing her lying problem?

Sometimes her lies are so bizarre that they don’t make sense. It’s like she’s delusional. When we were younger we used to fight and bicker all the time, but my parents never got involved out of fear of taking sides. When you have a conversation with her it is almost impossible to tell the truth from the lies.

Last year she got married, and accused her MIL of hitting her. This enraged my mother who cut ties with all of my sisters in-laws, even though they were extremely close. Soon my parents noticed that her accounts of the event dramatically differed every time and it became very clear she was lying. My parents are devastated now because accused their friend of something she didn’t do.

My mother wants to fix the situation, and I suggested she tell the truth, but she doesn’t want my sister to deal with the repercussions of the damage she has caused because my sister doesn’t deserve to be confronted or isolated by the family, which is likely what will happen. My sister hasn’t spoken to her husband in months, he is now extremely depressed and struggle to eat/sleep.

When you confront my sister about one of her lies, she throws a massive tantrum, she screams, cries and ignores you for days, incapable of having a normal conversation. She also h**es my guts and I really don’t know why.

I think it’s because our parents didn’t allow us to go to university but I fought (with help from police) and persevered my dream to go, whereas she just accepted not going. My parents always beg me to be nice to her and spend time with her but it’s impossible to be around her with the way she is so hostile and lies all the time.

A few days ago, I ordered some frozen mice off the internet for my tortoise. I repeatedly asked my sister if she had picked up any post for me, (she was the one that took the post those days) and she said no every time. Yesterday my mum found a parcel hidden downstairs under the warm printer with my name on it.

The parcel was covered in tape that said “dry ice” in capital letters and my mum handed it to me. Sure enough, the 50 mice had defrosted and were rotting. I was infuriated as these mice had been k**led just to end up in the bin. Just because the parcel had my name on it she had to sabotage it.

I explained to my parents that I knew it was her and that she should be punished for this and recompense me for the money I paid for the mice. Later on my mum confronted her and, sure enough, she denied it and started screaming and crying and ignoring everyone.

My mum wants me to apologize and rekindle my relationship with her. I told her I should not apologize as I’ve done nothing wrong and she should open her eyes and see that my sister is delusional and is ruining lives. This situation is really upsetting as I feel I’m doing something wrong. I feel like must be an awful person for my own sister to despise me so much.

Whew! Now it’s time to check out what Reddit users had to say about this.

This reader said that the woman’s sister really does sound like she’s mentally ill. 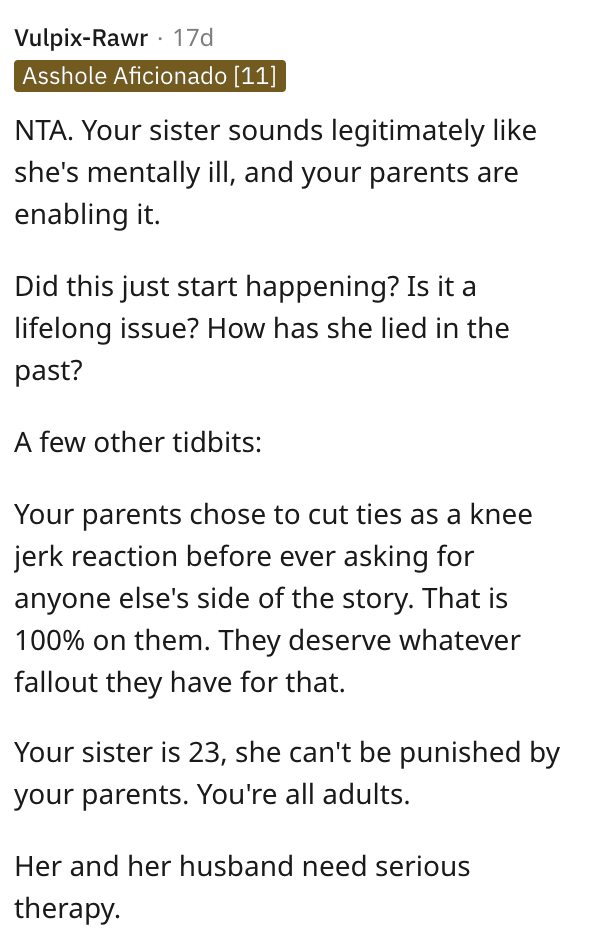 Another Reddit user said that it’s about time this woman deals with repercussions from the lies she tells. 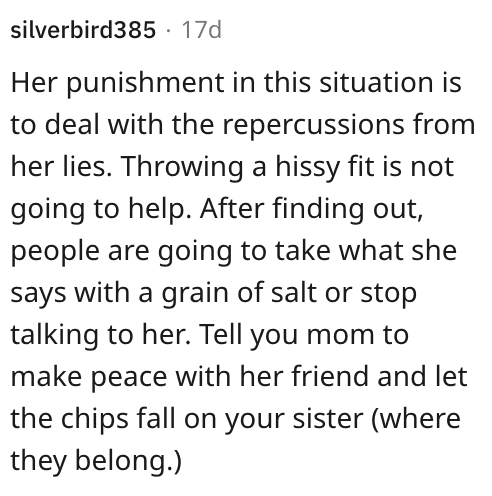 An individual pointed out that the sister has been able to get away with being a liar her whole life…that much is pretty obvious. 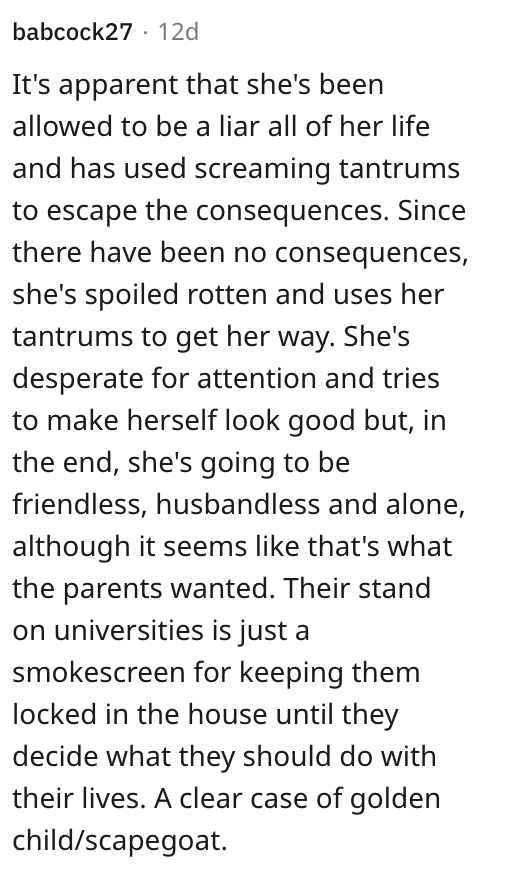 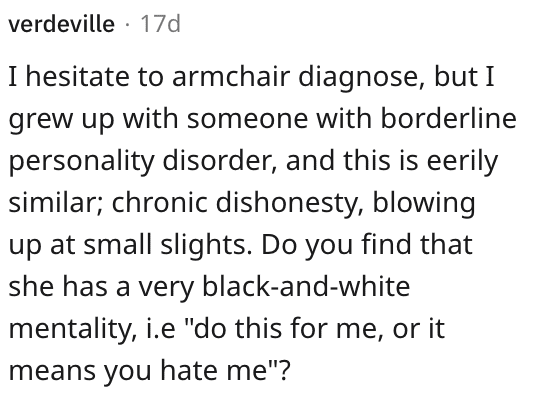 Do you think this person did the wrong thing by exposing their sister’s lies?