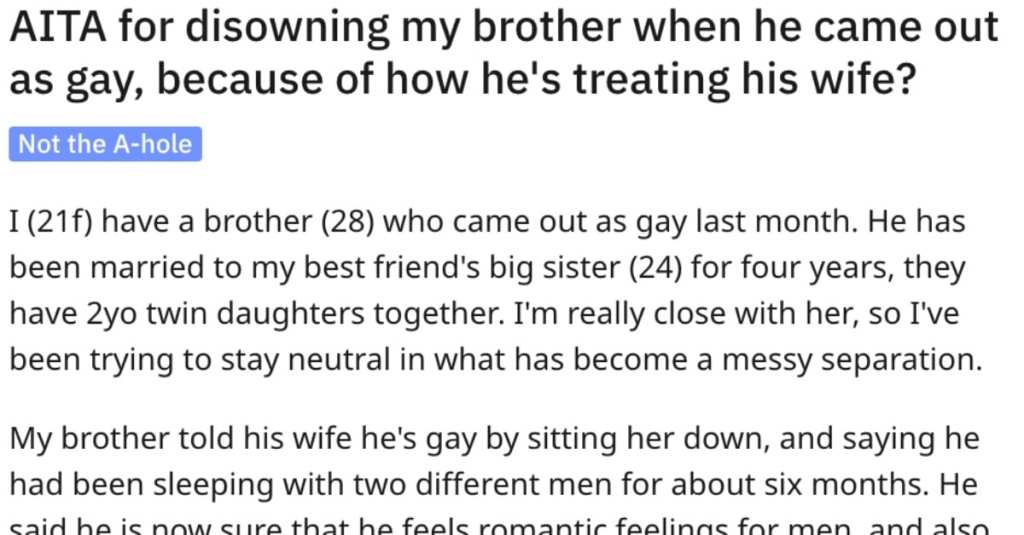 Are you looking to read about some family drama?

A 21-year-old woman shared her story on Reddit’s “Am I the *sshole?” page to ask if she is wrong for disowning her gay brother.

AITA for disowning my brother when he came out as gay, because of how he’s treating his wife?

“I (21f) have a brother (28) who came out as gay last month. He has been married to my best friend’s big sister (24) for four years, they have 2yo twin daughters together.

I’m really close with her, so I’ve been trying to stay neutral in what has become a messy separation.

My brother told his wife he’s gay by sitting her down, and saying he had been sleeping with two different men for about six months. He said he is now sure that he feels romantic feelings for men, and also told her he has been sleeping with random men from Grindr for over a year behind her back.

She obviously freaked out, asked him how he could do this, why didn’t he tell her when he started having the feelings, etc. He said that he’s always thought he was gay but he didn’t want to come out because it might affect his career. She asked him what about the effect on her life? She is now a single mother to two toddlers.

He was essentially very angry that she wasn’t supportive of this, so he kicked her out of the house, with the kids. After she eventually found a place to stay, my brother moved in one of the men he has been having an affair with.

Since then, he has had very little contact with the kids, as in speaking to them on the phone once a week maybe. He has expressed that he still doesn’t want to be public about coming out, so he posted on Facebook that he has separated from his wife because they aren’t in love anymore and hinted SHE was the unfaithful one (posting things like ‘yeah, seems like someone in this relationship wasn’t satisfied with just one man’) and is basically being a d*ck.

I told him a couple weeks ago that he’s a f*cking *sshole and I don’t want to be involved with him anymore because I think it’s disgusting that he’s treated his wife like this.

I told him I get that you have to come out in your own time, but you don’t need to kick her out, ignore your kids and berate her, and you don’t need to make comments that people will assume mean she was being unfaithful (he said this was a joke about him having two partners now? still f*cked up).

He said I’m being a homophobic *sshole, and that I don’t know how hard it is to come out. He said that if I don’t accept him, I’m a bigot. He made mistakes and what not. I said maybe I will forgive him if he improves his behaviour to his wife, and he said he resents her for keeping him from sleeping with men for years. I gave up at this point.

And here’s what people had to say on Reddit.

One person said that this young woman was not wrong for her actions and that her brother is clearly the *sshole here. 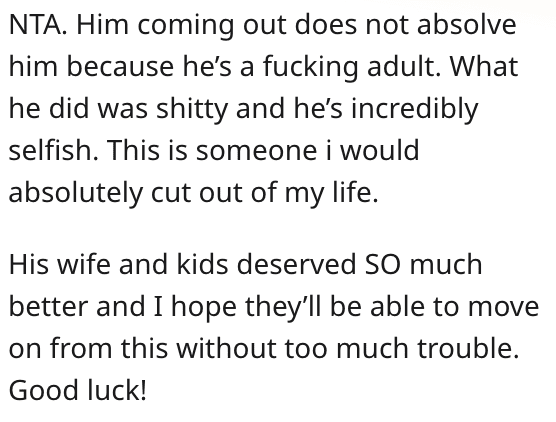 Another person was right on point: just because you come out as gay doesn’t mean you get to do whatever you want. 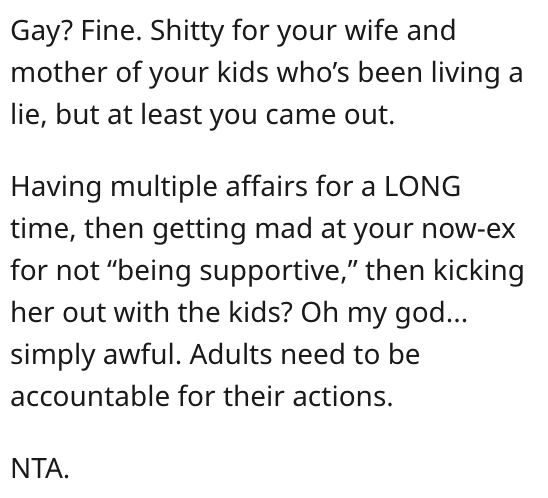 This reader said that “relation is not obligation.” And I think a lot of people don’t want to admit that or ever do anything about it. 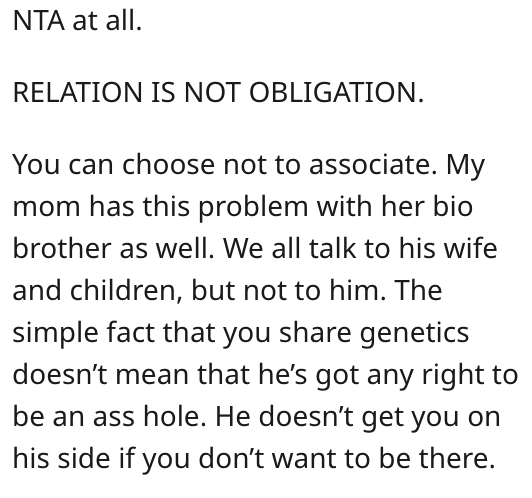 This Reddit user said that the woman’s brother should have been honest and open with his wife a long time ago and it would have made the situation a lot easier. 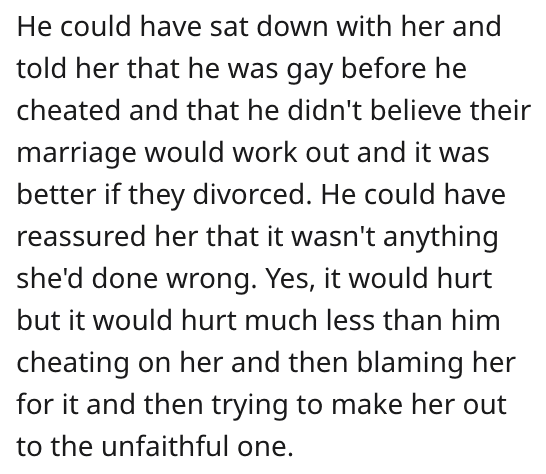 Lastly, a person said that the brother’s behavior is unacceptable and that he has effectively ruined his relationship with his kids. 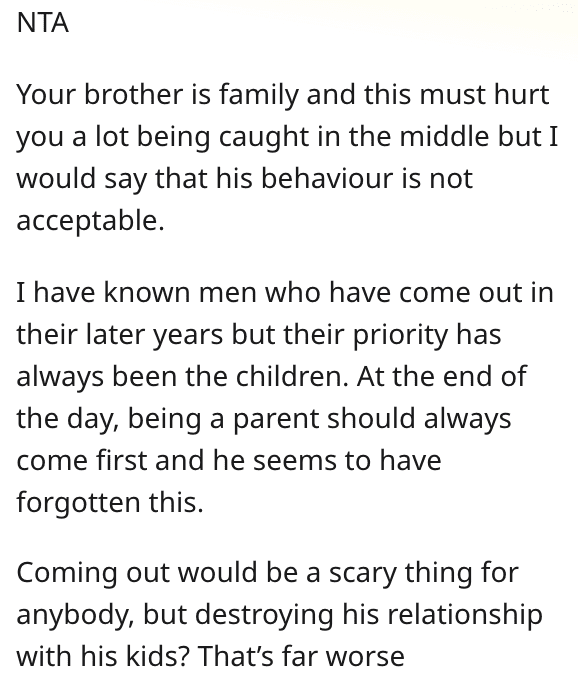 Wow…this is a real doozy…

Is this woman being a jerk or is she justified in her actions?